The initial criticism of Donald Trump's withdrawal from Syria has turned to praise for the killing of Abu Bakr al-Baghdadi writes Al-Watan. 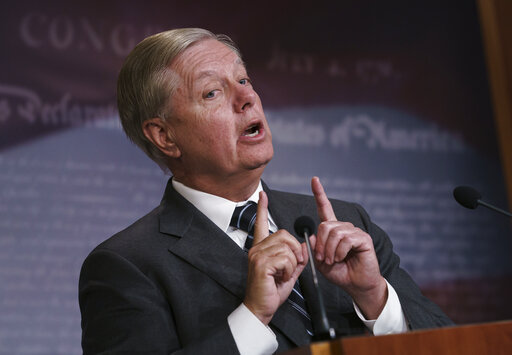 No more than a few days had passed since the sharp criticism the US President Donald Trump received from Republican and Democratic senators for his strategy in Syria, when these criticism turned into praise after Trump announced the death of the Islamic State’ (ISIS) leader, Abu Bakr al-Baghdadi, in an American military operation in northwest Syria.

On Sunday, Trump said in a statement from the White House that Baghdadi had blown himself up after he was surrounded by American special forces at the end of a tunnel in Idleb. Trump described the night operation as “daring” and said that the special forces “accomplished their mission in grand style.”

The Speaker of the House of Representatives, Nancy Pelosi, tweeted criticism that Trump had not informed Congressional leadership, contradicting custom and tradition, but she also said: “Americans salute the heroism, dedication & skill of our military and our intelligence professionals.”

Critics from Trump’s Republican Party included Senator Lindsey Graham, who described the American withdrawal from northern Syria as a “complete and utter national security disaster in the making.” But he quickly retreated from his criticism, saying that Baghdadi’s death was a “game changer” and added: “This is a moment where President Trump’s worst critics should say, ‘well done Mr. President.’”

The leader of the Senate majority, Mitch McConnell, who had criticized Trump’s strategy in Syria as “grave strategic mistake,” praised the operation and said in a statement: “I applaud President Trump’s announcement that US special forces have eliminated ISIS leader Abu Bakr al-Baghdadi. The world’s most wanted man has been brought to justice. The world is a safer place today.”

It appears that conditions are turning in Trump’s favor with the approach of the presidential elections. He has succeeded in keeping his promises to bring American soldiers back home, and to eliminate ISIS with the death of its leader. He has succeeded in triumphing over his critics in Washington.

Is it a coincidence that American intelligence forces found the ISIS leader at this particular time? Or was it calculated and agreed upon to take place at this time to benefit Trump?

Whether we believe in conspiracy theories or in luck, Trump—like former President George W. Bush, who killed Islamic State leader Ayman al-Zarqawi in 2006; or former President Barack Obama, who killed al-Qaeda leader Osama bin Laden in 2011—will be remembered by history as the president who killed Abu Bakr al-Baghdadi, leader of ISIS, in 2019.