The Syrian lawyer Khalil Maatouk dedicated his life to defending people who had been arrested by the Assad regime, but in the end, found himself inside one of the regime's cells writes Brocar Press. 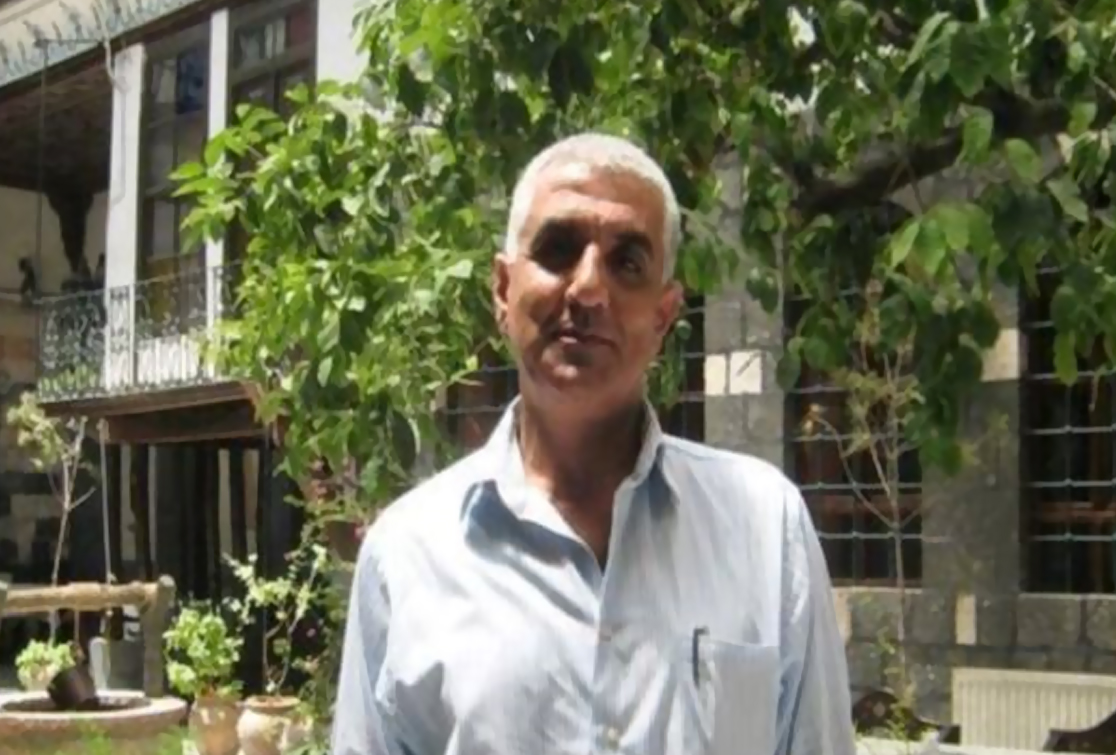 From the moment the Syrian lawyer Khalil Maatouk was arrested on Oct. 2, 2012, with his companion Mohamed Zaazaa, I have tried—and am still trying—with many people, in every way possible, to find out where they are being held, or at least find out why. This has been to no avail, in light of the Assad regime’s insistence on staying silent on the matter and refusing to clarify any information about them, as is the case for tens of thousands of Syrian men and women who are still languishing in the dungeons and prison cells of the Syrian intelligence agencies. Meanwhile, the regime has not been embarrassed to release members of the Islamic State (ISIS) and al-Qaeda and their brothers in armed militias who have committed crimes against the Syrian people.

While many of Khalil Maatouk’s friends—especially the leftists—gave up their flowery slogans and joined the ranks of those defending the dictatorship, Khalil insisted on continuing to defend comrades of conscience and expression. In order to remain independent, he did not hesitate at all to announce his resignation from the Syrian Communist Party to devote himself entirely to human rights defense work.

Khalil continued his struggle to defend prisoners of conscience and every Syrian who was arrested for his views, despite the danger that he could be arrested at any moment, in light of the severe arrest campaigns that intensified from time to time. All the threats and security summons he was subjected to did not discourage him from continuing his long journey which lasted more than 20 years, in defense of thousands of prisoners, Syrians and Arabs.

He was not afraid of arrest, and indeed expected it at any time. Then, in the end, he was added to the long caravan of prisoners along with his colleague Mohamed Zaazaa on Oct. 2, 2012, transforming him from a human rights defender, into a prisoner who was in need of defense, like the tens of thousands of prisoners held by the Assad regime in its dungeons and cells.

His office was full of files telling the stories of arrest and suffering in the prisons of the Assads, both father and son, and in particular those files in which he was defending prisoners before the infamous High State Security Court. My attention was drawn to the great diversity of prisoners mentioned in these files, which include Syrian prisoners who belonged to various political and ethnic movements—Arabs and Kurds, Armenians and Assyrians, Christians and Muslims, Communists and Nasserists, Islamists and Baathists, as well as Palestinians, Lebanese, Jordanians and Iraqis.

The last time I saw him was in the city of Jaramana, where we took part in the funeral for the martyr, Dr. Osama Baraka, who had been killed after his release from the dungeons of Air Force Intelligence. He was clearly saddened by the passing of Dr. Baraka, who had tended to the poor and was a peaceful activist. Two days after that, Anwar al-Bunni informed me that Khalil had been arrested along with his friend Mohamed Zaazaa after leaving his house on the way to his office in al-Baramkeh.

Seven years have passed since Khalil Maatouk was arrested with Mohamed Zaazaa, and Assad still insists one holding them and not releasing them and remaining silent about where they are held and why—just as he is doing for tens of thousands of prisoners whose fate is still unknown, such as Dr. Abdel Aziz al-Khair and his friend Maher al-Tahan; Eyas Ayash and Faeq al-Mir Abu Ali; Dr. Mohamed Bashir Arab; the two artists, Zaki and Mahyar Kurdillu; the lawyer Samer Idriss; the journalist Jihad Mohamed; engineer Buhaij Saloum and Adnan al-Zarai and Rajaa al-Nasser and the long list of many others. The sins of these prisoners was calling for freedom and peace for the Syrian people. Their sin was also that they were not “Islamists” and were not extremists in anything but for dignity and freedom for Syrians, unlike those the regime did not hesitate to release, as on May 31, 2011, when it released thousands of “Islamists” from its prisons, especially the extremists, in a clear plan to destroy the Syrian revolution. Those released included: Sheikh Mohamed Ayman, Muwaffaq Abou al-Tout, Abou al-Abbas al-Shami—the spiritual father for Ahrar al-Sham—and Hassan Aboud, who founded the movement; Zahran Alloush, who founded Jaish al-Islam; and Ahmed al-Sheikh Abou Eissa, who founded  Suqour al-Sham; and many others who were released from prison. Not only did they release these people, but they made it easy for them to become leaders in the ISIS and al-Qaeda and other Islamist groups, in order to help them make the revolution deviate from its noble aims—and then to militarize it in preparation to eliminate it and then to use these armed groups and factions as well, to justify crimes against the Syrian people on the pretext of fighting terrorism.

Khalil Maatok should have been honored, not arrested.