The United States is continuing to be a disrupting force in Syria, refusing to engage in any solution to the crisis, while also offering no alternatives writes Al-Arab. 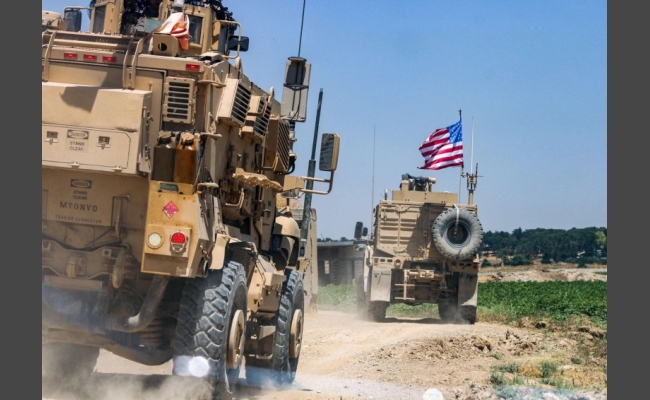 Since Donald Trump took the White House, the United States has turned into a disrupting party in the Syrian crisis. Washington knows that it does not hold the keys to a solution to the crisis, because that would entail a direct war with the Russians and Iranians and Turkey. And so it has decided to prolong the crisis indefinitely—or, to put another way, until all the advantages of delaying a solution for the United States and its regional allies are spent. What has Washington done to end the Syrian crisis in the era of Trump?

It does not seem that the American president is interested in anything but the northern regions where his forces are present, he claims that he does not want to stay there, before increasing their numbers and equipping them and then warning the Turks against going near them.

There will be no solution to the Syrian crisis without the participation of the United States. It is occupying about a third of the country, which represents the breadbasket and energy source for Syria. Several thousand American soldiers are living in this third of the country, giving Washington a justification to hold this region on the pretext of protecting them, first of all, and then fighting terrorism which plagues the border of the American colony east of the Euphrates from time to time.

What reasons are there for the United States ending the Syrian crisis? The answer is, none. Obstructing the solution is more useful for Trump. Obstruction does not mean working to derail efforts for a solution, but just not participating in them. This is entirely what Washington is doing, and this alone is a guarantee that any approach to end the crisis will fail, whether that comes from the United Nations, Russia, Turkey, Iran or someone else.

Washington is turning its back on the battle for Idleb, paying no heed to the pressures on Syrian refugees in Turkey and Lebanon, and not even issuing a statement asking why there are no talks in Geneva. All this says one thing: The United States is no longer interested in ending the Syrian crisis. In truth, it hasn’t been interested since the beginning. But Trump is more clear than Barack Obama in this respect.

Washington derailed Moscow’s efforts to normalize Arab relations with Damascus at the start of the year. Some read this as America clinging to the idea of ending Assad’s legitimacy. But it was only an insistence on prolonging the crisis—prolonging it until Israel is prepared for Iran in Syria and the Iranian-Russian-Turkish alliance collapses, the Syrian Golan is turned into Israeli territory, Qamishli into a new Erbil, and the northern areas west of the Euphrates into a Turkish state.

There are those who believe that Washington is betting on toppling Assad through economic sanctions, brought down by a revolt of the hungry—as if the first revolution had been imported or those who had demonstrated against Assad in 2011 were the country’s wealthy and business owners. The sanctions may embarrass the Russian envoy to Syria, as the de facto president there, but not to the extent that he will come to the Americans agreeing to their terms for a solution to the crisis.

The continuation of the Syrian crisis costs Washington nothing. Obstructing its solution only hurts Syrians, no matter how useful to certain classes it might appear in the short term. The problem is that Trump does not need to change his policy of disrupting the crisis to win a second term. The great disaster is that some of his competitors in the coming elections still recognize Assad’s legitimacy.