Despite being one of the guarantor states of the Astana process, Turkey has allowed foreign fighters to cross into Syria and has failed to uphold international agreements writes The Syria Times. 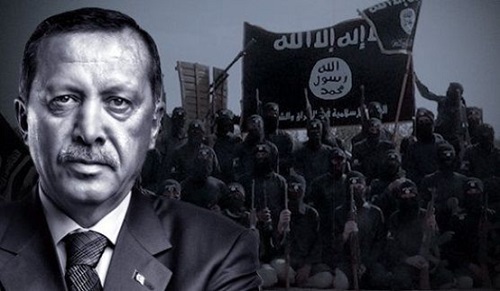 From the very beginning of the Astana process, all the final communiques issued at the end of each round stressed a commitment to Syria’s sovereignty, independence, unity, territorial integrity and cooperation, until the terrorist organizations are totally eradicated. However, Turkey, despite being one of the three guarantor states of the Astana process, has been breaching the Astana understandings by training terrorist groups, supporting them and facilitating their movement into Syrian territories.

The most recent violation of the Astana process took place during the most recent round of talks recently concluded in the Kazakh capital Nur Sultan. Hours after putting into force the cease-fire agreement in the de-escalation zone in Idleb, terrorist groups fired several rockets from Shahshabou mountain the Turkish observation point No. 10 towards the Syrian coast, claiming one life and injuring three civilians, in addition to causing huge material damage to public and private properties. This means that Turkey is part of the problem and not the solution. Over the last eight years, the Turkish regime has been offering unlimited support to the terrorist groups.

Turkey has continued to conspire against Syria by supporting terrorists that came from more than 80 countries through Turkey to join the Islamic State, Jabhat al-Nusra, Ahrar al-Sham, and other al Qaeda-affiliated groups.

The attempts made by the Turkish regime to depict itself as the victim, defending itself against terrorism, is misleading.

Everyone is aware of what this regime has done with regards to offering all forms of support to terrorist organizations and violating Security Council resolutions that pertain to combatting terrorism.

The Turkish government is directly responsible for the shedding of Syrian blood and the humanitarian suffering of millions of Syrians inside and outside Syria as a result of Erdogan’s support for takfiri terrorism. If Turkey and other neighboring countries had abided by the Security Council’s counter terrorism laws, most elements of the crisis in Syria would have been resolved.

Erdogan has regularly facilitated the entry of the armed terrorist groups into the Kassab area in the Lattakia countryside. Erdogan’s government, considered, planned, approved and carried out aggressions against Syria, and these aggressions were carried out on behalf of terrorists and have nothing to do with Turkish national interests.

The Turkish regime has yet to implement its commitments as per the Sochi agreement and Astana process regarding the removal of terrorist organizations from the de-escalation zone in Idleb.

The Turkish commitment to the Astana process should be coupled with actions on the ground, namely halting its military incursions into Syrian territories and supporting terrorist organizations operating in Idleb. What is required from the Turkish regime is actions, not words. It has to pair the beautiful ideas of the final communique with actions on ground as it continues to occupy parts of Syria in violation of the Astana understandings, which stipulate for a commitment to Syria’s unity, sovereignty and territorial integrity.