As the deescalation agreement that governs Idleb continues to crumble, active parties are exploring a potential assault on the region and the implications that it could have writes Al-Araby al-Jadeed. 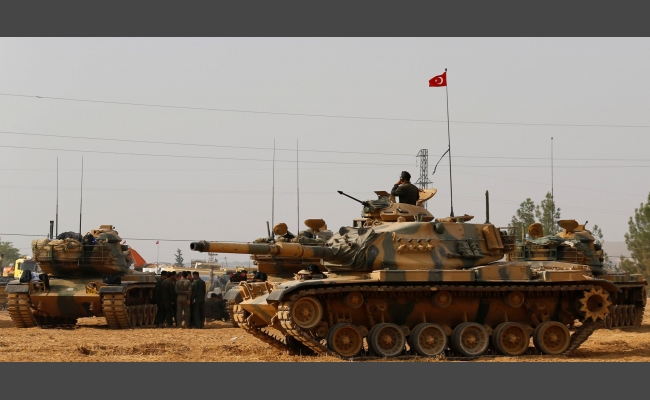 Hay’at Tahrir al-Sham (formerly the al-Nusra Front) has once again prepared the appropriate conditions for Russia to declare a war on Idleb in northern Syria. It has handed them the necessary pretexts they need to put an end to the truce agreements that are guaranteeing the lives of more than three million Syrian living in the fourth deescalation zone in accordance with the agreements between the three Astana partners.

These agreements previously delayed the fighting, but failed to remove the conditions that cause the fighting. The barbecue party Russia and Iran are holding with the flesh of Syrians once again tops headlines. The third partner, Turkey, is staying silent, seemingly stuck between the conflicting messages coming from two sides: The Russians, who have declared war on the area under the influence of their partner in the Astana and Sochi tracks; and the Americans, who are silently standing as spectators before a massacre that targets the same Syrians that American President Donald Trump believes, according to a tweet on September 2018, have been protected from a “grave humanitarian mistake” that would have been committed by Russia and Iran.

The battle that Russia has declared in Idleb means in fact an end to the previous agreement, which granted Idleb to Turkey as a zone of influence. The three countries are returning to the negotiations table again. The United States will not be far away. What it wants out of the theoretical war, which has so far been met with international silence, is not on the list of priorities for Russia, which has the upper hand in the coming negotiations. Russia is moving to secure its interests while implementing America’s international agenda in the region, carrying out agreements with Israel—the focus of America’s interest in the Syrian war—while also ensuring the reduction of Iranian influence in Syria.

On the other hand, Turkey is repositioning itself according to a map in which Turkey does not overstep its geographical boundaries, with assurances of its national security—that is, a return to the international allocations in Syria. Russia, which has never hesitated to stress its desire to see the regime regain control over Idleb, has ensured that in the deescalation zone agreements, which were declared to be temporary after they were signed, all areas are returned to the control of regime’s executive institutions, by way of regional reconciliation agreements. Or you could say, it has been a military surrender by armed groups affiliated with the opposition, coinciding with the signing of an agreement, without the return of the political opposition, which supposedly represents the negotiating body. This has occurred following severe Russian airstrikes that targeted the truce areas in the Damascus countryside or Hauran (Daraa province). Rebel groups announced their surrender after agreements that ensured the personal interests of armed commanders, while expelling residents of the areas that were under their control and those who rejected the non-international guaranteed deals, to Idleb.

This is to say, there is nothing new in Russia’s policy of administering the deescalation zones, including Idleb, which is the fourth deescalation zone (signed on Sept. 15, 2017). Both Russia and Turkey have returned to supporting the deal after tensions on the ground. A meeting was held on Sept. 17, 2018, which included the presidents of both countries, in the resort town of Sochi, with the aim of coming out with what was then called the “Idleb agreement,” or a deal to set up a demilitarized zone in Idleb. With its airstrikes, Russia announced this was no longer in effect and returned to the scenario in which negotiations are followed by changing the area’s loyalties with incendiary airstrikes supported by land militias from various nationalities that are supporting the regime, including the Lebanese, Iranians and others.

Therefore, Idleb is today leaving Turkey’s hands, after its opportunities have run out. Meanwhile, the United States is standing opposed to Turkish statements regarding a battle east of the Euphrates, which has required changing the American plans for a swift and complete withdrawal from Syria to a partial withdrawal, and for rearranging interests with Russia within the foreseeable results of the military meetings held between the Russian and American chiefs of staff in Vienna on Mar. 4, 2019. Russia has a bargaining chip on two levels: First within the Astana guarantor track—that is, with Turkey—which agreed to reopen two highways that cross through Idleb. The first linking Aleppo to Damascus and the other Aleppo and Lattakia. Opening these roads will allow the regime to reenter the are. This is not opposed by the American administration, whose representative in the United Nations had previously declared, through a tweet, that she approved of a battle in Idleb as long as no chemical weapons were used.

On the American-Israeli level, Russia is heading into its latest military battles after the meeting between Russian President Vladimir Putin and Israeli Prime Minister Benjamin Netanyahu in February. This meeting led to a bilateral agreement that included the removal of foreign forces from Syria, and setting up a joint team to work to achieve that aim, with the participation of other parties. This meant using Iran and its militias as proxies to kill Syrians before kicking them out of Syria.

There are questions here about who really wants to besiege Turkey in Idleb? And why do they want to take this bargaining chip away from them? And will the opposition who agreed to the Astana track as a defector path from Geneva, fall with them? This is allowing the discussion to return again to new meetings in which the United States gives Russia freedom of movement once again. This freedom of movement is linked to Russia establishing a new Syrian regime, ensuring the end of the previous regime in form and in substance, without announcing its defeat or death, in order to save face for Putin under the pretext of a joint international agreement, for which Moscow is today building alternative and deep institutions to overthrow the regime and its proxies from inside.