When Syrians took to the streets, demanding the end of the Assad regime, the United States had the opportunity to implement meaningful actions that would create real change, but this has been missed writes The Syrian Observer. 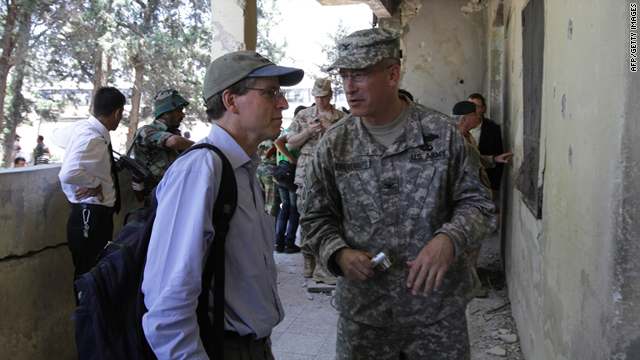 It is a month since President Trump surprisingly and dramatically announced the withdrawal of his forces from Syria, following a stormy phone call with Turkish President, Recep Tayyip Erdogan. He boastfully announced, “We have defeated the Islamic State (ISIS) in Syria,” and therefore, there will be no need for the American troops to stay there. As usual, he was echoed by his Vice President, who would parrot his boss, with a finer language and a more elegant voice, “The caliphate has crumbled and ISIS has been defeated.”

Trump’s decision confirmed the retreat of US foreign policy in Syria and the region; a policy which had also been followed by President Barack Obama. While the premature withdrawal of US troops is an immoral action by President Trump’s administration, the most dangerous is the political withdrawal of both the Trump and Obama administrations in Syria.

The vacuum left by the US withdrawal will certainly be filled by the trio of Iran, Russia, Bashar al-Assad and those who remain from ISIS, whose continued existence was proven by last week’s attack that killed four American soldiers.

But the Syrians are not the only losers here; there is another big loser: the United States itself, together with Western democracies.

The West, the Middle East, and the entire world have lost a golden opportunity here to change the history of the region.

There has always been a historical misunderstanding between the Unites States and the Syrian people, due on the one hand to the US position towards the Arab-Israeli conflict and on the other, its support for dictators in the region.

Since the Arab-Israeli war and the occupation of Palestine in 1948, the region has entered a dark tunnel of hostile relations between the peoples of this region and the West in general, and the United States in particular. The “revolutionary” regimes in the region, including the Syrian Baathist regime, played a role in fueling this tension. These regimes have made anti-imperialist and anti-Zionist ideologies a tool to strengthen their rule, intensify their hegemony over their people and accumulate personal assets in global banks. The Palestinian cause, the occupation of the Golan Heights and the unconditional support of the United States for Israel have been used to mobilize Arab citizens behind the regimes. Even when Hafez al-Assad collaborated with the United States in 1991 to liberate Kuwait, he maintained his anti-American rhetoric within the country. For the first time in decades, Assad allowed intellectuals to issue statements opposing the position of the very regime that supported the international coalition against Saddam, simply to maintain this hostility and cut off any spirit of reconciliation that may replace them. The invasion of Iraq in 2003 and the 2006 war between in Lebanon have fuelled the situation further.

Still, the Western position in general, and the American one in particular, towards the Tunisian, Egyptian, and Libyan uprisings started to change popular opinion. For the first time, calls praising the American position with regards to Presidents Ben Ali and Mubarak were heard inside Tunisia, Egypt, and other countries – including Syria. The majority of Arabs welcomed and appreciated the international intervention in Libya to oust Muammar Gaddafi. And when the Syrian uprising broke out, the Syrians were elated by what sounded and looked like support for their cause. The subsequent steps made by the United States and European governments led them to believe that the West was supporting the uprising, just as it had the other Arab Spring uprisings, and that, just as in those countries, it would not let the protestors down. In general, the anti-Assad Syrians welcomed Western sanctions against the Assad regime and the individuals who supported it, despite knowing that these sanctions would harm them as well (particularly the sanctions on oil and banks). They did not mind, but rather applauded the sanctions in statements and on social media. They hailed the announcements from the US administration, first that Assad was about to lose legitimacy, then that Assad was losing legitimacy, and then that it was necessary for Assad to step aside. The sentiment was strengthened when the US expressed its support for the Arab League’s resolution to freeze the regime’s participation in the Arab League’s sessions. After all of this, Western ambassadors, who had always been mistrusted in Syria, were given a hero’s welcome by Syrian opposition groups, Syrian civil society, and ordinary Syrian citizens. I have already described how Ambassador Robert Ford was greeted with rice and flowers when he visited the city of Hama. He served lunch in an ordinary house in the city. The welcome of the eight ambassadors who paid their respects at the funeral of Ghayath Matar was equally warm.

The major factions in the Syrian political opposition supported the Western position and called for more intervention. As early as September 2011, some Syrian opposition groups called for an international intervention to protect civilians from the Assad regime’s ongoing military onslaught, including the establishment of a United Nations-backed no-fly zone. There were calls from the then newly established opposition umbrella the Syrian National Council (SNC), which called for an international intervention that would charge Assad and senior Syrian military officers “with crimes against humanity at the International Criminal Court at The Hague, as Col. Gaddafi has been.” They called for an internationally supervised arms embargo against Damascus, the establishment of a UN monitoring mission and the enforcement of a no-fly zone.  Later the calls became clearer and more direct. In March 2012, the SNC called for urgent military intervention on the part of the international community and for a no-fly zone across Syria. “Sympathic messages are no longer enough. … What is needed is actions on the ground and decisions and measures against Assad’s gangs,” the group said in a statement on Mar. 13, 2012.  On Sept. 19, 2012, the head of the Syrian National Council, Abdulbaset Sieda, called “on Arabs to undertake a clear and serious initiative, like the position they took towards the Libyan revolution.”  Finally, when the chemical attack took place and Obama threatened to target Assad forces with a limited strike, the newly-elected Ahmad Jarba, as the head of the National Coalition, told the French daily Le Parisien in an interview published on Aug. 29, 2012, that he hoped to see a strike and support for the Free Syrian Army. He said Assad should be tried in the International Criminal Court at The Hague, adding, “If Western states, which profess democratic and humanist values, stay quiet, Assad will deduce that there is no obstacle to him carrying out crimes. Our people risk being exterminated.”

The environment was right for the United States and its allies to step forward and make a historic reconciliations with the Syrian people. The majority of Syrians in 2011 and the first few months of 2012 were ready to cooperate with the Americans to overthrow Assad and install a new democratic regime in Syria. During that period (and even after that) no slogan was raised against imperialism or Israel, and there was a chance that a new relationship with the West could lead to a new phase of relations between the Middle East and the world.

The United States failed to seize this opportunity, which may not recur anytime soon. Had it done so, there would have been an opportunity to achieve several gains that would benefit the people of the region, the United States and the West alike. Among these gains, it would have created a real democracy in the heart of the region that would have been a good example for other countries to follow; serious negotiations with the Israelis could pave the way for a real peace between the two countries; and finally, a different kind of economy could have been built based on the market, rather than personal relations with the Assad family. This could have created jobs, which would have limited the desire of young Syrians to leave their country and seek refuge in neighboring countries or Europe. This in particular would have reduced the moral and material burden on Europe. None of this has happened, and instead, The decision of President Trump is destroying the hope for any future improvement of the relationship with the Syrians. What a pity.