The recapturing of Idleb remains a top priority for the government, but local and regional issues are complicated the matter writes Al-Ayam. 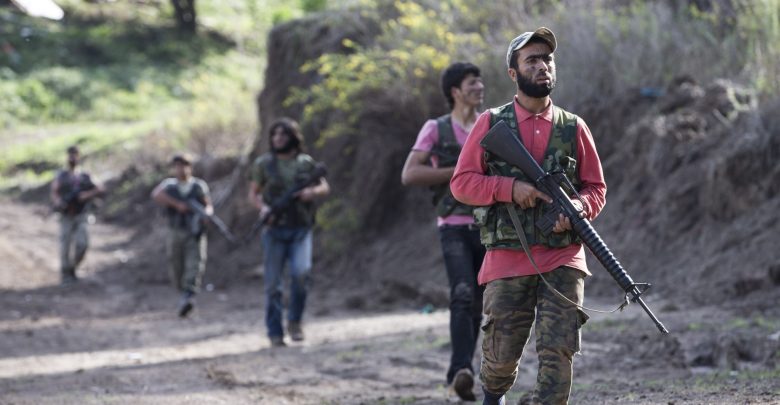 Idleb has fallen down the agenda in the media and on the field as local and regional events have imposed themselves. The province—which is governed by the Sochi de-escalation agreement and the establishment of the demilitarized zone—remains captive to an excruciating wait and the near-daily clashes between different armed groups.

Killing, kidnapping, theft, and a security breakdown have become daily occurrences, according to those close to and informed on the situation. Not only this, but terrorists are also violating the de-escalation agreement and striking nearby army positions, as well as surrounding towns and villages, as occurred in the environs of the town of Abou al-Dahour east of Idleb, and the towns of Jourin and Ma’an in the northern Hama countryside, all of which has forced the army to respond to the sources of the fire.

Amid this atmosphere, if we explored the possible scenarios for Idleb, we would find that expectations and views range between various options: the current situation continuing—as long as the two guarantors, Turkey and Russia, agree—until there is a political breakthrough and a solution begins where Turkey imposes the presence of its group; or limited skirmishes between the army and the terrorists without matters slipping into a wide-scale confrontation; or a hot winter with the army gradually taking the province in stages. All of these possibilities do not spring out of a vacuum. Opposition circles go even further, and link the province’s future to what is occurring in the eastern Euphrates, saying that the Turks will be part of the Russian-American understanding—meaning that they will propose the fate of the eastern Euphrates as well, and that thereby Turkey will get what it wants from Syria, specifically the aborting of any Kurdish separatist project and resolving its refugee problem.

The situation in Idleb is difficult and complicated, but it is not hopeless. If we go back in our memories, we will remember that the army with assistance from its allies, was able to clear similar areas, whether on the battlefield or through reconciliations and agreements. Idleb is the final hub of the terrorists and it will not be insurmountable or different than what came before.

The head of the Syrian National Labor Organization and the head of the internal opposition delegation to Geneva, added that the preparations for the Idleb battle are underway, despite the warnings of international organizations and Western countries that it could lead to the biggest massacre of the century, and despite the fact that there have been warnings to stop the Syrian army from advancing. The tone returned to chemical weapons, and faced with this situation, we can say this: The battle is coming, but it will be in comfortable instalments for humanitarian, military and also political reasons, whereby Idleb will be taken in various stages.

The head of the Syrian National Labor Organization added, “The area is captive to various pressures by influential parties, but the army and the people—and the national unity that the internal opposition stresses, despite the attempts to make this opposition absent—will have a major role in restoring sovereignty, national unity, the constitutional amendments, a unified national government, and open elections leading to reconstruction.”

A military analyst, Dr. Kamal al-Jafaa, said, “A month has passed without Turkey adhering to what it promised the Russians in terms of implementing the de-escalation and demilitarized zone in Idleb and its environs.”

Jafaa attributed the Turkish evasiveness to a number of international and regional development that has solidified its position and raised the roof of its demands, in addition to matters which were not previously addressed in the bilateral meeting.

Jafaa said that the assassination of Khashoggi and the increasing pressure on Iran, as well as the American-Turkish rapprochement and the escalating disputes with Saudi Arabia and the failure of the Turkish-American deal around Manbij and the increasing popular base for the opposition—all led to more pressure on Russia and Syria and more patience and endurance for Turkey’s unbalanced actions in an effort to absorb the arrogance and vanity that has recently struck Erdogan.

There has also been an increasing pace of attacks on Russian forces by the al-Nusra Front and its allies, while Turkish efforts have focused on preparing the Euphrates Shield forces in the north to open a side battle to serve its broad military aspirations.

Jafaa says, “The Afrin scenario will be repeated, and fronts will be opened in northeastern Syria. The Euphrates Shield forces will be sent to help Turkey end the Kurdish dream in northeastern Syria. Syria and its allies will open fronts in Aleppo and the western and northern Hama countrysides. Its warnings will be put on the negotiations table again, as happened at the start of last year when it cleared the area east of the railroad southwest of Aleppo city.”

He concluded saying that the army and its allies in northeastern Syria will open a number of broad fronts, firstly in northern Lattakia province, and north and west of Aleppo city, with the Mahardah environs, and north of Hama, enabling the implementation of this phase by force.

Idleb is experiencing an exceptional situation, but it will not remain as it is, even if it takes a little time, given the sensitivity and complicated nature of the situation. The province will be liberated, as the Syrian representative to the United Nations, Bashar al-Jaafari, said recently at the United Nations Security Council, “Syria is intent on restoring Idleb at the time it sees fit, and it will not allow the city to become a stronghold for terrorists.”

The situation is difficult and complicated and the entire area is in waiting, and knows that the situation will not remain as it is now. The army, which has succeeded by force and with reconciliations, in imposing its control will not leave the province as loot for the terorrists to turn into a second Tora Bora. It will not be left to all those who aspire to carry out their agendas in Idleb, including the terrorists. While they dig tunnels and hide weapons, they know that at any moment they will not be allowed or will not be able to return to them again—and all they are trying to do at this point is waste time so as to postpone their deaths and this in itself is more difficult than death.