The vote of Syrian-Americans during the mid-term elections will partly be shaped by the policies of the two main American parties towards the Syrian conflict, Wael Sawah argues 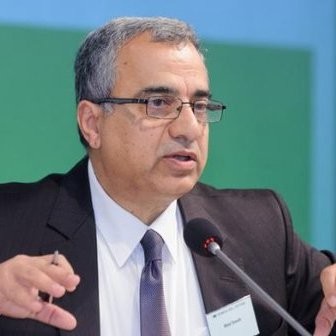 The Syrians I know in America are divided — not only among themselves, but also within each of them. On the one hand, most Syrians in the United States are part of the middle or upper-middle class, have a good education, and an average income that is higher than the average income of migrant workers and other American laborers. In that respect, most of them have a liberal leaning, and tend toward the Democrats. However, most Syrians are also religiously conservative (whether Muslims or Christians), and therefore each has a conservative side that tends toward the Republicans. But Trump’s clear and obvious hostility toward Muslims and all minorities makes a vote for the Republicans a vote against them. Trump’s decision to move the American consulate in Israel from Tel Aviv to Jerusalem was also a slap in the face of all Arabs living in America, including Syrians. A vote for the Republicans would be tacit support for this decision — which had gone in the face of two Democratic presidents (Bill Clinton and Barack Obama) and one Republican (George W Bush) after Congress voted overwhelmingly to transfer the embassy in 1995.

Most Syrian-Americans benefit from the health insurance policy which was adopted by President Barack Obama, and therefore are against the repeated Republican attempts to cancel Obama’s law, known as “Obamacare.” These attempts, if successful, would mean more expensive health insurance for a large number of Syrian-Americans, and may cost some their lives. On the other hand, the tendency of liberal Democrats to support abortion and gay rights makes more conservative Syrians hesitant to support them, as they find themselves closer to the conservative Republicans who tend to be religious, or at least to appear religious.

However, the main problem for most Syrian-Americans remains Syria itself.

In the United States today there are between 100,000 and 150,000 Syrian-Americans, although this number does not include new refugees. After the start of the Syrian revolution, Syrian-Americans began to organize themselves in accordance with their political views, in their first serious attempt to come together outside the framework of the family or religious association (mosque or church). The points where they came together (or were divided) were around their position on the revolution and the Assad regime in Syria. Syrians opposed to Bashar al-Assad established non-governmental organizations, such as the Syrian American Council and the Syrian American Medical Society. The biggest forms of expressing solidarity among Syrian-Americans were donations to humanitarian aid efforts. This solidarity initiative transcended political and religious divisions.

However, as a result of their disappointment around the inaction of American administrations, they have begun to turn toward greater political participation. The American presidential elections of 2016 were a turning point for political outreach, as Syrian-Americans continued to make donations to candidates who were mostly Republicans, but at the same time they began to create well-built political organizations in an attempt to influence American policy. They established the Political Action Committee for a Free Syria to permit Syrian-Americans to legally support Congress members who defended their agenda. For example, the Syrian-American Forum called for preserving the Syrian state and rejecting American interference. Other groups were founded, such as the Syrian Community Network, to coordinate aid given to refugees and their integration into their new communities.

Syrians who supported Assad mobilized their forces around legitimizing the Syrian regime and protesting against American interference in Syria, as occurred in 2013, when Syrians split in demonstrations either in support of the strikes which President Obama had vowed to carry out, or against them.

Syrians were also divided before the ballot boxes between those who opposed the policies of President Obama, which some Syrians saw as biased toward the Bashar al-Assad regime and the Russian intervention in their mother country, and opponents of Trump’s military intervention in Syria and his strikes against the Assad regime in 2017 and 2018. In this way, the Syrian-American voter who supports stronger American intervention in Syria to end the war and force the regime to accept a political transition is closer to President Donald Trump and a group of Republicans in Congress who support broader intervention. But these same Syrians feel fear and insecurity from Trump’s health and social policies and his racist positions and fear mongering statements against migrants. These Syrians may also feel frustrated with Trump because he cannot bring their family from Syria as easily as they could in the past.

In contrast, those enthusiastic about liberal Democratic policies felt betrayed by the Democrats’ position on Syria and the policy which led to bolstering the Assad regime and weakening the opposition and fragmenting Syria.

Many Syrian-Americans who I’ve recently spoken with were hesitant. Most of them in the end are closer to the Democrats because of Trump’s arrogance, and base rhetoric and racism and hatred. But they also lack the motivation to go to the polling stations and many Syrians could choose in the end to sit before their TV screens and watch the results.