As the war in Syria draws to a close, international players are looking to secure influence in the country's future writes Al-Watan. 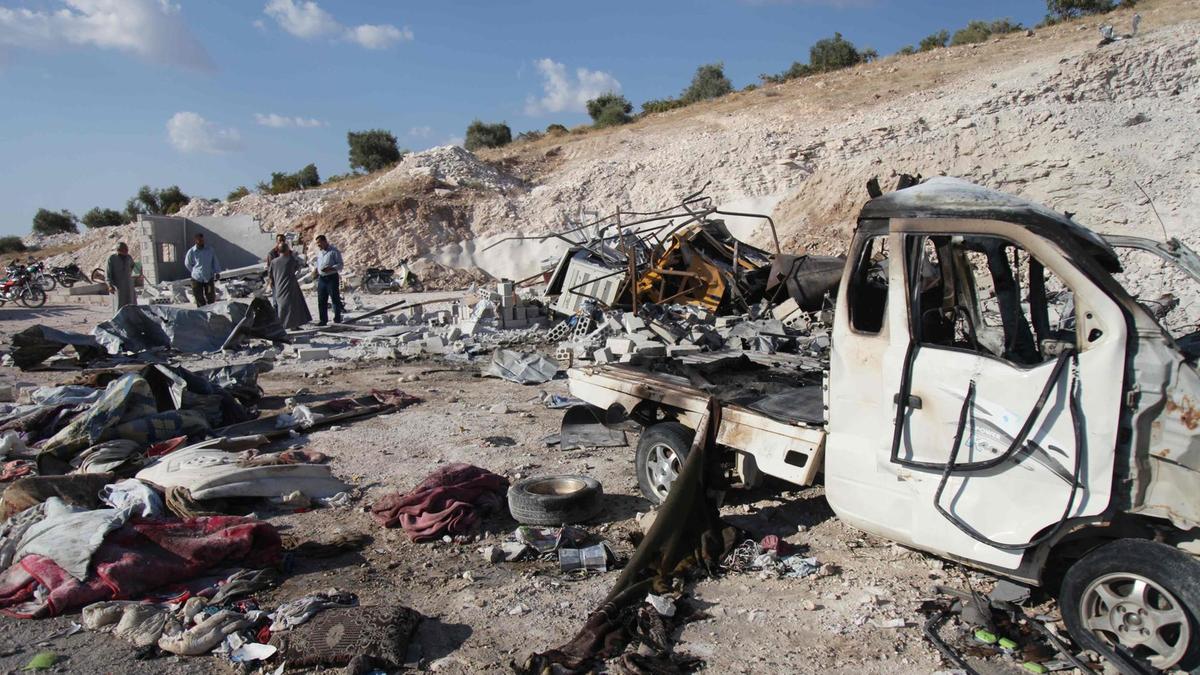 It appears that recently the conflict in Syria has begun to head in an escalatory direction, as a result of the war entering its final act. This was crystallized recently with the Syrian army’s military preparations for the liberation of the city of Idleb, and everything that has accompanied this, in terms of diplomatic meetings, an escalation in media and political pressure and the West employing threats of force in the coming period to prevent a collapse of the agendas of Western countries in Syria — as well as the diplomatic bellwethers which have appeared on two levels:

The first is on the international and global level, inside the halls of the Security Council, and express the complicated nature of the conflict in Syria and its impact on the nature of international system and the balance of power and influence. The American insistence on preventing the Syrian army from liberating Idleb — according to what Washington’s envoy to the Security Council, Nikki Haley, has announced — and Washington’s attempt to impose its guardianship over Syria through the United Nations and intervening in its affairs to contain the so-called “general principles” of the Small Group on Syria, is the latest evidence of this power struggle.

The second is on the regional level and is manifested by the emerging disputes between the leaders involved with the Astana process. Despite the diplomatic phrases that have been used, the dispute between the presidents of Russia and Turkey is an expression of the conflict of interests and the polarization of their views on the regional system and its future in terms of administration, roles and relationships.

This ongoing conflict has seen Western countries employ slogans such as ‘the great humanitarian disaster’ which Idleb might witness and ‘the swelling of the number of residents there to about three million’ — these are nothing but pretexts that conceal the fact that countries intervening in the conflict in Syria are trying to preserve their influence, roles and impact on future political and economic stages, post-Idleb.

Europe is unable to create a political track independent from America, despite the aggressive behavior of US President Donald Trump towards the countries of the old continent. It would like to create a geographical area in northern Syria in which to settle terrorists and thereby avoid the risk of these terrorists returning to Europe and threatening their national security. Europe — particularly France, Germany and Britain — is also considering an economic role in the regional system of the Middle East, which starts with Syria. The third aspect is that Europe, in particular Germany, which for the first time since the end of the Second World War has moved towards conflict with Russia, after its Defense Minister announced the possibility of its forces participating in the aggression against Syria under the pretext of chemical weapons use —  fear that Erdogan will go back to using blackmail and threatening to use the refugee file to serve his interests and influence.

Washington, which received the message from Iranian President Hassan Rouhani during Tehran’s meeting with the guarantor countries last week that the Syrian army is heading to northeastern Syria after Idleb, has hurried to threaten the use of force and has brandished the humanitarian and chemical weapons issues in its attempt to impede the progress of Damascus and its allies on the ground. It has also planned to target the Syrian-Iraqi border area after exercises recently conducted by coalition forces from the al-Tanf base, and will try to create an atmosphere of strife in northern Syria to muddy the channels of communication recently established between Kurdish forces and the Syrian government with Iranian mediation and Russian backing.

The American policy of using the stick has been accompanied by waving the carrot as well, when it called for the political process to be revived in Geneva after it tried to declare the failure of Astana, in a clear attempt to impose dictates and political aims, which its proxies have failed to achieve on the ground. This seems clear in the “general principles” which the Small Group on Syria has submitted to UN Special Envoy Staffan de Mistura — and which was a clear copy of the American visions from Geneva 1 and was more detailed than the paper which was intentionally leaked before the Sochi conference at the end of January 2018.

Turkey has tried, since the beginning of the war in Syria, to be the greatest beneficiary as a result of its influence over armed groups and it holding the regional border card. Today it stands before a critical and existential challenge with three possible scenarios:

* The first scenario see Turkey reviewing its policies and beginning to coordinate again with NATO and European countries, which have started to flirt with Ankara because of its influence over all the groups in northern Syria and given that Turkey is a geographical extension of their national security.

* The second scenario is represented by Ankara continuing to orient eastward and reach regional understandings with Moscow and Tehran, as well as China, in order to end American sanctions and to find economic space for Ankara after its economy began to recede.

* The third scenario is the most likely scenario due to Turkish recklessness. It lies in Turkey experiencing regional and international isolation and boycotts if it continues its policy of blackmail and terrorism will rebound on them.

Idleb can be described as the last battle against the agents of Western projects, and it will have influential geopolitical reverberations according to the nature of the conflict and the understandings reached between the conflicting parties regarding the province.