Despite the threats made by the US and their supporters, Syria will continue with its plans to retake Idleb writes Al-Watan. 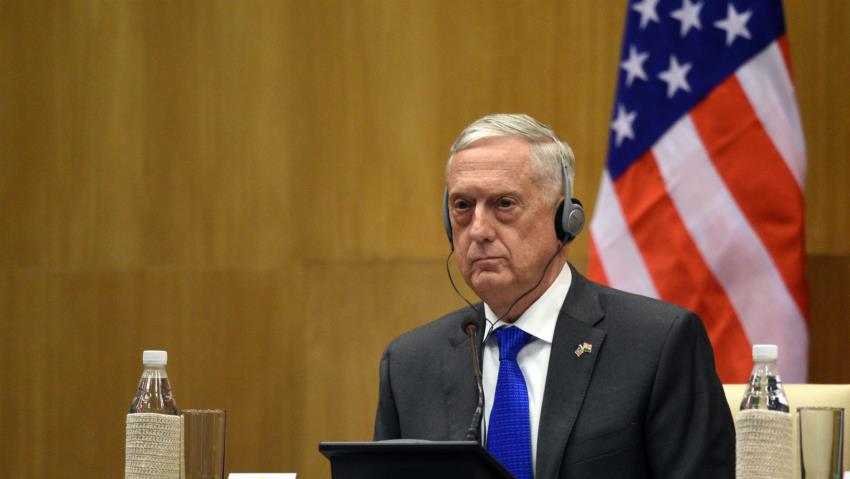 Insolently and immorally, America and Turkey and the states that support their aggression against Syria say that they will not allow the Syrian Arab Army and its allies to enter Idleb. These aggressors behave as if Idleb was theirs and not Syrian territory and an integral part of the state whose legitimate government is led by President Bashar al-Assad with full sovereignty.

The aggressor countries, led by America, believe that threats and intimidation will prevent Syria from launching an operation to recapture Idleb and its countryside, eradicate the terrorists there and restore it to the state’s embrace — and then to devote itself to the last outstanding issue, the eastern Euphrates, where America is trying to set up a Kurdish separatist entity supported directly by its military power distributed through 13 bases it has set up illegally on Syrian territory. This is an occupation which must be confronted and addressed in order to liberate the territory.

Syria and its allies understand the maneuvers and tricks of the enemy, including the use of chemical performances to justify aggression against Syria once again. With full confidence in itself and its allies, Syria is moving ahead with the operation to restore Idleb, which it will enter in every possible form, opening safe passages for civilians to escape the grip or terrorists, and opening doors for those militants who wish to return to the embrace of the country. At the same time, its armed forces have begun carrying out preparatory measures to launch the necessary military action for this operation. The aggressor powers must understand the meaning of the heavy fire which the Syrian Air Force, backed by the Russian Air Force, will use to strike terrorist centers and the positions where they are concentrated in Idleb and its countryside, while taking all measures to protect civilians.

The American threats of 220 Tomahawk missiles ready to bomb Syria, or Turkey’s threat of greater military mobilization toward Idleb, or Germany’s leak that it is considering the possibility of military intervention in Idleb in response to the purported possible use of chemical weapons — will be meet with a greater Syrian insistence on retaking Idleb, and a greater readiness of its forces which are prepared to carry out the operation. The days ahead will certainly please Syria’s allies and friends.