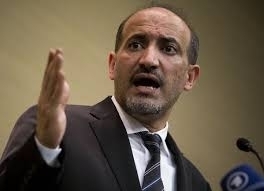 After 50 years of tyranny and despotism, after five decades of having all aspects of freedom blotted out and the political, economic, social and cultural aspects of life in Syria eliminated, the revolution emerged.

The revolution emerged from a complex material, political and cultural reality in Syria. After the outbreak of the Arab Spring, Syria was expected to be among the first countries to witness a revolution. While Tunisia had a “dignity revolution,” Egypt’s sought economic prosperity and Libya’s broke out for political reasons, Syria’s revolution is the result of these three problems combined.

From the beginning, Syrian youth changing “Syria wants freedom!” took to the streets to demand freedom and the downfall of an authoritarian regime. Beyond any national, religious or sectarian agenda, the Syrian people chanted: “One, one, one, the Syrian people are one.”

The regime responded with suppression and with arrests, viewing the young revolutionaries as modern-day Don Quixotes, tilting at windmills and living in a waking dream. What the regime forgot is that it is the dreamers who have the capacity to alter reality.

The regime failed to quell the youth, and the more it imprisoned and murdered Syria’s young people the more determined to follow the path of freedom the Syrian people became.

The train of revolution was gathering steam, and the only option the regime had left was to try to derail it. That regime tried to entrench sectarianism by involving Hezbollah, the Iranian Revolutionary Guards, and the Abu Fadl Al-Abbas Brigade. It committed one massacre after another in hope of provoking an overwhelming reaction.

The regime tried to drive a wedge between the Syrian people; it strived to tarnish the image of the revolution and ultimately militarize it. It sought to force the youth to take up arms, but to no avail. Its failure forced it to commit even greater violence, and eventually to adopt a scorched-earth policy. In retrospect, the regime’s excessive killing and destruction and barbarity were directly responsible for the revolutionaries’ decision to take up arms after six months of peaceful protest.

After having militarized the revolution and created the Islamic State of Iraq and Syria and similar radical organizations, the regime continued killing on the pretext of combatting “terrorism,” committing the most barbaric crimes using all variety of weapons. In doing so, it displaced the Syrian people, destroyed their homes and ruined their businesses. Since the first day of the revolution, the regime’s only strategy has been to waste time and let the crisis drag on until the people are completely fed up and the rebels exhausted and spent.

Prisoners die every day, hour and minute across Syria as a result of the regime’s starvation policy.

This regime is barbaric. It did not, has not and will not understand reality, and nor does it want to. It keeps singing its resistance songs and playing fake triumphal marches. It keeps repeating its anti-terror discourse. But it has failed miserably in the face of the ongoing civil movement, the protests, and the rebel bullets that have all disturbed Bashar Al-Assad’s sleep over the past three years.

We tried to make real the Syrian refugees’ dream of returning to their homeland when we sat around the table at the Geneva II conference. The Syrian opposition tried to put an end to the murder and the violence by proposing a political solution centered on the establishment of a transitional executive body with full powers. It was the Assad regime that ensured the failure of Geneva II by holding firm to its tiresome and hackneyed discourse, failing to make any commitments or offer any compromises. It continues to speak the only language it knows: the language of killing. After having used chemical weapons on its own people, it invented barrel bombs, seeking only to terrify Syrians by any and all means.

Because the great Syrian people are so full of dignity and magnanimity, we depend on them as they continue their civil struggle. We support all their choices regarding any and all possible solutions. This revolution cannot suffer between the hammer of regional polarization and the anvil of international interests.

The revolution will continue. The Syrian people, after all the sacrifices they have given, will not give up their dreams of freedom and dignity. In the name of the greatest revolution in the history of the world, they are heroes demonstrating in the name of freedom. The “One, one, one, the Syrian people are one!” slogan that has echoed across Syrian from the first day of the revolution will live on, until victory has been achieved.