This media uproar will not bring James Foley back to life 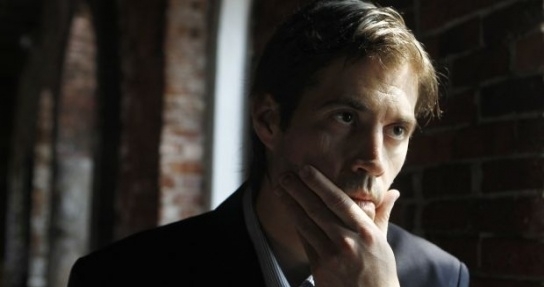 Many Arab and Islamic voices condemned the barbaric murder of American journalist James Foley at the hands of the murderers of what is known as the Islamic State of Iraq and Syria (ISIS).

However, some of this condemnation was tinged with bitterness, indignation and criticism of the global uproar which followed the murder of this journalist in this barbaric manner, and which will probably strengthen the international alliance against this organization.

“Hundreds and thousands died other than James Foley, and no one mentioned them.” “What about the children of Syria?” “What about the missing and the detained in the prisons of the Syrian regime?” “What about those killed by ISIS?” These are some of the comments which filled social media following the announcement of Foley’s death.

Yes, there are many questions and the comparisons can go on endlessly, and most of them include valid criticism. However, all this global interest and the sadness for courageous journalist James Foley, which was not afforded to many other victims, should not prompt us to react in this way to his tragic death. This media uproar will not bring him back to life.

This young man, who willfully chose to go to the most dangerous place in the world for journalists to bear witness to what was taking place there, died in the most heinous manner.

His previous articles showed great honesty in conveying the suffering of Syrians. In an interview following his release from detention in Libya in 2011 he said: “The truth is that when you see a lot of violence, it leaves you with a strange feeling, because violence does not always repel you, sometimes it draws you closer. The feeling that you have survived something; it’s a strange sort of force that you are drawn back to.”

The drama of the conflict in Syria seems to have attracted James Foley, not just to the plight of the Syrians, but also to his end, and in the most heinous manner.

The flood of articles and condemnations of his execution will not erase from our memory his picture: kneeling down, shaven head, almost still, his quiet voice, and the way he surrendered calmly to his fate.

The comments and pictures which mourned him will not bring life back to his handsome features, which carried a sad tinge even when he smiled. Political statements will not bring back his soul, which was taken in the most brutal and cruel manner.

The global attention his death has received does not explain how this courageous journalist spent two years as a hostage. Who took him hostage when he disappeared on the Turkish–Syrian border? Who sold him to whom? What is the role of the Syrian regime in his detention—as hinted by the Global Post, the publication he worked for when he disappeared—which eventually led to his death at the hands of ISIS’s murderers?

All this uproar is certainly not going to bring this man back to life, but it could be a cause to revive interest in other victims. We need to remember all that as we criticize the global media’s interest in James Foley.

It is true that he is not the only one to have been killed or tortured, and it is true that there are thousands more whose stories we have not heard and who have not received enough interest from us as Foley did. However, we must always remember that this man was not from our midst and did not belong to our crises like most of the other victims did.

James Foley came to Syria by choice, at a time when many refused or hesitated to do so, following the killing of many great journalists. Around 20 of them are still missing, and now we are alive in a time when the killing of James Foley has scared off those remaining adventurers who thought about coming.

James Foley was among a minority who made the effort to ensure the suffering of Syrians did not become yesterday’s news.

After he was beheaded, will anyone else dare go to Syria? Will the Syrian’s suffering continue to worsen out of sight of the media, due to his death?