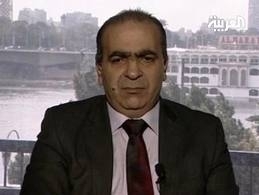 Russian diplomats are working hard to reignite a political process in Syria on the basis of the Geneva I conference.

Soon after some opponents had recently visited Moscow, Walid al-Muallem was invited to visit Russia where he held talks with many officials, including president Vladimir Putin.

The only annpouncement about these talks came from Muallem, who said that the regime doesn’t mind starting talks with the opposition in Russia. The only condition was to move the next round of these talks to Damascus. He did not mention the Geneva conference decisions, which indicated that the regime hasn’t changed its position on only holding Syrian-Syrian dialogue in Damascus under the terrorism of its security forces.

It is clear that the Assad regime is not really comfortable with the Russian efforts because it insists on considering the Geneva accord as the basis for the start of a political solution, which clearly states that there should be a transitional government with full authority, which according to the Russian interpretation would reduce the authority of Assad, while, according to the American interpretation – I am not sure whether it has changed –  it would force him to leave in order to form this government which would be responsible for leading an undefined transitional period (yet which should be as short as possible), and ends with free elections overseen by the international community to allow Syrians to freely shape their state and its leadership.

No sane person could think that Assad and his regime would win the elections if they were free and overseen by the international community, nor by its security forces. Thus, the Russian initiative might be a chance for the Syrian opposition if they were politically skilled enough, and if they stopped their awful competition and joined their efforts to benefit from this opportunity.

However, what should they make sure of, or be aware of, to make this initiative a success for the Syrians and their legitimate ambitions?

1. They should be careful that this effort isn’t just a new attempt to refloat the regime through negotiations without a timetable or enough insurances. Thus, the regime would move from being a despotic part that suppresses Syrians into being a part of a war between two equivalent parties who could negotiate forever, while death and destruction continue. Serious meetings should be held with the Russians to confirm this point.

2. They should benefit from the Russian desire to hold these talks in Moscow and stick to the transitional government that has full authorities and to set a timetable for it to accomplish its duties. If the regime refused this, then this might result in a change in the Russian stance, which will work for the Syrian people’s best interests. If it accepts this it would then be the first move toward a free Syria.

3. If the Russians succeed in pushing the regime to implement Geneva I, then this would put the Syrian tragedy on the resolution path, and it will give the Syrians a great deal of hope for regaining national unity away from all kinds of terrorism and tyranny. It would also put an end to people benefiting from the Syrian tragedy, and to regional countries that benefit from the continuation of the regime and the continuous destruction of Syria (namely Iran and Israel). All Syrians will be united against Baghdadi and his knives.

4. If Russia, which is working hard to get rid of its burdens after what happened in Ukraine and the drop in oil prices, failed because of the regime’s refusal of this accord, then this would make it free of its commitment to defend the regime inside the international forums. This would facilitate the work of the U.N. Security Council, which would impose solutions to end this crisis and make Russia again a friend of the Syrians.


5. A skillful political effort is needed now to avoid all caveats and to benefit from the Russian efforts, especially now that it is clear that the Syrian crisis is not a priority for the US and its allies. The US is indirectly supporting these efforts.