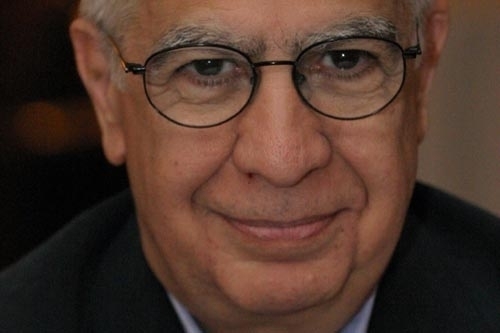 As some have long feared, the Obama administration is working to change the mood music on Syria. Leaks to the media in Washington now harp on the theme of “maybe Bashar al-Assad is part of the solution.”

The New York Times, a staunch Obama supporter, suggests that Assad’s removal, a condition set by the president years ago, is no longer valid because no one wants to experience “another Libya.”

Meanwhile, Secretary of State John Kerry is trying to transform himself from a determined adversary of Assad to a well-wishing adviser to the tyrant. Here is what he said last week: “It is time for President Assad, the Assad regime, to put their people first and to think about the consequences of their actions, which are attracting more and more terrorists to Syria, basically because of their efforts to remove Assad.”

Until a year ago, Obama’s chief excuse for not helping anti-Assad rebels was that they were “divided.” Now a new excuse is added: the presence of terror groups such as the Islamic State of Iraq and Syria (ISIS), which controls a quarter of Syrian territory.

At the same time, sources within the administration are promoting another reason for scripting the US out of the Syrian imbroglio. “Syria is going to be a mess for years, maybe decades,” they say. “So why not let Russia and Iran, Assad’s principal backers, carry the burden?”

Call it cynical, but the suggestion that Russia and Iran, cash-starved as a result of falling oil prices, are best left alone to pay the bills may hold a certain appeal in some quarters.

Yet another excuse promoted by Obama is that the “diplomatic route” proposed by Moscow may, by some miracle, produce a solution. “We can’t just tell the Russians to go to hell,” says one Obama official. “Working with Russians on this issue may help with other issues, notably the Iranian nuclear dossier.”

The clinching argument for the cynical pirouette is that a deal with Russia might give some of Assad’s opponents a share of power in Damascus. One formula would be to organize parliamentary elections to give the “moderate” opposition a presence in a putative legislature.

There are several problems with the Obama analysis. To start with, it is not at all certain that Russia has enough real influence with the Assad clan. Unlike Iran, which has built networks at all levels of the Assad regime, including the army and security services, Russia has been on the margins since the fall of the Soviet Union.

Iran has a direct military presence in the shape of some 10,000 fighters furnished by the Lebanese branch of Hezbollah, and led by officers from the Islamic Revolutionary Guard Corps. In contrast, Russia’s military presence is limited to 230 technicians instructing Assad’s forces on how the use the weapons Moscow has supplied them with.

One guess is that Iran’s medium or, perhaps, long-term plan is to ditch Assad at the first opportunity, replacing him with someone, or some group, more directly beholden to the Islamic Republic.

Kerry and Obama are equally wrong in thinking, or pretending to think, that helping Assad hang on in Damascus might contribute to the weakening of ISIS and kindred groups. Assad and ISIS are tacit allies.

It is no accident that Assad’s air force bombs civilian targets in areas controlled by ISIS, including Raqqa, but spares localities where ISIS fighters and arsenals are based. ISIS spends more time and energy fighting anti-Assad groups and making mayhem in Iraq than striking at the tyrant’s forces.

Obama and Kerry are trying to explain, if not justify, their moral and diplomatic abdication in the name of realpolitik. However, thanks to their cowardice, the US may end up a loser in any configuration while Syrians are doomed to pay an ever higher cost in human suffering.

Since, as the Arab proverb has it, there is some good in whatever happens, the Kerry-Obama abdication may not be totally negative. To start with, it ends the illusion that Obama may have any concern about what happens to the Syrian people.

With the US removing itself from the equation, we are left with four key players in the Syrian drama, already labeled “the greatest tragedy of the new century.”

The quartet, as already noted, includes Russia and Iran, both individually and acting together. Syria’s democratic opposition would have an interest in opening direct channels to both without abandoning the ultimate goal of toppling Assad. Russia and Iran will continue backing Assad as long as the cost does not transcend certain limits. As opportunist powers, neither would want to close other options.

The second player is Turkey which is more interested in preventing the emergence of a Kurdish mini-state on its border with the help of Assad, Russia and Iran. Here we have an interesting situation in which Turkey and the US, both members of the North Atlantic Treaty Organization (NATO), may find themselves on opposite sides in the Syrian theater.

The third player comes in the form of European and Arab states concerned about the spread of murderous jihadism beyond Syria’s borders. Despite recent feelers put out by a couple of those states to Assad, almost all know that the tyrant’s future is far from bright. If Syria is to regain a modicum of stability, or even survive as a nation-state, Assad must go. More importantly, perhaps, public opinion in both Europe and the “Arab world” remains decidedly anti-Assad.

Last but not least there is a fourth player: the Syrian people. Though bloodied and broken, the Syrian people are not easily cut out of the equation. Directly or indirectly, we all know of people, even within what is left of the regime, who realize that government by mass murder is not the best option for Syria.

Regardless of the rumors Kerry is spreading, Assad has not won and the struggle for a free Syria is far from over.