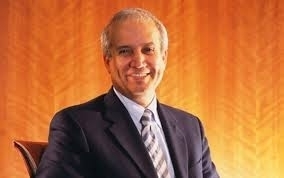 We are going through a gigantic, chaotic war in the Middle East. It is worse than anything the region witnessed including during the two world wars. All kinds of weapons are being used, from primitive knives to the most advanced military hardware such as drones.

However, the most dangerous weapon of all is religion, because it is capable of mobilizing communities and controlling armies of young people willing to die, and because it is similar to a nuclear bomb, its toxic fallout will last long after the end of the war. Many were killed by radiation caused by the nuclear bombs years after they were dropped on Japanese cities in the Second World War. This is also the case with sectarian wars; their consequences will linger for decades.

Citizens are dragged into civil wars after centuries of coexistence because they are mesmerized by propaganda. If you want to understand your opponent, put yourself in their shoes. Ever since the failure of Iran, Hezbollah and the Syrian government in the Syrian war, and the ever-worsening situation in Iraq, these three players have been keen on spreading sectarian bacteria to the Gulf states, which are modern and comprise a variety of social components.

The Islamic State of Iraq and Syria (ISIS) has done the same, focusing its hate speech against Shi’ites. Uncivilized, religious-oriented people have been dragged into sectarian clashes; clerics, intellectuals and a large audience have fallen for this trick. They started accusing each other of reinterpreting history and settling scores. That is what Iran, the Syrian regime and ISIS want.

Those who are blindly engaged in the war do not understand that they are cheap soldiers, unconsciously fighting against their own interests. They cannot see beyond the end of their noses. Sowing strife inside communities through hate speech on podiums and websites will lead to fighting in the streets, the destruction of countries and the overthrowing of governments. Why do people destroy their homes with their own hands? This is willful ignorance!

It is easy to ignite clashes between villages, regions or communities when evoking historical or religious differences. We have witnessed Sunni, Shi’ite and Alawite conflicts because of the exploitation of religion. Hezbollah, ISIS and Al-Qaeda are all political organizations with jihadist ideologies. They all reflect the state of the region today, which has moved from leftist and nationalist ideologies to sectarian conflict.

Violence is not limited to sectarian groups. It was used by Ba’athist, nationalist and communist parties, which hijacked planes, led suicide operations, booby-trapped cars and plotted assassinations. Most of their battles were directed against their own people, such as the Abu Nidal group, which often targeted Palestinians and Arabs despite claiming to be anti-Israel. This applies to Al-Qaeda and ISIS today.

Despite the similarities between leftist, anarchist organizations and sectarian ones today—including their excessive use of violence and claiming that the end justifies the means—religion-driven groups are the most dangerous. Political disagreements between countries can be resolved in one night, but the use of religion in conflicts causes deep wounds that cannot be easily healed. That is why religious communities affected by war, such as Iraq, will suffer for a long time.

The war in Syria was not religiously motivated until the regime decided to classify it as such. The war against the Iraqi Ba’ath party would have only been against its practices and crimes were it not for Iranian interference that led to a sectarian war. ISIS, which inherited the defeated Al-Qaeda, has used sectarianism as a weapon to mobilize people, as has Hezbollah. The destruction of the Gulf with the same sectarian virus would not be difficult.

Facing sectarian wars requires the awareness of those working in the religious field. They should be warned that they are being used by external forces to destroy their countries. This should not be tolerated.