We must not make the mistake of undermining the threat which takfirists pose to minorities. However, one should not forget the risk posed by authoritarian regimes 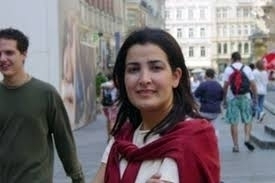 Lebanese politician Wiam Wahab’s recent warning regarding the possibility of the Druze seeking refuge in Israel to escape the takfirist threat did not provoke the ire of the anti-Israel resistance ranks, whether on the media or the political level. Wahab, who has appeared on several TV channels yelling and threatening since the Nusra Front killed around 30 Druze in Syria, said: “When people sense danger, they’d even go to the devil”—meaning Israel.

His statements went unnoticed, just like the statements of Rami Makhlouf, the Syrian businessmen and Bashar Al-Assad’s cousin, once did. Makhlouf had at the beginning of the Syrian revolution said that Israel’s security will be threatened if the popular uprising is not restrained in the country. Wahab’s statements were not considered to be issued by a “foreign agent” and were thus met with consent, just like Makhlouf’s statements were met back then. During the four years separating the two remarks, so-called anti-Israel resistance figures have made plenty of statements that profess enmity to Israel when in fact they harbor other intentions.

The truth is that the Israeli media has been abuzz with talk of concern over the Druze situation in Syria.

This concern was marketed as worry over the fate of Syrian Druze who are closely connected to Israel’s own Druze community. Israeli military preparations and further security measures in the Golan Heights have now been announced.

Arab media followed up on this propaganda campaign by Israel and the resistance who also used its media outlets to exaggerate fear of takfirists and to warn of a potential massacre of the Druze. It is as if we are back to square one four years ago: stability is linked to the survival of authoritarian repressive regimes whose interests intersect with those of Israel.

There is no doubt that the recent developments have brought back questions regarding the situation of the Druze minority in Syria, Lebanon, Israel, and Jordan. What one group of Druze went through in Syria has directly affected the Druze of Lebanon and Israel.

This brings into question the idea that in order for minorities to feel secure they have to remain loyal to authoritarian regimes.

We must not make the mistake of undermining the threat which takfirists pose to minorities. However, one should not forget the risk posed by authoritarian regimes, like the Baathists in Syria, who use minorities as a means to protect themselves. The Syrian regime’s exploitation of these minorities threatens the latter’s existence just as much as the takfirists do. This is not to mention that the Syrian regime has always used scaremongering over takfirism to gain legitimacy. Israel adds a new factor to the scene and complicates the whole situation. That Druze clerics have appeared on Israeli television channels to accuse Tel Aviv of negligence to protect their co-religionists in Syria is a new indication of the extent to which fundamentalists from both camps, the anti-Israel resistance and the takfirists, have pushed us and of how far the Syrian regime can go to employ the Israel card.