The difference between Moscow and the Syrian opposition has become vulnerable to a change in the past few months due to three factors: changes on the ground in Syria, a shift in regional and international attitudes towards the crisis, and the opposition's favorable position towards terrorism 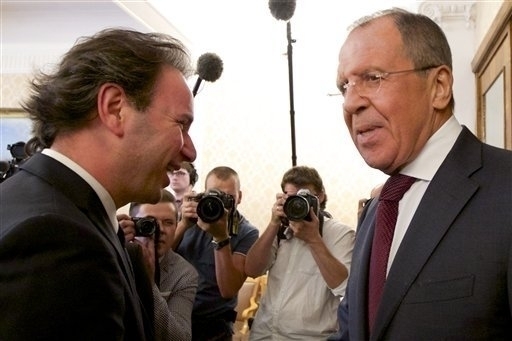 Two delegations of the Syrian opposition arrived in Moscow around the same time last week; the first from the Syrian National Coalition, the second representing the committee of the Cairo Conference.

The event in itself was an important development in Russia's relationship with the Syrian opposition, and in the opposition's dealings with Moscow as well. The Russian side has considered the Syrian opposition – that refuses to deal with the Assad regime – as terrorist, extremist and linked to foreign agendas. Moscow's position towards the National Coalition is no exception, even though a majority of the international community considers the Coalition a legitimate representative of the Syrian people. The Russian attitude towards the Coalition extends to only some of the forces participating in the Cairo Conference committee, which has led the Russian leadership to deal with those opposition figures with closer ties to the regime in recent years.

As for the Syrian opposition, it sees Russia as the main guardian of the Assad regime, his main supporter – politically and militarily – where Moscow has routinely vetoed UN Security Council resolutions, which are aimed against the Assad regime and his policies. Russia has also provided the regime with arms and ammunition used in the killing of Syrian people and the destruction of their country. Therefore, the gap between the Syrian opposition and Moscow was self-evident, leading to much caution and suspicion in dealing with Russia and its policies regarding the Syrian file.

However, the difference between Moscow and the Syrian opposition has become vulnerable to a change in the past few months due to three factors: First, the field changes in Syria, especially the setbacks of the regime and its internal crises. Second, the nature of the regional and international developments regarding the Syrian file in light of the Iranian nuclear agreement, the Doha meetings, the American-Russian understandings, the Russian-Saudi understandings and the American-Turkish understandings. The third factor is related to the position of the Syrian opposition, specifically with regard to the war on terrorism and the political solution. These factors have paved the way for Moscow to extend an invitation to the Syrian opposition to hold discussions at the top level of Russian diplomacy, in the presence of foreign minister Sergei Lavrov and his deputy, Mikhael Bogdanov and his team responsible for the Syrian file.

Russian diplomats have clearly expressed the position of its leadership towards the Syrian crisis at these meetings, which were divided between two phases and two delegations – one with Bogdanov and his team, and the other with Lavrov. The Russian position largely focused on what should be achieved to deal with the reality on the ground, and a future vision for Syria, but as a whole, it did not reflect a fundamental change in Russia’s position, which has often seen the fight against terrorism as a key task in Syria.

Although the Syrian opposition arrived in Moscow in two separate delegations it carried the same agenda, in regards to the opposition’s position against terrorism, and its support for a political solution. Both opposition representatives told their Russian hosts, albeit in different terms, that the Syrians had engaged in the war against terrorism and extremism, especially against ISIS, before the formation of the international coalition against terrorism, and that they had accepted the international reference for a political solution in Syria represented in the Geneva statement of 2012.

In contrast to the points of agreement between the Syrian opposition and the Russian leadership, divergence emerged between the two parties when confronted with the fate of President Bashar al-Assad. Moscow believes Assad’s presence is a guarantee to keep the Syrian state and its institutions, while opposition representatives also stressed they support maintaining the Syrian state and its institutions, but the road to this goal can only start with the launch of a political solution based on the formation of a transitional governing body with full executive powers; one in which Assad has no place.

Amid the consensuses and conflicts in both the Russian and the opposition’s position, a new gateway for relations between the two parties has been opened. The Russians, for their part, will seek to influence the opposition to draw it closer to the positions of Moscow and its vision, while the opposition will work to change the Russian position towards its own.

Amid those dual tasks, the Syrian opposition must urge Moscow to create practical mechanisms to create a transitional governing body as a prelude to solving the Syrian issue, because only the political solution will lead the Syrians to fight the war on terrorism – not only because they are against terrorism, but because it will enable them to rebuild their country, which has been destroyed by the terrorism of both the regime and the religious extremists.