At some point, I was optimistic that all fighting parties would work seriously to reach a political solution, but the recent massacre in Douma killed my optimism 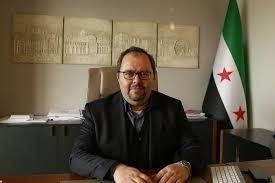 The regime’s massacres continue without condemnation, while according to Washington and Moscow, the efforts of the international community to find a political solution continue with “zero-expectation". Zero-expectation is how the United Nations described the prospects of the Geneva III talks, which took place weeks ago; a vivid confession of no effective solution on the horizon to stop the Syrian bloodshed.

Following the recent massacre by Syria’s air force in Douma, which led to the death and injury of hundreds of civilians, it has become necessary to concede that a search for a political solution is a useless pursuit as long as Assad's crimes against the Syrian people continue. This will endure as long as the international community remains unwilling to stop these murders while Iran and Russia continue to support the regime, militarily and economically. Due to these given facts, the opportunity for a political solution becomes more complex and less probable as military support from Assad's allies continues simultaneously with any diplomatic effort that aims to revise the Geneva I statement to suggest a new mechanism for a political solution, a mechanism that replaces the condition of a "transitional governing body" with a "united national government", headed by Assad for a limited period.

The international community should realize that the regime and its allies are attempting to sabotage any attempt at a successful political solution. This is what the previous UN envoy to Syria, Lakhdar Brahimi, said after the failure of Geneva II, and is similarly how the regime dealt with all the initiatives to reach a political solution – including the initiatives of the Arab League, Kofi Annan, Lakhdar Brahimi and Staffan de Mistura. The Assad regime is attempting to use these initiatives to secure more time, which only serves Iranian and Russian aspirations to expand their influence in the region, using Assad as their card against the west.

At some point, I was optimistic that all fighting parties would work seriously to reach a political solution, particularly after the United Nations voiced its intentions to issue a resolution criminalizing all foreign fighters who support Assad's regime – including Hezbollah and the Iraqi, Afghani and Iranian militias. UN members then agreed on the necessity to apply Security Council resolutions No 2170 and 2178, which stressed the need to stop the arming and funding of ISIS. But it was the recent massacre in Douma which killed my optimism.

With the second anniversary of the chemical massacre approaching, Assad's death machine continues to kill Syrians with impunity. The Security Council has to specify those responsible for these massacres, considering the role of the Council's duties is to enforce resolution No 2209, which clearly states that chlorine is a chemical weapon and its use in military operations is a violation of international law (resolution No 2118 also states that the Security Council should act according the Seventh Chapter). As for the new presidential statement regarding de Mistura's plan, it was truly weak and lacking in a clear executive mechanism.

Today, the need for a no-fly zone becomes necessary now more than ever, as there are no doubts that the only fighting party with access to an air force is the Assad regime and the majority of its victims are civilians. As the international community exhibits limited support for this no-fly zone, all armed opposition factions and political bodies should support the Turkish plan to establish a ‘safe area’ and launch a resettlement program for those refugees who want to return to Syria.

The rapid changes in the military and political reality in Syria should oblige all opposition parties to unite their efforts and overcome their differences to become a national force capable of carrying the responsibility of the current stage as Iran plans to further tighten its grip around Damascus.