"Despite the fog that surrounds the fate of Syria, everybody should know that there are three impossibilities that must be considered when finding a solution to the crisis" 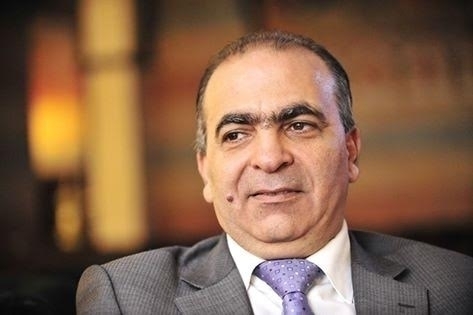 Despite all the fog that surrounds the fate of Syria, and despite the complexity of interests and the increasing number of regional and international powers involved in the Syrian war, despite the increasing international and regional competition over the Syrian arena, despite all these things, everybody should know that there are three impossibilities that must be considered when finding a solution to the crisis.

The first of these impossibilities is the Balkanization of Syria:

Syria is indivisible, not only because the vast majority of Syrians reject division – despite the cruelty Syrians have practiced against each other, resulting from the dominance of a regime that considers Syria and its inhabitants a legacy and treasure obtained with iron and fire (and therefore cannot be maintained without iron and fire, murder and torture, and the consequent disregard for the lives of Syrians and their dignity), while promoting extremist powers that have adopted cruelty and contempt as a policy against Syrians – but also because both of these parties have never considered division as an option. In actuality, the goal of both is to dominate the entire Syrian territory. On the other hand, the attempt to impose division on a sectarian and ethnic basis will lead to regional instability, and therefore will be rejected by all regional powers competing in the Syrian arena.

The second impossibility is the survival of the Assad regime:

This is the dream of the Tyrant of Damascus and his economic-security gang. It's also the dream of all the Hezbollah – publicizing in Lebanon and other Arab countries that they have survived on the crumbs thrown to them by Arab dictators. It is also the dream of the Russian tyrant and his smaller tyrant-allies in North Korea, Iran and Egypt. These tyrants are convinced that providing Assad with weapons and money will prevent his fall, but the Syrian people have proved the impossibility of this during five years of patience and sacrifice. In addition, the crimes and atrocities committed by Assad are an indication he cannot be saved from the punishment of the International Criminal Court – sooner or later, he will face the same fate Milosevic once faced. Everyone will realize, sooner or later, that the first and essential step to restoring stability to the region, and to succeed in the fight against the terrorism and the criminality of ISIS, is to topple and prosecute the tyrant and his family.

The third impossibility is the fall of Syria and its people into the grip of extremist groups:

The fertile soil that has delivered the likes of al-Baghdadi, al-Golani and al-Mahasni to Syrian territory was originally created by the oppression and criminality of Assad. Before the murder of peaceful demonstrators and the lynching of their bodies in the streets after each peaceful demonstration, before the killing and slaughter of children in front of their families, before the intervention of Hezbollah’s Nasrallah and Iran’s sectarian militias, these extremist organizations had no place among Syrian Muslims, who have long been renowned for their religious moderation. As soon as Syrians rid their country of the tyrant and his allies, they – in cooperation with all the sincere regional and world powers – will immediately expel these extremists.

If a fourth impossibility exists, it would be the success of the Russian dictator in his subjugation of the Syrian people.

Of course, I do not want to sound optimistic, as these impossibilities do not deny the possibility of a prolonged Syrian tragedy for years to come, and thus the continuation of murder and destruction.

So the loyal Syrians and the lovers of Syria should mobilize all their energies, and unite their efforts to end this disastrous war that has been destroying Syria and its people for more than four years. These forces should cooperate to help the Syrian people to rid themselves of the anvil of Assad family, its dictatorship, corruption and criminality, as well as the hammer of extremists and their bloodthirsty minds.