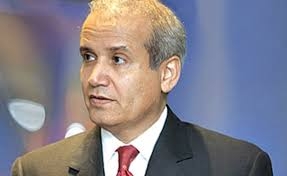 The interesting statement made by the military spokesman and adviser to the Saudi Defense Minister Brigadier General Ahmad Asiri about Riyadh’s readiness to fight on the ground in Syria raised many questions. Amongst them are: Is this a change in foreign policy? Why are we fighting in a distant land? Why are we fighting with the international coalition? If there is a desire to intervene, why don’t we fight the murderous Assad regime which is more brutal?

Fighting on the ground in Syria appears to be a new approach and is the first time that Saudi Arabia is willing to participate in a ground offensive to fight ISIS in Syria. In the past there have been suggestions of Saudi Arabia’s willingness to participate without mention of how this would be done exactly. Nevertheless, it has been a member of the international coalition fighting terrorist organizations in Syria in the form of air strikes since last year.

Why is Saudi Arabia fighting as part of the international coalition? Saudi Arabia must either get the approval of the Assad regime in Syria as Russia is doing today – but this is an impossible request for Riyadh to make and it is likely that Damascus will reject it – or be authorized by the UN as it is in Yemen where Saudi forces are fighting with the approval of the Security Council. Therefore, the international coalition grants it legal cover and represents an integrated system of 13 states.

As for what motivates Saudi Arabia to fight ISIS in Syria, it knows, like many other states, that it will be targeted by the organization soon. It is believed that hundreds of Saudis brainwashed by ISIS are fighting in Syria and many of them have tried to return and carry out terrorist operations in Saudi Arabia.

The most embarrassing question, however, is why are we fighting ISIS and leaving the Assad regime which has committed the largest number of crimes including murder and destruction in the history of the region? Firstly, Saudi Arabia is not a neigboring country to Syria and is separated from it by Iraq and Jordan. Secondly, it is not able to fight there without an international mandate. Fighting in Syria without an international mandate would be considered an act of aggression with serious consequences.

Turkey has been fighting ISIS in Syria and Iraq for a while now; however it is not fighting the Syrian regime despite being enraged by it for the last five years. Turkey has the longest border with Syria and one of the largest armies in the world consisting of 700,000 professional soldiers, and up to 1 million soldiers if reserves are included. Despite this, Turkey is committed to international laws and does not intervene militarily.

Fighting ISIS is not only a military process but is also a political one as well. By eradicating ISIS, the Russians and Iranians will no longer have an excuse to destroy the national Syrian opposition that has no links to extremist groups and foreign fighters. It will also strengthen the position of the Syrian opposition that has been targeted by extremists, Assad forces and its allies. This can be seen in the governorate of Daraa in the south where the Syrian regime’s allies actively strike the Free Syrian Army (FSA) by claiming that it is an extremist organisation.

When you consider Brigadier Asiri’s statement in context, it is clear that Saudi Arabia is willing to enter Syria on two conditions: the availability of international will and being part of a large military system.