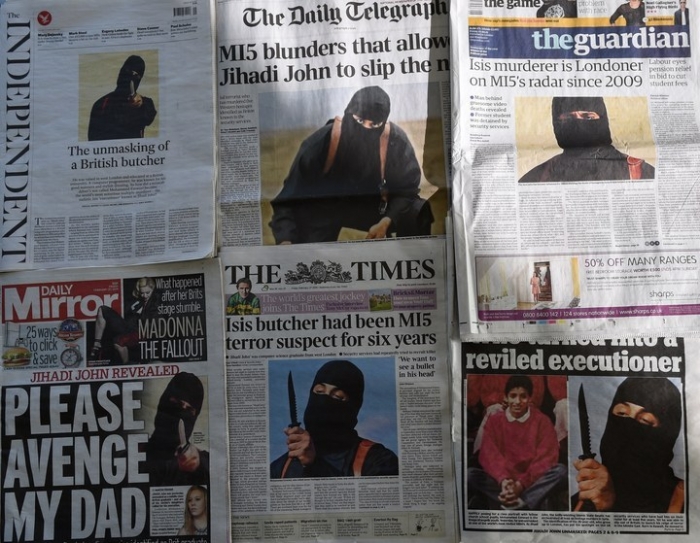 Fighters from Chechnya are on both sides of the conflict; on one side they guide Russian aircraft to their targets and on the other they fight with ISIS extremists in Syria and Iraq to participate in their absurd war which has damaged the Syrian issue and turned it into only a war on terrorism in the eyes of the world.

This is one of the peculiarities of the war in Syria which has attracted adventurers from all over the world under the pretext of “jihad”. However, the strangest story is that of the famous British music band the “Beatles” that appeared in the 60s and whose songs are still listened to.

The Beatles band in Syria, most likely based in Raqqa, is different; it is formed of four friends from west London. “Jihadi John” who appeared in several propaganda videos cutting off Western hostages’ heads or executing them and sparked interest because of his London accent, was one of them. They are a model for a movement of Western adventurers who recently converted to Islam and understood it incorrectly or found some ideologies that satisfy their desires to kill and slaughter. It is likely that if they did not go to Syria, they would become criminals on the streets or thieves who do not hesitate to use weapons. There are many of these types of people in major Western capitals and is one of the diseases of civilization and major industrial societies.

A news investigation carried out by ITV (a British television channel) revealed that the leader of this group has Cypriot and Ghanaian roots, converted to Islam in his 20s and was behind the terrorist “Beatles” group going to Syria to freely commit appalling crimes and terrorise ordinary Syrians who are already suffering from civil war and brutal repression. They came like birds of prey that live on the remains of bodies to increase the suffering of the Syrians.

To be fair, this is one side of the war. There is another dark side that fights with the regime ferociously. This consists of soldiers of Hezbollah that cannot hide its involvement in the increasing number of casualties, extremist Shiite militias in Iraq and Hazara fighters from Afghanistan. Some reports say that Iran was not satisfied with sending units from the Syrian Republican Guard and therefore wanted units from the Assad regime’s army.

It is a complete scene of war in which the warring parties call for the premeditated and deliberate ghost of sectarian war between Sunnis and Shiites. Why? In order to maintain power while no one has a vision of how to extinguish the blaze that quickly burns everything and everybody not only in Syria, but in other countries as well.

A few years ago, no one in the societies in which conflicts are currently blazing talked about Sunni or Shiite and sectarian differences, or at least in public. The forces that use the conflict for their own regional interests such as Iran will be burnt by the same fire sooner or later like all the forces that thought they could manipulate religion for political purposes. The west London friends are the amusing side of this conflict despite the brutality and barbaric methods they use. They are individuals who have a desire to dance around the fire and found in Syria the object of their long cherished wish. In doing so, they have insulted the religion that they converted to.