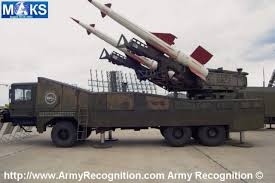 Saudi Foreign Minister Adel al-Jubeir’s statements on supporting Syrian rebels by supplying them with surface-to-air missiles have raised hopes for rebalancing the power, which was lately put in the hands of the Syrian regime and Iranian and Russian forces.

The hopes are in ending the ban on the Free Army, considered a moderate opposition, in order to protect its areas and combat murdering and displacing a large number of civilians within a clear scheme that aims at modifying the demographic map of Syria.

These hopes also allow the opposition to cancel the possibility of implementing projects that depend on political solutions in the negotiations, thus leaving Bashar al-Assad and his regime in power regardless of the crimes he has been committing.

Also because no Turkish, Arab or international forces will intervene to protect the Syrians while facing Assad’s regime, Iran, and the Russian forces who are militarily superior to the opposition. The remaining possible solution is to boost the capabilities of the opposition fighters by providing them with high-quality weapons, which they have been lacking due to several reasons including fear from them falling into the hands of ISIS militants.

Regardless of whether surface-to-air missiles are provided, we must not underestimate the extent of regional support for the opposition. This support is rarely announced, but has played – and continues to play – an important role in helping rebels succeed in confronting Assad’s forces and terrorist organizations.

Despite the involvement of Russian military alongside Assad’s forces from October, independent reports have confirmed the opposition’s success in destroying many regime armored vehicles compared to previous years because they possessed more advanced weapons.

Jubeir’s suggestion can be applied by providing the Syrian moderate opposition forces with Chinese missiles, if American ones were not available, to target the regime’s air force and oblige the Russians to conduct fewer air raids and fly at higher altitudes to avoid being struck; thus expediting a moderate political solution accepted by most parties.

One of the excuses that were given to prevent providing the opposition with surface-to-air missiles was fear of repeating the experience of US Stinger missiles that were smuggled out from Afghanistan after the confrontations with the Soviet Union. These missiles were then used to threaten countries such as the United States and Saudi Arabia, and many of them were seized by Al-Qaeda militants.

Suspicions that the Syrian opposition, including the moderate opposition, might be infiltrated by the Syrian regime or terrorist groups, or might face disobedience among its militants regarding the targets of these missiles are justified.

There have been frequent discussions about this matter from three years. The moderate opposition’s military leaders suggested that such advanced weapons be controlled by electronic chips that limit their use to certain purposes, yet they were told that this was neither guaranteed nor sufficient.

Some of the opposition’s leaders suggested that the missiles be supervised by the opposition’s elite and military leaders from countries present with them on the ground for intelligence purposes. This option was also rejected and considered unconvincing.

Nevertheless, the war expanded and became more dangerous for the Syrians and their neighboring countries, and its threat reached Europe. Russia has granted regime forces air cover to march toward the Turkish borders while the Iranians, also thanks to Russian air support, have progressed in the south, threatening Jordan’s security.

At this point, political talks are not enough to stop these threats, and the balance of power must be shifted in favor of the moderate opposition at a time when powers meet in Geneva to approve a political plan that decides Syria’s future according to the current situation on the ground.

Between getting directly involved in the war and enhancing the opposition’s military and intelligence capabilities, the latter option seems less dangerous and more urgent.