The armed opposition's acceptance of the ceasefire could open a wide door for Nusra and ISIS to bring a large number of fighters into their ranks, as the two strike religious chords with “feelings of injustice” and portraying themselves as the “only two parties” in Syria standing against Assad, Russia and their allied militias 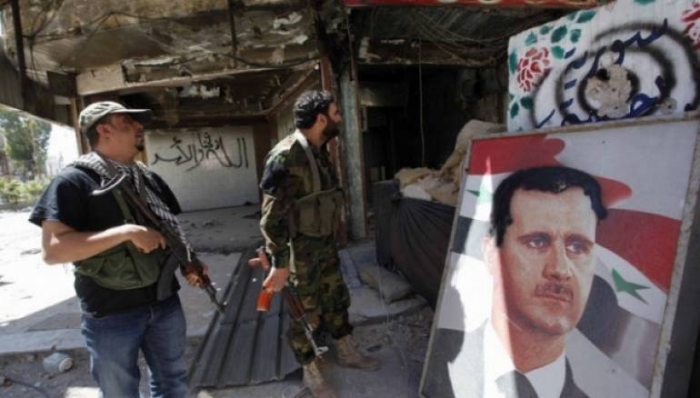 The ceasefire deal which the United States and Russia have arrived at in Syria aims for something beyond the proposed “cessation of hostile actions” and a boost for the political process. The deal’s current wording foreshadows an even worse situation to befall the opposition, especially militarily, in the event that the “cessation of hostile actions” is applied according to the Russian-American vision.

The deal will exclude the Nusra Front, the Islamic State group, and other “terrorist organizations” – which there is no clear mechanism to define – while giving safety to those who accept the deal’s terms. The two parties, and others from European countries, stress that the deal will reduce the suffering of the Syrian people, and portray it as being useful to the opposition and the regime alike. But from another view it could produce damaging results for the opposition in particular, while benefiting the regime at the same time.

The “cessation of hostile actions” will be implemented at 00:00 on February 27, while regime, Russian and international coalition warplanes will continue to target those who do not accept the deal’s terms. Nusra and ISIS will be under attack regardless of whether the Syrian opposition announces their acceptance or disapproval to strike Nusra. However, its exclusion from the bombardment will lead to negative results for all the areas where Nusra is present on one hand, and may lead to a quick and clear change in the structure of the “moderate” opposition factions to the benefit of both Nusra and ISIS on the other.

Nusra’s relationship with other opposition factions is entangled, overlapping from high command to participation on the fronts. Although the opposition protests Nusra’s refusal to cut ties with Al-Qaeda, the number of enemies targeting the “moderate” opposition factions and Nusra alike has forced them to at least unify efforts as they were both subjected to attacks by warplanes and ground forces.

The danger of the agreement, according to the view of some opposition members, lies in that it will create a clear rupture among armed opposition forces, which could lead to more fragmentation and ignite fighting between them. The disputes could reach the extent of using Sharia court for “takfir” (denouncing Muslims as non-believers) and using religious sympathies as a means of attracting other parties – which accepted the deal’s terms – to side with those excluded.

The factions’ acceptance of the ceasefire could open a wide door for Nusra and ISIS to bring a large number of fighters into their ranks, as the two strike religious chords while bolstering their ranks with “feelings of injustice” and portraying themselves as the “only two parties” in Syria standing against the Russian occupation, the Assad regime, and the militias supporting it. The two groups have proven their capability of pursuing means like these to recruit and attract others, especially those whose interests lie first in protecting their families from atrocities like slaughter and rape.

It seems that Moscow was able to impose its vision on Washington with its choice of phrasing about targeting other “terrorist organizations,” without clearly defining these organizations, meaning that Russia and Assad will always have a ready excuse to bomb civilians, public utilities, or other opposition factions under the pretext that terrorist groups are present or that these areas are sheltering Nusra. Russian and regime attacks against civilians and violations of the truce will not result in any penalty for them, because Russia is “referee and opponent at the same time.”

Considering that Nusra includes a large number of young Syrians and that many of them joined the group to defend their families, and considering that a logic of clan and “al-fazaat” (mutual support when in fear) prevails in the areas where Nusra is present, the acceptance of the ceasefire by opposition fighters while at the same time Nusra and the other groups are considered terrorists will lead to a loss of trust between the two sides, or to fighters deciding to join Nusra or ISIS out of rejection of their leaders’ decision to accept the agreement.

The Syrian opposition fighter will find himself with three choices: Either accept the deal canceling out his demands, remain in danger of rockets and artillery, or move to groups that have weapons and are unaffected by the cutting of support – meaning Nusra and ISIS. The fighter will likely go with the third option, because the battle is a battle for existence.

This result, if it becomes a fait accompli, will lead to a change in the equation of the conflict in Syria, transforming the presence of opposition factions whose first aim is fighting the regime and defeating Russian and Iranian forces, to factions fighting among themselves and finishing each other off with their own weapons. Meanwhile, the role of the Assad regime and its allies will only be to bolster this dispute between the factions by intensifying bombardment on the areas where Nusra or other groups which they consider to be terrorists are present, as well as deluding local public opinion into believing Nusra and the like are the reason for the woe befalling Syrian cities.

If the ceasefire is destined to have a chance of success and continue for a longer period while the tempo of bombardment of the areas where Nusra, ISIS and other groups are present increases, it is not out of the question that the targeted groups will decide to join one another and unify their efforts and concentrate in specific areas in order to survive. Then Syria will witness its division into two areas: the first which Western nations and the regime consider to include terrorists and extremists, and will see the most violent forms of bombardment, and another area living far from the fighting in exchange for its submission and not approaching the fronts of the regime or one of its allies.

This will lead to a rehabilitation of Assad and strengthen his claims and the claims of his allies that what is happening in Syria is a “war against terrorism,” and not a popular revolution calling for the end of an oppressive regime. Assad will become in the eyes of the world “a legitimate leader” who wants to fight extremism and terrorism, while the opposition will be reduced to the groups that refused to comply with the ceasefire or which were excluded – and any “extremist” opposition must be destroyed, even if the world is forced to work with Assad to achieve that.