Before the implementation of the truce, Russia attacked opposition-held areas in the north and Aleppo and cut supply routes and arms and fighters’ corridor from Turkey 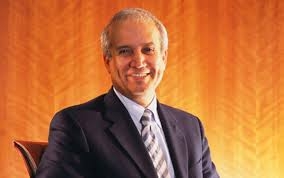 Despite of what is said regarding the stable security conditions in Syria, arrival of humanitarian aids and partial ceasefire, the main beneficiary from the ceasefire in the current circumstances remains President Bashar al-Assad’s regime.

The US-led international alliance is clearing and regaining territories from ISIS, which are generally given back to the regime and its allies’ control.

Before the implementation of the truce, Russia attacked opposition-held areas in the north and Aleppo and cut supply routes and arms and fighters’ corridor from Turkey.

Russian military activity coincided with Western pressure on Ankara to curb the extremist opposition. Turkey should have thwarted the activities of rebel groups similar to ISIS, such as the Nusra Front, following Paris attacks and the influx of millions of refugees to Europe, precisely Germany.

While Russians and Europeans were restraining Ankara, ISIS carried out terrorist attacks against Turks. It is believed that they are acts of retaliation after Ankara stepped up measures against the group.

The government performed a series of procedures to reduce external tensions and try to impose stability, which was threatened by ISIS militants and Turkey’s rebelled Kurds.

This is why I mentioned that the Syrian regime took advantage of this truce as Iran-linked militias such as Hezbollah have resumed military operations against the Syrian opposition.

Meanwhile, the truce was supposed to be part of the political solution project that opposing parties were negotiating over in Geneva under UN auspices.

However, all the indicators following the negotiations did not show serious attempts to take decisive measures nor a minimal commitment to a final resolution. The only thing that the UN envoy to Syria, de Mistura, proposed in his plan was concerned with controlling the situation on the ground in the coming period. This implicitly means that Assad will stay in power within the context of a possible consensual solution.

Can this bad situation, where Assad is being empowered and the Turks pressured, fulfil the Russian-Iranian project to rehabilitate the regime without making any fundamental changes to it? All indications prove that we are heading towards this situation, but facts on the ground are challenging.

They cannot control 10 million Syrians who are either seeking refuge or internally displaced or put an end to the presence of militias at a time when the regime is so weak that it cannot impose its authority on its own, without help from its allies such as Hezbollah’s militia.

The truce is not a peace project, but a project to slow the pace of the crisis. If this truce succeeds, it will turn Syria into another Somalia, where Assad stays in power in the capital and controls a small part of the state, while the rest of it remains in chaos.

Some think the Somali represents the least bad scenario, as the ongoing violence in Somalia has not spilled over into neighboring countries such as Ethiopia and Djibouti.

However, this is a bad option for the Syrians because it imposes the regime on them, and is bad for the region because it will not stop violence from being spread.