"The discourse, which characterized the revolution at the beginning, has become almost absent, and we now have different, backwards discourses unworthy of the sacrifices that Syrians have made for their right to live with freedom and dignity" 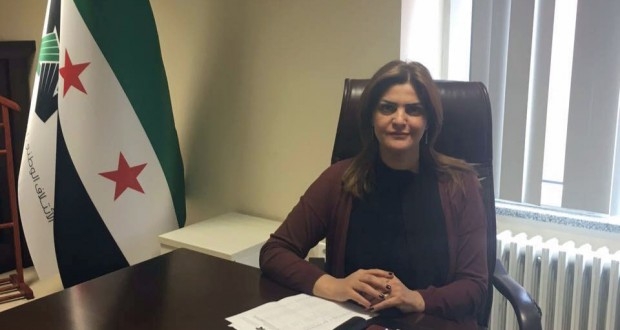 It seems that confronting oneself in critical moments is both difficult and painful. But this test must be undergone if we want to correct our path and improve our situation. It should be said that the Syrian opposition has made errors, which should be neither ignored nor denied.

First, because whoever acts has both mistakes and successes. Second, because the experiences of movements and political revolutions are always built on trial and error, as standard prescriptions do not exist here. Third, because the experience of this opposition is new, and has emerged recently in difficult and complicated conditions over years, not decades. Fourth, because Syrians were deprived of political life, and so lack experience in this field, with respect for all the formations of the opposition who tried to impose themselves before the revolution over the past decades, and paid a heavy price.

From my experience, with all the disasters that have occurred in Syria because of the regime, especially in its attempts to push the revolution to deviate from the basic goal of achieving change and establishing a democratic system or a civil state by using the highest degree of violence and turning it from a political conflict to an existential conflict, and in its attempts to confer a sectarian hue to the revolution and make it look like it a battle against terrorism, it should be recognized that the regime was able to win some hesitant sectors of Syrians, not because they accepted the regime, but out of fear of its wrath or uncertainty about the alternative.

We erred as opposition in failing to heed the appropriate degree for this regime’s strategy, and in failing to adhere to a clear and decisive discourse, a democratic discourse based on citizenship, and the right to freedom, justice and equality in a diverse, pluralistic, democratic and civilian Syria (not religious or sectarian or military). Yes, this discourse, which characterized the revolution at the beginning, has become almost absent, and we now have different, backwards discourses unworthy of the sacrifices that Syrians have made for their right to live with freedom and dignity.

The opposition also erred in giving priority to the military dimension over the popular dimension of the revolution, and the dominance of the military over its appearances in not making the military entities subordinate to a clear political vision, and in the gap between the political and military entities, and the silence on extremist rhetoric, that is, the religious and sectarian hue which helps the regime paint Syria in one despotic, exclusionary color.

Among these errors, it is possible to talk about subordinate relationships or dependency on one regime or another, which could appear to be necessary because of the tragic situation of its people and because of their weak capabilities. But this situation itself is what has put the opposition’s credibility to the test. Within the scope of the question is the integrity of its position, the correctness of its discourses, and its work plans. What I mean here is that the opposition can strengthen its position by consolidating its links with its people, and finding bodies through which it can mobilize its energies and from which it can derive vitality and effectiveness, as well as through its eagerness to represent the interests of Syrians in the face of friendly or supporting nations. In short, yes, this is what the opposition needs to do to strengthen its leadership position. Respect for itself will impose respect on others, and consolidating links with its people will provide it strength and independence.

However, discussing the opposition’s mistakes, or merely criticizing them, is not enough and will not work alone, because what is needed is to put more effort and energy into the framework of revolutionary and opposition forces, meaning that some of the responsibility falls upon the forces that are still not inclined to include themselves or work within the coalition or within the collective entity of the opposition, like the High Negotiations Committee, just as it falls upon the individuals who have experience and energy which can enrich the opposition or help enliven it and develop its discourse and work. There are many of those who shrink from working in the collective bodies for one reason or another. Some responsibility falls on the social blocs who do not work as a force to pressure the opposition to broaden its bodies, improve its level of representation, develop its work and rationalize its rhetoric. Blocs like these are there, outside the regime’s control, in liberated areas, and in the areas of displacement in Arab and foreign countries. This type of pressure does sometimes occur, but spontaneously and individually, through social media.

Yes, we need to improve our situation. But this requires concerting all efforts. The revolutionary process in Syria is very complicated, and faces many difficulties. It is not enough to blame the opposition for coming up short or repeating its mistakes. More is required. Participation is required from everyone, and practical steps to put our people on the path of freedom, citizenship and democracy… A Syria for all.