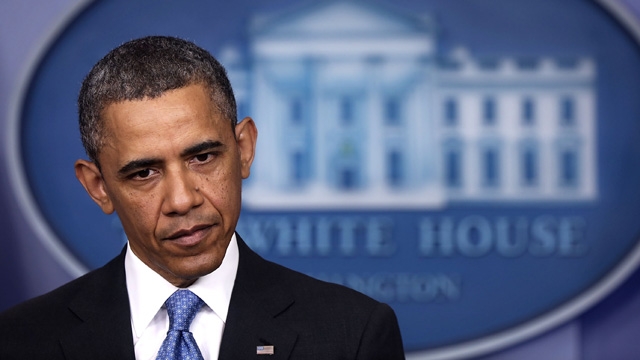 Back in October of last year, veteran 60 Minutes correspondent Steve Kroft interviewed US President Barack Obama on the issue of Syria and the Russian intervention.

Kroft asked him: "You spoke about progress in the Syrian situation, but this is not easily noticeable. The one development that we see is a rise in the number of deaths and refugees." Obama responded that the Syrian problem is very complicated and that he was the first to acknowledge there had been no great achievements. It seemed as if the president has been backed into a corner and is trying to find any justification for a policy which most Middle East experts object to and everyone who he has worked with has resigned, while he sticks to his position with an incomprehensible stubbornness.

More than eight months after this interview, dozens of developments have occurred inside and outside the United States. In December 2015, a terrorist attack occurred in California, killing 14 people, and in June 2016, another in Florida, killing 50 people, meaning the final excuse that Obama has focused on in defending his policy has dissipated completely. His assertion in the interview that “America is safer” is no longer true. Nor should we forget the string of terrorist attacks in Paris, Brussels, and many smaller attacks around the world.

Obama appeared on the same program a year earlier in 2014, when the Islamic State had swept across half of Iraq and taken control of an incredible amount of weaponry. In this interview, Obama placed the blame on the American intelligence agencies because, according to the president, they underestimated the capabilities of ISIS and exaggerated the strength of the Iraqi army. Regarding the project to train the moderate opposition, he blamed the Pentagon for its failure, and said in the same interview that he was not convinced of the program from the beginning. He also blamed the Syrian war, which spread throughout a broad territory no one could control and had drawn jihadists from around the world. The president took care in the interview to place blame for the disasters throughout this year on everyone except… President Obama.

We should remember that a year earlier, after the Assad regime used chemical weapons and killed hundreds of women and children in August 2013, President Obama backed down from his red lines. Many experts said this was the end of the prestige of the President of the United States. Obama did not see that. Instead, he said years later that he was proud of his decision. The secretary of defense at the time, Chuck Hagel, said that he had suffered a stab in the back from the White House, because his advice was not heeded about the danger of ISIS. He indicated that President Obama’s retreat from striking the regime of Syrian President Bashar al-Assad in 2013 had “harmed the credibility of the president of the United States,” as he put it.

Through 2011 and 2012, there were clear and public differences between Obama and his most important advisers, including Secretary of State Hillary Clinton, Secretary of Defense Leon Panetta and head of the CIA David Petraeus — who were successively involved during this period — around the Syria issue. It was even said the US president appeared to be working on his phone during discussions of Syria, that is, that he literally closed his ears, and insisted on his policy, which has led to what we see today.

Even though all the complications which the experts warned about if the US did not intervene to limit the Syrian tragedy have occurred — indeed, many more have happened, to the extent that we stand before a new world, completely different from the word before 2011 — despite all that, the American president continues to defend the policies which led to these unprecedented disasters. When 51 diplomats recently called on the American president to bomb the Assad regime and force it to enter a political solution — and employees presenting their boss with a petition objecting to the policy of their administration is an unusual act, which some media described as a defection from the administration line — even with that, President Obama insisted on his previous policy and stressed that “striking Assad would impede our war on ISIS,” in what could be considered an echo of Putin’s voice. Even renowned journalist Thomas Friedman, who was among the strongest supporters of Obama’s Syria policy over the past few years, and who has sat with him for long hours during the last two years, has changed his position recently and become a supporter of intervention to end the Syrian problem because it could lead to a collapse of the European Union. If someone were to say after all these years that President Obama was not with Assad’s departure from the beginning, what could we say to him?