What will change in the policies of Turkey, Israel and Russia to conform with the era of reconciliation and good relations which Ankara launched toward these two countries? 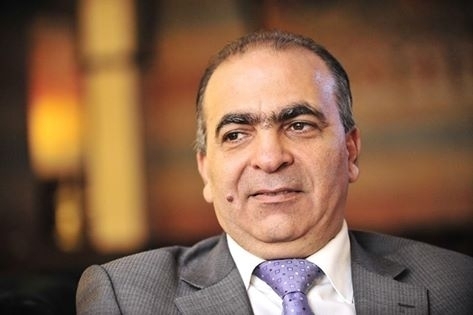 The course of events in Syria after the Turkish overture to Russia and Israel — two highly influential parties since the start of the people’s uprising against corruption and the dictatorship of Assad’s mafia — will not be the same.

Yet it is still difficult to predict the quality of the change, as well as its magnitude and direction, because of the vast difference in how these two countries and Ankara view the course of events in Syria, as well as the conflict of their interests with Turkish interests.

The war which is today crushing Syria represents an opportunity for Israel and Russia to achieve gains which were not in the calculations of the two countries’ leaders, while it poses a serious threat to Turkish national security. This war, imposed by the tyrant of Damascus on his people, represents a golden opportunity for Israel to destroy the state and the people most able to confront Israeli ambitions in the region, especially after Hezbollah and Iran’s involvement transformed the conflict into a sectarian war whose effects will extend across the Arab and Islamic worlds and may occupy them for decades. This gives Israel a chance to swallow the Syrian, Lebanese and Palestinian land it occupied in 1967, and build more settlements without any notable Arab-Islamic resistance, amid the silence of the Arab people and the state. Meanwhile, for Russia, it provides an opportunity to return to the world through the gates of Syria, the heart of the Middle East, as a great power after three decades of absence and marginalization.

At the same time, Turkey finds itself in the midst of terrorist threats from the south along with the possibility of an antagonistic Kurdish entity emerging along its southern borders, with the Kurdistan Workers’ Party (PKK) — with which it has fought a fierce war for decades — forming its backbone. There is also the possibility of the ideology and terrorism of ISIS reaching into its territory, something that has already appeared in the form of suicide bombs carried out by both the PKK and ISIS alike on Turkish territory.

In light of these objective contradictions in their views of Syria and its revolution, what will change in three countries’ policies to conform with the era of reconciliation and good relations which Turkey has launched toward Israel and Russia?

The answer to this question and how these variables will be affected should be the top concern of any Syrian or Arab interested in the future of Syria and its people, as well as the future of the Arab region, control of which has apparently left the hands of Arabs completely.

Here we must ask the following questions:

1 — Has Israel acquired enough from this war and achieved the desired destruction of Syria and its army and infrastructure and now begun to search for a regional solution that will achieve its interests by cooperating with Turkey and Russia, two influential parties in Syria who are closest to it among the forces with a direct impact on the Syrian situation?

2 — Has Russia recently discovered that the war in Syria is no more than a trap set up by the United States, resembling the war in Afghanistan in the 80s, which led to the breakup of the Soviet Union, and does it want to exploit the United States’ cold relationship with its regional allies to get out of this trap and achieve its war aims through new alliances that establish it as a major power in the region that is able to occupy the place of the US — which wants to distance itself from the Middle East and its problems — through an alliance with Israel and Turkey?

3 — Has Turkey exhausted all its efforts to convince its American ally of the danger of the influence of the PKK through its Syrian copy, the YPG, and its control of its southern borders, and is now ready to give concessions in Syria to both Russia and Israel in exchange for protecting its national security and avoiding the Kurdish danger?

4 — Is the issue nothing more than shared economic interests between the three parties, with this rapprochement having no close relationship to the Syrian file?

It is not possible to give precise answers to these questions today, before the picture becomes clearer in the next few days and weeks. But decision makers in the Syrian opposition (if there are any) should consider the task of answering these questions their top concern, in order to build a strategy to move forward on this basis, and try to avoid any possible negative effects of these variables for Syria and its people, and strengthen any positive effects of the Turkish move that could be in the interests of ending the tragedy of the Syrian people and its dual war against the dictatorship of the mafiosos of the Assad family and its allies in sectarian Iranian militias on one hand, and the takfiri organizations, their oppression and the dark minds responsible for them on the other.