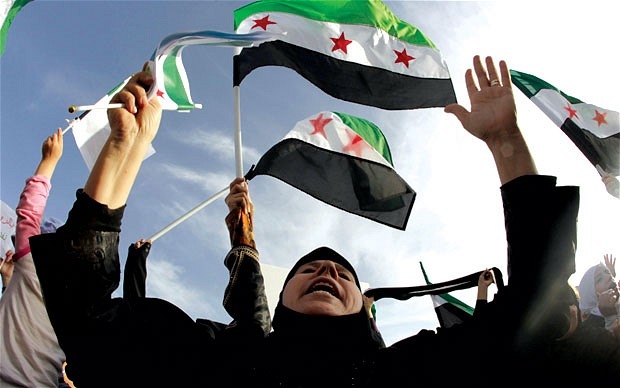 In essence, it is also an attempt by society to end the condition of infirmity which has consistently and persistently defined the authority’s structure throughout the decades of its rule, and has strengthened its capacity to survive through internal networking — through economic, religious, and military forces — and externally — through the interests of parties, states and mafias.

Certainly, what happened in Arab countries before the Syrian spark ignited had an important role in its explosion, in that it gave hope that the transition from a state of infirmity into action was possible. But the most important factor in the continuation of the revolution and its expansion was the structure of the regime. This structure, which was incapable of inventing any way of approaching a solution, even through a military and security means, was what moved the conflict from the field of rights, citizenship and policy to the field of violence and war, thereby closing all possibilities for a political solution which had been available and which would have been enough to spare the country and its people from the tragedy that has befallen Syria.

After the conflict grew and expanded, the regime discovered that its fragile structure — riddled with corruption, weakness and nepotism — was unable to resolve the battle (widespread defections in the army, lack of confidence in the essential core of the regime in many sectors of the state), which pushed the regime to demand direct intervention from very close allies, and the old and complicated issues tied to them — and I mean Hezbollah and Iran.

Conversely, the social forces which rebelled, and which found themselves in violent confrontation with an extremely vicious and monstrous regime that places no value on any humanitarian, national or human rights standards, moved toward calling for assistance from the international community and from regional parties. This demand was in harmony with the interests of these parties, and in them they found a window of opportunity to enter the depths of the Syrian crisis, and subsequently take advantage of it to achieve what they could of their interests.

To say that the defeat of the Syrian revolution would be the defeat of Syrian society and of its national project as a whole, and for this reason many parties allied to defeat the project, which could have broken the political equation of the whole region if it had been victorious — to say this is correct to a large extent. But half the way, or a quarter of it, or just steps, have been a victory, albeit not fully. Shattering the foundations of infirmity could be a highly important success in society which, throughout a long history, has not moved a step outside of it.

It is important for Syrians to be aware that no one desires the victory of their national project, for what regional or international party sees an interest in the resurrection and development of the Syrian people? But it is more important that they know that the victory of their project requires first the defeat of this regime and the defeat of the mafia-like forces which comprise its solid core, and this step may be the hardest in the path to restoring society to its rule.

What Russia — which today seems to be the biggest party in control of the Syrian situation — is trying to do can be summed up as an emulation of the first period Hafez al-Assad took power, that is, a new synthesis that resembles the synthesis of the infamous National Progressive Front, while preserving the deep structure of the regime, all within the framework of a centralized state, thereby ignoring that it is not possible for Syria to move from a state of disintegration and strife without breaking up the deep structure of the state. Breaking up the structure of the regime does not mean categorically excluding all the forces present within it, but restructuring what can be restructured of its power within a framework of a new relationship removing the mafia-like formula of this structure and entrenching a formula of state and authority and society on a constitutional, legal and human rights basis.

For the sake of the supreme interests of the Syrian nation, work must be done to form a national party that represents Syrian national interests and defends them eagerly. This is not limited to the current political frameworks, whether on the regime or the opposition side. Work can be done to find this party in light of supreme national interests, and this may be the most important step in the coming period.