"All the indicators and data indicate that this deal is on the way to being implemented, and it may be in Russia’s interest that it succeeds, because it would make it easier for them to pull back or limit their involvement in Syria" 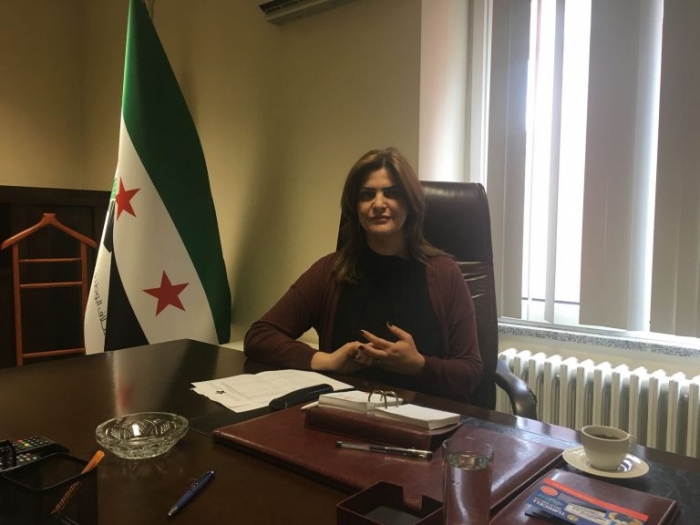 International and Arab media have circulated details of the deal reached between US Secretary of State John Kerry and Russia, irrespective of whether this deal enjoys Russia’s agreement, entirely or with conditions on all of its articles.

According to newspaper leaks, this text was a road map brought by Kerry to his counterpart Sergei Lavrov, including an agreement to wage war against the Nusra Front and ISIS. What can be understood from this is that the United States is the one who has edged closer to the Russian position by prioritizing the war on “terrorism” in exchange for Russia’s pledge to push for an end to bombing and military operations, as well as placing the issue of working toward a transitional government at the top of the agenda.

It is notable that this development occurred at the time that the United States has directed, through its allies in the Syrian opposition, a call to Nusra, urging them “to cut ties with Al-Qaeda, to delay and prevent several decisions to deal with Nusra as a party equal to ISIS.”

The deal does not stop at waging war on Nusra and ISIS alone, but also includes calling for a political solution in the long term. As for the short term, it talks about the possibility of implementing a type of no-fly zone on the Assad regime, noting that this agreement requires the parties to exchange information, specify targets to strike, specify and greatly reduce areas available to the regime.

My observations on this deal lie specifically in the fact that the regime, and along with it Russia, could deliberately breach this agreement — that is, not comply with it — in light of previous experiences in which it manipulated the Geneva I declaration and Resolution 2254, especially in that there is nothing that clarifies what will happen in this situation, or if the United States will impose anything that will make evading this deal difficult or costly for the regime and Russia. Indeed, the contents of the agreement confirm that the regime will lose its ability to use the excuse that those they are bombing are the Nusra Front to justify its breaches of the cessation of hostile actions, which the two sides are trying to revive. If the basic issue here is making sure the matter is not manipulated, as happened in previous deals, this means that the matter depends on the extent the US administration is resolute in its position, rather than leaving it up to Russia.

Regarding the opposition’s position on this deal — and perhaps it should be emphasized that this is without pretensions — it is not entirely bad. This means that the deal is a result of the balance of powers and reflects our situation and abilities. With that, it should also be known that the regime, and not the Free Syrian Army or armed opposition groups, is the one who has the firepower and destructive force, with Russia’s warplanes, and so any action that leads to stopping hostile operations needs to be invested in and built upon. That requires heading, through this deal, toward reviving the political process and sitting at the negotiating table, thereby leading to a real transitional process implementing the Geneva agreements and Security Council Resolution 2254, especially establishing the fully-empowered transitional governing body.

All the indicators and data indicate that this deal is on the way to being implemented, and it may be in Russia’s interest that it succeeds, because it would make it easier for them to pull back or limit their involvement in Syria. This situation requires the opposition to organize its situation in connection with its political, military and civilian bodies. It also requires it to restore its basic rhetoric about ending and not just bringing down the dictatorial regime, and establishing a democratic, civilian state for all its free and equal citizens, without forgetting that some issues are still unresolved among the opposition about its concept of a democratic state and the rights of citizens and national groups within this desired state.

Finally, rushing to criticize or cheer this agreement without considering its implications on the project of building a new authority for Syria puts the opposition once again before big questions, not least of which is: What alternative do we have?