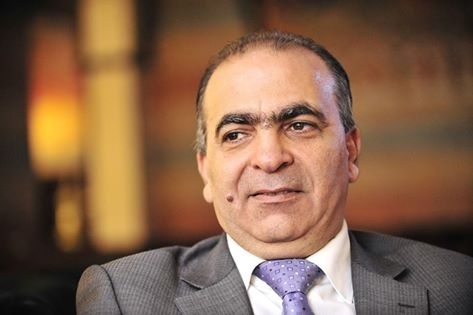 Western officials (and even the Russians) at all levels have not hidden their belief that Moscow has emerged as the key player in the Syrian arena since its military intervention, especially after the US became preoccupied with its presidential elections and the EU’s focus shifted to internal problems after the British vote to leave the union, which has caused European confusion at all political, economic and social levels.

On top of this, Turkey decided to normalize relations and apologize to Russia while also opening up to Tel Aviv. The Turkish concerns focus on defending Turkish national security and the threats posed by Kurdish and ISIS organizations, besides the chronic Arab impotence in managing any crises which have ravaged Arab countries and peoples and the lack of active and independent Arab desire able to effectively impact the events in Syria.

It has become clear that Russia has obtained what amounts to an authorization from all the influential powers in the Syrian events and has become the largest, if not the only, force able to stop the bloodshed in Syria, or leave it to continue until it achieves its aims through its 6-month-old military intervention and continuous air bombardment. Russia knows this authorization may not continue forever and that the American administration which wins in the coming elections may withdraw it if the United States decides to break with Obama’s policy, which has dealt with Syria on the basis of non-intervention as long as the danger does not directly threaten American interests. (If your rivals are fighting, support those who are fighting them and you are the winner in any result of the battle.)

For that reason it is expected that Russia will redouble its efforts politically and militarily until the end of this year to create a situation in Syria that allows them to achieve most of their aims from the intervention. Everyone has noticed the intensification of bombardment on the armed Syrian opposition forces and attempts to achieve progress on the ground that would enable it to impose a solution that suits it.

Of course, the Russians know that they are not the only ones in this war and that their Iranian partner also wants to achieve its aims through its own military intervention in Syria, which may not be compatible with Russian aims. For that reason, the Russian step toward rapprochement with both Ankara and Tel Aviv came as a message to Iran that the Russians will not be hostages to the ground force whose backbone is comprised by the Iranian forces and the Lebanese and Iraqi sectarian militias assembling under their command. (It well-known that the military force under the Damascus tyrant has been marginalized compared to these forces.)

In light of these facts and complexities, the idea has been leaked of establishing a temporary transitional military council to guide the transitional stage as an alternative to the Geneva process and its stalled negotiations. The council would be able to reassure Syrians from both sides and could unite the Syrian military forces to form a Syrian national army able to confront ISIS and other takfiri forces without Iranian forces and their militias.

The names have been circulated of some officers who have maintained their neutrality throughout the five years of the Syrian revolution and have stayed away from the idea of supporting extremism and have at the same time refused to join Assad’s mafia in killing the Syrian people or have not participated in killing and torture, and despite remaining in the regime army, their hands have not been contaminated with Syrian blood, in addition to some defected officers and some armed opposition forces far from the takfiri organizations.

Regardless of the extent of credibility of these leaks around the presence of a Russian-American regional deal around this proposal, it is an idea for debate and could be studied seriously. A number of questions and caveats about it could be proposed, such as:

1. Will this council really offer a political transition toward a new Syria without repression and the rule of the corrupt Assad family of mafiosos? And how can it guarantee it will not lead to the regime reproducing itself with a new face?

2. Will there be enough international and regional support behind this council to confront any Iranian maneuvers to push it toward failure and refuse the flames of sectarian war which Iran wants to enter on Syrian territory? Or Iranian intentions that could meet approval from Netanyahu may be to create a sectarian quota regime in Syria on the Lebanese and Iraqi models enabling Iran to rule in the political game and Syria to remain like Lebanon and Iraq, a fragile state unable to manage its crises, which could suit Israeli desires.

If it manages to avoid these two possibilities, the idea of the transitional military council in the form that has been leaked could be one of the best routes to escape the danger of breakup and vanishing that threatens Syria as a people and a state.