What Kerry says and what the Europeans think is not important 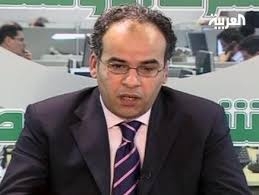 Our newspaper published an exclusive story about the Kerry-Lavrov agreement on the Syria crisis two days ago. It summarised what the US Secretary of State John Kerry communicated to his European counterparts in Brussels, after his lengthy meetings with the Russian Foreign Minister Sergei Lavrov and President Vladimir Putin.

According to the article, Kerry told his European counterparts that his agreement with Lavrov is based on the principle of “breaking down” a solution to the Syrian crisis into stages. The first stage would involve working on military coordination between the parties with respect to air strikes on ISIS and the Nusra Front, which has changed its name. This would happen after positions belonging to the moderate opposition were separated from those belonging to the extreme opposition. This would mean restricting Russian air strikes and knowing their positions.

The second stage concerns the fate of Bashar al-Assad which will be “deferred to later phases.” Asharq Al-Awsat was informed by European sources that Kerry told Lavrov that what he is doing is the “current administration’s last American attempt” and that if Russia did not put pressure on Assad’s regime and on Iran to implement it, Washington will completely withdraw from the Syrian crisis and leave Moscow with the burden of dealing with all the realities on the ground.

The above is almost a summary of the ideas proposed by Kerry to his European counterparts according to our newspaper, and therefore the simplest comment on this initiative is that “The Kerry – Lavrov agreement is a failure” and is worthless. Talk about restricting Russian aviation is a brilliant idea, but who can guarantee this? Who will believe the Russians? Who will believe the current US administration whose second term is coming to an end and whose president is now a “lame duck”?

The Russians did everything in Syria and supported Assad’s crimes without paying the price and without facing the consequences. So who will guarantee that they keep their word this time? President Obama will always be remembered as being weak in front of President Putin. Saying that Assad should be dealt with at a later stage as part of a solution process that is broken down into stages and Kerry telling Lavrov that what he is doing is “the current administration’s last American attempt” reveals the full story. President Obama is trying to kill time and present formal initiatives before he leaves the White House. He does not want to take decisive stances and has therefore made Assad and Syria the problem of the next American president.

Therefore, what Kerry says and what the Europeans think is not important. What Lavrov, Putin, Assad and Iran understand from this is the most important thing. They are certainly aware that their agreement is a failure and that it does not aim to stop the Assad killing machine or get rid of Assad. Rather, it is an attempt to calm the situation until President Obama leaves the White House at which point the new US president will deal with the Syria crisis. This is the whole story, and whatever the Obama administration says and however it justifies things, everything seems to be deferred until after the new American president is elected and therefore the agreement is a failure.