Today, the governments of Turkey, Iran, Iraq and Syria act based on a conviction they are reluctant to proclaim publicly, which is that the Kurds are more dangerous than ISIS 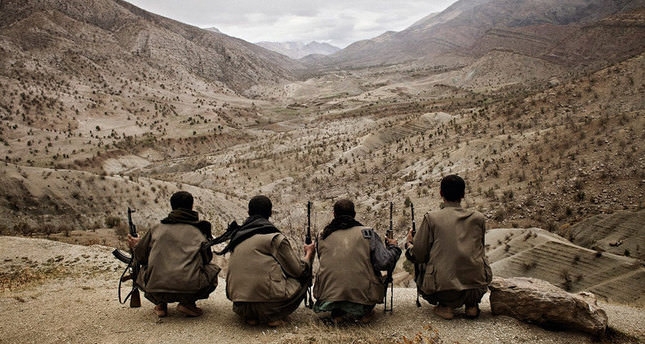 Between Ankara, Tehran, Baghdad and Damascus there are many interests and old sensitivities, including the poison of history and that curse of geography. These countries converge and diverge, fall into conflicting alliances and then shake hands and talk about turning a new page. The constant item between the four capitals is fear of the Kurds clinging to their old dream despite the horrors inflicted upon them. Today these countries act based on a conviction they are reluctant to proclaim publicly, which is that the Kurds are more dangerous than ISIS.

Those experts familiar in the region’s affairs and its prisons know that ISIS is destined to be defeated. Its presence is more than the region and the world are able to bear, and the terrorist digs its own grave when it has a known address that can be pounced upon. For this reason, the four nations act on the basis that ISIS is a large but passing danger, while the Kurds are a massive and lasting threat.

It was not the fear of ISIS that forced Recep Tayyip Erdogan to walk above the rubble of his own ego. It was fear of the Kurds: domestic Kurds and Syrian Kurds. In this way, we can understand his trip to St. Petersburg, and his coming trip to Tehran, as well as Ankara’s announcement that it would accept a role for President Bashar al-Assad in a transitional stage.

Erdogan’s new behavior has encouraged the Syrian regime to reveal its cards. It also believes the Kurds are more dangerous than ISIS. The latest clashes in Hassakeh (between Kurdish fighters and regime forces) practically resembled an exchange of letters with Turkey. The hardline stance against Kurdish aspirations could be the bridge that is restored between Ankara and Damascus, despite the lost warmth between the two presidents.

Iran’s mission is to resize the Kurds. It cannot accept that any Iranian Kurd call for a situation resembling what is occurring for Iraqi Kurds, and which Syrian Kurds are aspiring toward. When the revolution succeeded, Grand Ayatollah Khomeini received a visiting Kurdish delegation. The delegation put forward to the revolution’s leader the question of Kurdish rights, and he replied that there was no problem because the revolution was Islamic. The revolution did not resolve the Iranian Kurdish problem, however, and the evidence is that some of them resumed the armed struggle.

Iran has a practical interest in averting the dream of the Syrian Kurds. A federalist Syria would not reassure Iran. Kurds winning their rights would put forward the issue of other ethnicities, including the Sunni majority. Curbing Kurdish aspirations would form a new bridge between Ankara and Tehran, in addition to the economic interests and the desire to avoid the regional Sunni powers converging on a position that controls Iran’s appetites in Iraq and Syria. Iran is also acting on the basis of the belief that the Kurds are more dangerous than ISIS.

The discussions underway in Baghdad around the role of the Peshmerga in the “Hashd al-Shabi” (popular mobilization forces) in the battle to liberate Mosul from ISIS confirm it is also dividing between a large emergency threat and a large lasting threat. Some of the influential forces in Baghdad’s decision making are currently behaving as if they regret what they were forced to give the Kurds out of a desire to eliminate Saddam Hussein’s regime. Most probably Tehran is the one who authorized its allies at the time to accept the Kurdish demands before the American invasion because of their belief that getting rid of Saddam would be a strategic gain and this turned out to be true in the end.

The ISIS organization after its resounding advance became a major threat of great concern to the region and the world. But the brutality of ISIS at the same time was an opportunity which was seized by nations and forces to carry out their agendas, whether in Iraq or Syria. Under the banner of fighting ISIS, the foreign interventions in Iraq and Syria have multiplied. Multinational strikes have forced ISIS to recede, although it can still carry out massacres here and there. However, the dance of stances and repositions has begun to be connected to the permanent Kurdish threat more than to the passing ISIS threat.

It is clear that the job is long, violent and bloody. The Kurds are dealt with on the belief that they are a landmine in the maps of the countries where they live, and threaten more wars and ruptures. It is not possible for the Syrian Kurds to return to how they were five years ago. It is also not possible to hunt the Turkish Kurds forever. It is not possible to solve the problem of the Iranian Kurds by way of destabilizing the Kurdistan region of Iraq. The refusal to recognize the right of difference is calamitous and its disastrous results will not be limited to the Kurds alone.