Russia’s victory in enabling the regime and Iran’s militias to enter eastern Aleppo will comprise a major turning point in the Syrian war and will lead to a major disruption in the balance of forces to favor Iran, its militias, and the Assad regime 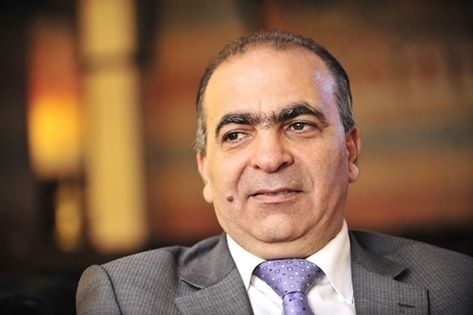 The views of most of those interested in the Syrian issue are turning to Aleppo, after Russia rejected all the offers, wishes and attempts exerted by more than one international party to break the siege on more than 300,000 Syrian civilians who have become completely cut off without any possibility of receiving food or medical aid — 300,000 human beings, the overwhelming majority of them impoverished Aleppine families who live in modest homes with a number of children, and whose circumstances have not allowed them to leave the city. There are fewer than 8,000 fighters among them, and United Nations Syria envoy Staffan de Mistura has said that fewer than 300 of them are fighting alongside Jabhat al-Nusra.

Russia insists on a military settlement in Aleppo as a precursor to imposing a political solution in Syria built on the destructive power of its air force, supported by militias fighting on the ground funded by Iran, which mostly have sectarian backgrounds, such as Lebanon’s Hezbollah and the Iraqi and Afghan brigades.

Russia’s victory in enabling the regime and Iran’s militias to enter eastern Aleppo will comprise a major turning point in the Syrian war and will lead to a major disruption in the balance of forces to favor Iran, its militias, and the Assad regime — especially after the success of Russian officers in enabling the regime to retake many of the areas around Damascus and some areas of Homs through signing (reconciliation) agreements with their residents which include the expulsion of fighters and gathering them in Idleb, which is under Nusra’s control. It is notable that Russia refuses to send these fighters to any location under armed rebel control other than Idleb, which is under the complete control of Jabhat al-Nusra. After Madaya and Zabadani, the regime cleared Daraya, Waer, Qadisiya, and Hameh, and then Moadhamiyet, and negotiations are underway with residents in Douma, Al-Tel, Harasta and Jobar in an attempt to reach similar agreements. If the Russians and Iranian succeed in taking control of Aleppo and expelling fighters and their families from there and sending them to Idleb, then Russia and Iran have succeeded in gathering the Syrian opposition forces into three main locations, two of them under the control of groups classified as terrorist groups by the United Nations and the international community (Idleb and its countryside under the control of Al-Qaeda, and Raqqa and the Deir-ez-Zor countryside under the control of ISIS). This will make it easier to recruit the world against them, and then return them to the control of Russia and Iran and its militias in cooperation with everyone or without opposition from anyone, and an area shared with Turkey and some of the armed groups supported by them in the northwest and the Kurdish militias in the northeast. Both parties have good relations with the Russians which will allow them to find solutions which may have been previously agreed upon by both Turkey and Saleh Muslim’s militias.

This, it seems, is the Russian plan in supporting the survival of the Assad regime and dividing up influence over Syria with Iran while ensuring that no Kurdish entity is established on the Turkish border, as well as extending Turkey’s hand in this area to prevent any threat to its borders.

Unfortunately, this plan has achieved a great deal of success so far, and may truly succeed in suppressing the Syrian revolution completely, especially after neutralizing Turkey, guaranteeing Israel’s security, and exploiting the current American preoccupation with the presidential elections and the clear Arab inability to stand against Iran’s expansionist ambitions.

The current Iranian-Russian plan, which is in its final stage, may be hindered in the event of some or all of the following conditions:

— A swift Arab awakening which remedies the inability and lack of influence over the Syrian issue, and the immediate start of good communications with both Russia and Turkey, sending a swift message to them that their collaboration with Iran at the expense of Arab interests will not come without a price, and that despite the fragmentation and weakness the Arabs are suffering from, their desire to defend their interests will put their differences to the side and make them unite their positions.

— A Syrian awakening including its various ethnic, religious and political constituencies in both the loyalist and opposition camps not implicated in corruption and bloodshed — who comprise the majority of the Syrian people, and have no real ally but their unity and desire to preserve their country.

— The Iranian-Russian plan stumbles when the new American administration arrives and European-American cooperation emerges aiming to limit Iranian-Russian ambitions, with Syrians able to benefit from this conflict of interests to preserve their country without falling into subordination to one of the parties.