I do not believe that there is a single Syrian citizen who does not feel angry at how President Obama’s administration has dealt with what is occurring in their country. Therefore, I do not imagine that they will really regret Obama’s departure, despite the alternative which will come to replace it. 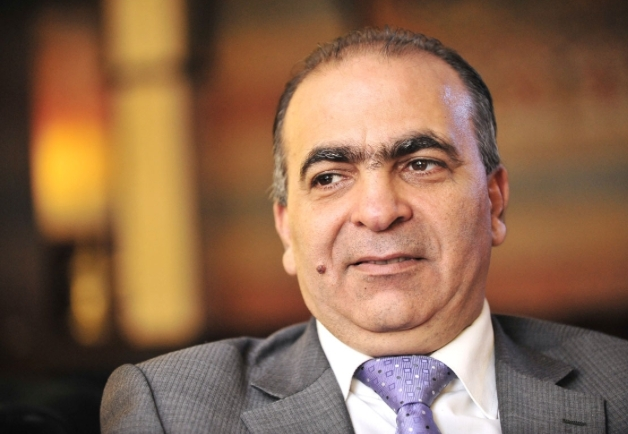 With a view to the end of the Obama era at the head of the world’s only superpower, and with no more than two months left for him at the White House and therefore in global decision-making circles, there will be a new administration in the US with no connection to the current president or his Democratic party, or the mentality which has administered the country and has influenced the course of events throughout the world, including, of course, Syria, its revolution, and its ongoing tragedy.

The Obama administration has watched the Syrian revolution since its peaceful beginning, and closely monitored the intense demonstrations of its people, which covered nearly all its cities and villages and its nationalist slogans which were far removed from extremism, sectarianism and violence for six full months. Its ambassador in Damascus visited Hama and saw with his own eyes the hundreds of thousands of Syrians of different religions, sects, and political orientations demonstrating together and chanting together for the nation and for freedom.

I was in Syria throughout the first nine months of the revolution, and for the first six months I was out, almost every day, in most of the protests in Al-Tell, Douma and Harasta demanding reforms and democracy in the beginning, and then, after the monstrosity of what the regime carried out and the rising number of martyrs, moved on to calling for the downfall of the regime. I did that until my first arrest at the end of July 2011.

At that time there were many Syrians — indeed, the vast majority of them — who believed that the so-called free world and its leader, the United States (at least, as they heard, over various media, the statements of Obama and members of his administration, about numbered days, loss of legitimacy, red and yellow and other colored lines) would not permit a dictator to destroy an ancient country like Syria and continue killing its people and humiliating them to no end.

However, the continuing statements and content-free media support for the process of peaceful democratic change, as well as the silence — and even encouragement — of the armament which began under the eyes and ears of Obama’s administration and its tacit consent (the US had representatives in every operations room which monitored the armament from the beginning) and ignoring the attempt to Islamize the mobilization by opposition backers through focusing support in the hands of Islamist movements and attempting to isolate the nationalist groups and cajole or intimidate some of its figures to join these factions or work under their command, and overlooked the blatant interference of Hassan Nasrallah’s Hezbollah militia to support the regime under unequivocal sectarian banners, slogans and media, leading the Syrian revolution to deviate from its course and transform it into a sectarian war as the Obama administration did nothing to stop it or correct its path — rather, on the contrary, it let events continue as they were and indeed encouraged them to continue in this direction.

I do not believe that there is a single Syrian citizen who does not feel angry at how President Obama’s administration has dealt with what is occurring in their country, whether this Syrian is opposition, neutral or even loyalist without belonging directly to the Assad mafia and its narrow circle (the one beneficiary in Syria of the Islamization and sectarianization of the revolution because it was the only means capable of protecting the regime from falling and its major figures from facing trial). Therefore, I do not imagine that Syrians will really regret the Obama administration’s departure, despite the alternative which will come to replace it.

Two months from now there will be a new administration in the US which will oversee its massive military, economic and political power. It will have an important role in deciding the fate of the international-regional war which is occurring on Syrian territory at the expense of its people’s blood, its infrastructure, and its future generations. For that reason, Syrian citizens suffering from what is occurring to their nation and their people must unite their ranks and review their methods in dealing with their tragedy. They must think seriously and realistically about how to deal with this administration, for they alone are capable of evaluating the situation realistically and offering solutions able to stop the war and begin a political process which ends dictatorship and the mafioso rule over Syria, and prevents the country from falling into the hands of religious extremism, its repression and its terrorism. They alone are capable of this, and not the mafioso regime, which has been implicated in all manner of crimes against Syrians and who have yielded entirely to the will of those who have come to protect them against collapsing and being held to account, whether they were sectarian militias or foreign nations, nor the submissive, decrepit opposition institutions, which compete over bogus positions and gains which has made them lose all influence over events and dissociated them from the sufferings and hopes of Syrians, as well as the free will and ability to objectively evaluate what is happening in Syria and around them.

Syria today needs efforts from every citizen who has not been implicated in corruption and bloodshed to develop a plan to save it and save its people and for them to work together to put it into practice, in order to rebuild Syria as a country for all Syrians without any discrimination on the basis of religion, sect or ethnicity: a free country working with all those who are not hostile to it and trying to build better relations with all those who are helping to stop the tragedy of its people and preserve their geographic unity and the cohesion of all its citizens, and bolstering their will and ability to build a nation which includes everyone equally in rights and duties.