Where will the next domino fall? Perhaps France? Will the French left give up Hollande to stave off political extinction in the presidential elections next year? 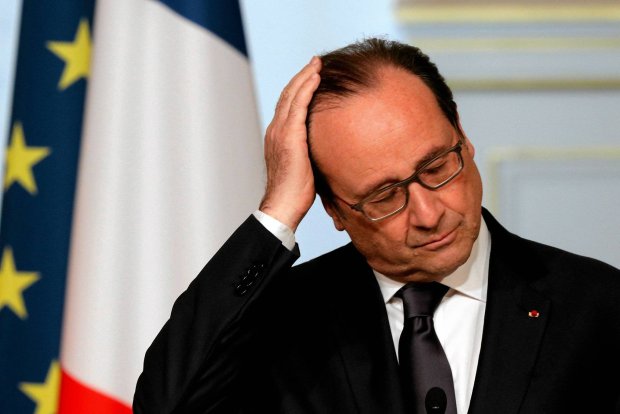 The resounding shock caused by Trump’s victory in the American presidential race for the White House came as a slap from the American people to the American media, which had been producing misleading opinion polls for a number of months by tipping the candidate Hillary Clinton. There is no doubt that Trump winning the United States presidency, regardless of his orientation, confirms that the American people were not happy with the policies of the ruling political class, whether stopping interfering in the affairs of other people’s and nations, and calling on future aspirants to power to heed domestic issues, and stay concerned with security and fighting terrorism. Then there is an important question: Was Trump’s election a revolution against the economic system which has shaped the Western world for decades?

Noting that Trump targeted the Federal Reserve Board (the American central bank), Americans voted for change. This may be to some extent in harmony with the exit of Britain from the European Union and some other Western populist movements.

America is a divided down the middle, where both sides are struggling to understand what motivates the other to vote in the way they do. Trump’s opposition to the ruling elite in America and even the Republican institution became his biggest selling points to a society determined for change. In every corner of the states, Trump struck a sensitive chord among the angry working class who have seen their world disappearing with globalization and with free trade and with technology and with the the feeling that America is no longer of great importance in the world. Analysts believe that the Trump coalition was motivated by feelings that the country had lost its way, and lost its prestige and functions. The leadership which signed international commercial deals and opened the borders was in the place of a ruling elite far removed in all its dimensions from the life of ordinary people. Once every few decades, America was able to find the right man to deal with the crisis of capitalism and trust — a man like trust-busting Teddy Roosevelt, as the Financial Times noted. Trump grabbed power through an awareness of a longing for a man like this. Americans, and the world, can only hope that Trump will be able in some way to prove his capability — in contrast to direct indications — and meet these expectations and control the paradoxes being unleashed. The second question is: Where will the next domino fall? Perhaps France?

Will the French left give up Hollande to stave off political extinction? (As the newspaper Financial Times noted). Two political volumes on the socialist leadership are on the best-seller list in France now speaking about the mentality of the left (at a time when he may face extinction in the presidential elections next year).

On the other hand, a number of confessions have been published by the French President Hollande which have sparked contempt and confirmed even to some of his closest allies that he is no longer the right man to lead the country, leading the French president’s popularity to a record low of 4 percent, according to a recent study by a French institute for political science.

Another study carried out by the Kantar Sofres company showed that Hollande will win 10 percent of the votes in the first round of the presidential elections in April 2017. From a statistical perspective, one of the professors of political science who worked on the study said that Hollande was close to political death. Two journalists from the newspaper Le Monde who met with Hollande wrote a 600-page book reaching the conclusion that defeat is not only inevitable but could also destroy the Socialist Party in the coming parliamentary elections. Claude Bartolone, the Socialist head in the French national assembly, recently told members of parliament that there was “distance between the president and the French.”

The fact is that France in the age of Hollande retreated politically and economically, and paid a heavy price at the level of security as a result of Hollande’s alliance with countries supporting and funding terrorism. Dominique Moisi, a political analyst at the Institut Francais des Relations Internationales believes that the post-Hollande stage has already begun. Finally the arrival of Trump to the White House heralds a European earthquake which could end a number of European hotheads, who allied with, supported and backed Middle Eastern governments who funded terrorist organizations in Syria. Certainly the first of these leaders headed for defeat is the French President Hollande, who has long meandered around the doors of oil princes who support terrorism, and will be the next domino.