Trump symbolically and practically has given a green light to finish off Aleppo city, and he has become, along with Obama, partners with Putin in the most horrific stage the city has endured in its long history, writes Abdel Wahab Bedarkhan 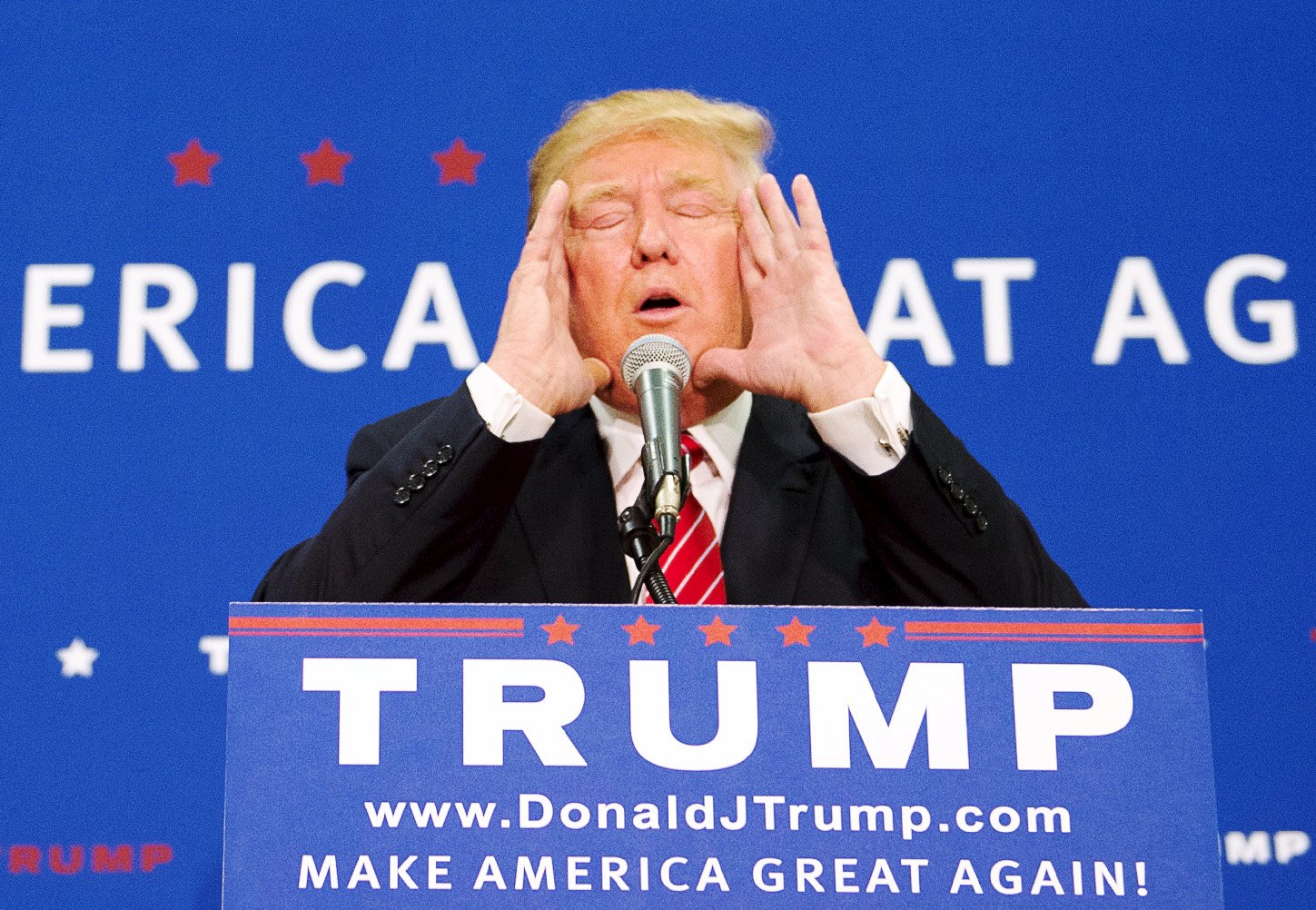 The annihilation of Aleppo is in the process of completion, with a slow extermination, overseen at the highest level by Vladimir Putin, Barack Obama, Donald Trump, Ali Khamenei and Benjamin Netanyahu — and broadcast live.

The Arabs, Europeans and the rest of the world are admitting powerlessness and humiliation, while Russia, Bashar al-Assad’s regime, and the Iranians are on their way to achieving victory. When the Russians began a campaign of systematic destruction two months ago, they did not expect the reactions which condemned what was described as war crimes, and so they tried at first to disguise the act in the legitimacy of fighting terrorism, and then proceeded to divide up responsibility with the Americans or trade blame because they “had not succeeded in dividing the moderates from the extremists” in the ranks of the opposition fighters. Then Moscow and the regime moved for complete change in their tactics, not for moral or humanitarian reasons, but because the ground assault to storm the opposition defenses had not succeeded. During the truce which they announced and repeatedly extended, they were not expecting anything from the besieged people inside Aleppo except surrender or an immediate departure. Neither the Russians nor their allies will accept that there is a single civilian left in the city, nor will they open safe paths by United Nations standards to persuade those left to leave, and nor will they permit humanitarian aid to enter. Instead, they are searching for a great massacre, an effective extermination.

An important change occurred during the Russian truces. Trump was elected president of the United States. Moscow and Damascus rejoiced and Iran was not disheartened — what suits their allies in Syria suits them as well. It is also engaged in rooting its presence in Syria by purchasing property and extending its sieges of starvation in areas around Damascus. Meanwhile it is able to manage its problem with Washington around the nuclear deal and other issues. Trump said during his campaign that he did not know Putin, who was the only one to say “nice things” about him and supported him with electronic leaks, and so for that reason he was ready to work with the Russian president to build cooperation between the two countries. But after that it appeared that there had been channels of communication between the two men — and not just ordinary discussions. Israel meanwhile celebrated Trump’s victory, too. Putin and Netanyahu must have acted similarly towards news of the president-elect, in addition to the “Jewish lobby.” It is logical there would be coordination and communication between these elements, and this may have produced this early Trumpist appeasement of Russia and Putin, even if it does not accord entirely with the basic orientation of the US Republican Party.

On November 14, Putin and Trump spoke over the telephone, this being the second known communication between the two men. The Kremlin officially reported that they spoke on the “need to unite efforts in fighting terrorism,” and discussed “means of settling the Syrian crisis.” However the immediate translation of this language is that Putin informed the other that the battle for Aleppo will resume. He did not ask for permission, of course, but he explained the new tactic: Russia will wage the battle from the air, as usual, however it will be eclipsed in the media behind the Assad regime, as long as the latter is drowning in its bloody reputation. On the following day, November 15, the new campaign started on Aleppo. On this day, Assad said in an interview with Portuguese broadcaster RTP: “If he (Trump) fights the terrorists, it is clear we will be a natural ally, together with the Russians, Iranians and many other countries.” This reflects numerous statements by Trump in which he said that it is not Assad but ISIS that is his problem, and that he would not support arming the opposition. He described Aleppo, in one of his debates with his competitor Hillary Clinton, as a humanitarian disaster but the city “basically has fallen.”

What Trump expects and what he has been promised is that Putin and his “natural ally” Assad, in addition to the Iranians, will finish the Aleppo operation before he commences his work in the White House on January 20, 2017. This means that symbolically and practically he has given a green light to finish off the city, and he has become, along with Obama, partners with Putin in the most horrific stage Aleppo has endured in its long history. There is no longer any meaning to all the criticisms and condemnations which the current administration directs at the unfolding bombardment. No one — not the United Nations, not the Russian-American communication channels that are said to still be open, and not the Kerry-Lavrov communications — no party at all has hinted at looking for a real truce or ceasefire. Meanwhile, the toll during the first days has exceeded a few hundred victims, a number of them killed in bombing concentrated on the hospitals – none of which are any longer in service. For that reason, more than 1,000 wounded cannot find anyone to care for them — a great many of them wounded with internationally-banned weapons such as phosphorus and cluster bombs, or barrel bombs filled with chlorine. Their fate may not differ from the hundreds who have had buildings destroyed above their heads and were killed while others remained trapped under the rubble as the civil defense forces (the White Helmets) were unable to save them after their emergency centers and workers were targeted. After the last food supplies were distributed to the besieged districts, the means of life were depleted, and now Assad is waiting for support from his other “natural ally”: The siege of starvation.

It has become clear why Assad was always available as a “natural ally” to Trump (and an “objective ally” to Obama) as he dropped barrel bombs on his own people and prevented any humanitarian aid entering the besieged areas of Aleppo and elsewhere. It is the greatest hellish alliance in which the enemies and opponents meet to prevent the Syrian people from achieving their freedom and rights, and made the price of staying the oppressive criminal rule which has received the international and regional license to remain. Assad does not want Aleppo, and all his allies do not want it — they want only piles of rubble.

No one in the region will miss the days of Obama and his policies, but what will be missed, most likely, was this minimum level — even if imaginary — of values and aims. This is at least what Angela Merkel seems to say when she took a stand alongside Obama to say in her speech that she cannot see Assad as an ally, blaming him for terrorism and for the suffering of the refugees that have escaped to Germany as “the great majority” have fled Assad and not ISIS. No doubt that the Europeans prefer their bitter complaints over the lethargy of Obama’s policies over the deep worries which now grip them about the neglect of Trump and his intentions.

The question of what happens after Aleppo, like the question of what happens after Mosul and after ISIS, is not posed in search of peaceful stable solutions taking into consideration the societies of the two countries and their citizens, but to intently draw borders and maps to the conflicts and tensions and therefore to sustainable foreign guardianship. Obama was reluctant to help the political and military opposition out of fear of supporting terrorist groups. However, his reluctance brought ISIS, and when he went to strike them, Russia came to partner with him and to steer the Syrian crisis toward a political solution — however, it did not fight terrorism, but stoked the flames of sectarian war and moved toward a military resolution in Assad’s favor. For that reason, it is probable that Trump will begin from the end, since he has excused himself from fighting Assad (no one expects that of him) out of fear of heading toward a confrontation with Russia. However, Trump is determined to defeat ISIS. The difference is that he, unlike Obama, does not see a moral problem or any shame in Assad remaining or even allying with him. Indeed, he is like Putin, Assad and Khamenei — he does not acknowledge that there are people left in Syria.