Russia’s acknowledgment of the armed opposition is one of the requirements of profiting politically from the victory in Aleppo. This means that transforming the military victory into a political settlement requires recognizing the enemy before sitting with him and agreeing to a solution to the conflict. 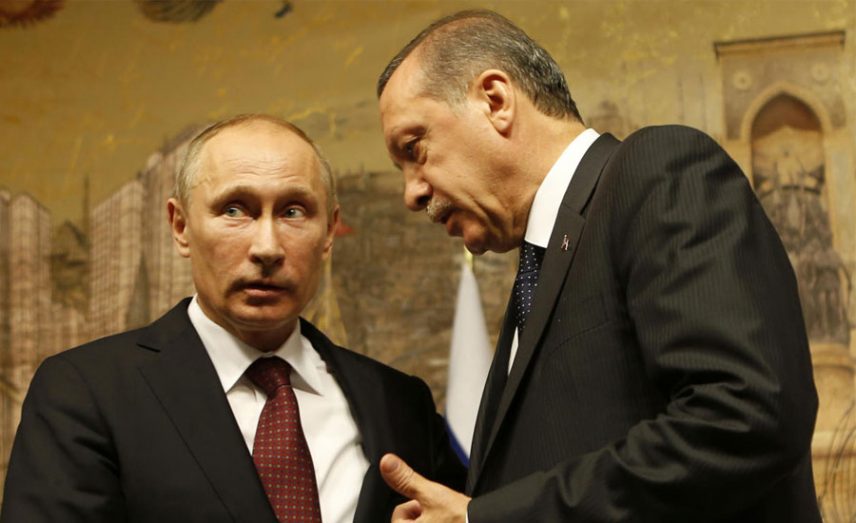 Shortly after the body of the Russian ambassador in Ankara Andrei Karlov was buried, the foreign and defense ministers of Russia, Iran and Turkey met in Moscow to issue a joint statement to develop a vision for a political solution to the problem in Syria, starting with a comprehensive ceasefire on Syrian territory — with the exception of the Nusra Front and ISIS — with negotiations to follow between the regime and the opposition in Kazakhstan’s capital.

After less than a week, December 30 was set as the date to begin implementing the ceasefire, after Moscow obtained the agreement of the regime and the most important rebel representatives. Compared to previous attempt to stop the war and begin a political solution, we note great, unprecedented momentum, showing Russia’s strong desire to push for an end to the war.

It could be too early to predict the success of the ceasefire, which entered into effect hours before these lines were written. Many expect that the process will be derailed by Iran despite its participation in the Moscow tripartite meeting, which initiated the current dynamism of solution in the Russian way, considering the clear difference between Tehran’s aims and those of Moscow.

However, the surprise Russian inclination toward peace requires examination. The issue is not limited to profiting from the victory in Aleppo, given the following material situation: The Russians have stopped describing all those who raise arms against the chemical (Assad) regime as terrorists and have acknowledged the presence of moderate armed opposition and are inviting them to sit at the negotiations table with a regime delegation. Indeed, there is a clamor over whether to leave out Jabhat Fatah al-Sham (previously Nusra Front) or not from the ceasefire deal, something which could mean this issue is subject to bargaining, away from the media.

It can be said, in another way, that the Russians’ acknowledgment of the armed opposition is one of the requirements of profiting politically from the victory in Aleppo. This means that transforming the military victory into a political settlement requires recognizing the enemy before sitting with him and agreeing to a solution to the conflict. While the regime — and behind it, Iran — do not want anything but to fully crush the enemy, the Russians do not think in the same way, but rather by imposing a solution on the enemy which reflects the outcomes of the victory on the ground. This is what requires the presence of the enemy at the negotiating table — that is, recognizing it as a party.

On the other hand, it does not seem that the opposition side, according to the agreement which it signed with Russian-Turkish supervision, is in the position of extreme weakness that its fresh defeat in Aleppo might suggest. Rather, it was able to impose some conditions on the regime before signing, as unconfirmed leaks suggest. Likewise, it does not seem its Turkish backer is in the position of following the Russian position in humiliation, as suggested by the course of Russian-Turkish relations after Erdogan’s apology to Putin and his surrender of the condition that Assad step down — especially after the assassination of the Russian ambassador in the heart of the Turkish capital, which places responsibility on the government, or at least on the dereliction of the security agencies in protecting the ambassador.

In summary, Russia, which intervened as a party in the Syrian war, seems as if it wants to come out of it as a mediator between the two sides, as it has halted the party which it has supported for 15 months on its feet, to make him a partner at a match for his enemy. The matter could be related to the fact that the Russian military operation, with the fall of Aleppo, has reached the greatest extent that Russians can offer the Syrian regime, or the fissure which has recently widened with Iran.

However, what’s important, in my opinion, is the readiness of Putin’s Russia to open a new page with the United States under the leadership of Donald Trump, especially given that the team which Trump has gathered to work with him does not forecast any continuation of the foreign policy as it was during the last eight years. Obama wants to place a wedge between Putin and Trump, as he decided to expel 35 people from the Russian diplomatic mission in hopes that Putin would do the same. However, Putin behaved intelligently, as Trump put it, as he did not agree to expel a similar number from the American mission in Russia, as the Russian foreign ministry proposed.

This is a very significant fact, which could comprise the style of the American-Russian relationship in the coming stage: That is, Russia bending around American power in advance, rather than forcing it to bend. The same principle applies, if true, to Russia’s transformation from a party to the Syrian war into a mediator, and its gradual distancing from Iran, in accordance with the declared orientation of the Trump administration toward the Islamic republic.