What Moscow is trying to achieve with the political settlement depends to a large extent on the Turkish and Iranian positions, and on the possibility of reaching clear agreements between these actors amid independent efforts to direct their battles in ways which achieve only their interests 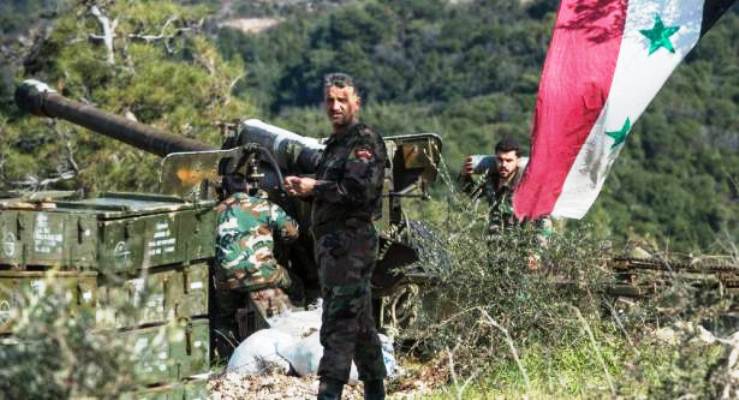 With the end of the process of evacuating tens of thousands of Syrians from the eastern districts of the city of Aleppo, it seems that Russia has achieved what it was trying to do in removing civilians before fighters in this part of Syria, with the aim of reaching a state of complete control over the Syrian issue and imposing their controversial political solution in accordance with its particular vision. Iran announced its intention to continue its victories over the Syrian people, while the Syrian regime considered its control over the entire city a major step toward regaining its sovereignty, lost for years despite its indifference to any proposed solution if it is not within the bounds of forming a national unity government.

In contrast, the international community, which chose silence for two full months during the perpetration of this unprecedented crime in Aleppo, and this after the Russian veto of its demand — through the Security Council — to stop air bombardment on the besieged areas and bring in aid to them, returned again with all the obstacles that accompanied the evacuation process to demand monitoring the situation in Aleppo, with the Security Council and its Resolution 2328 and after Russian amendments to the French draft, to justify the violations occurring to international law with the forced displacement that was occurring, whereby it stressed, only, the importance of guaranteeing the safe, voluntary and dignified passage for all civilians from the eastern districts in Aleppo or other areas. As a result, this opened the way for the continuation of this crime in other areas, as with what happened today in the Barada valley, and not in the borders of Naba al-Fijeh only, with the bombardment and destruction of vital facilities in these besieged areas for three years, the targeting of about 100,000 other Syrians and forcing them to leave their homes and villages.

Amid this disastrous and disappointing atmosphere for the hopes of Syrians eager to end this mad war, came the Russian announcement from which Moscow tried to kick start a controversial political solution, as on December 20, directly after the end of the evacuation of civilians from Aleppo. The Defense Ministry and Foreign Ministry of the three nations participating in the military operations on Syrian territory met, stressing the sovereignty and unity of Syria as a democratic and secular country and welcoming the joint efforts made to get civilians and fighters out of eastern Aleppo, while also announcing their readiness to be guarantors to making an agreement between the regime and the opposition, and vowing to fight ISIS and Nusra Front jointly with the opposition isolated from the terrorists.

With these understandings, which Moscow strove to establish between the Turks and the Iranians as agents or guardians of the Syrians, it seems the Russian position is a proactive stance ahead of the American position, which today seems idle. Indeed, perhaps as an exclusionary attitude toward the United States and the Vienna group of countries supporting the political solution in Syria, whereby there is currently talk about preparing to hold Syrian negotiations under the monitoring and guarantee of these countries in the Kazakhstan city of Astana. Keep in mind that Astana witnessed the Turkish-Russian reconciliation and is far from Geneva and Vienna, and the negotiations with the UN and international character.

No doubt the orientation toward a political solution is the one way out of the spiral of this endless war in Syria. The popular revolution which began to bring down the Assad regime alone has undergone many transformations. If the armed opposition, which came as a reasonable response to the regime's war on its people, has been stained with an Islamic character for various reasons — at the forefront of them the sectarian nature of the ruling regime and the composition of its military forces — then what happened subsequently with the arrival of Sunni jihadists and Shiite militias, and the direct military interventions by the Iranians and Russians and then the Turks, made Syria the territory proxy conflicts, and therefore was no longer realistic to discuss the victory of the revolution or bringing down the regime at the hands of Syrians. Nor is the regime regaining its sovereignty over the whole country any realistic possibility, but indeed continuing with the military solution to achieve any of these aims is no more than containing foreign intervention and entrenching the increasing occupations in light of the limited contribution of regime forces in this fighting and in light of the opposition forces being confronted with a growing number of militias from Lebanon, Iraq and Iran.

What the Russian administration is trying to do with the political settlement — far from resorting to difficult agreements with the United States and the international community to ensure the continuation of its military influence in the Middle East region as a sort of restoration of its role as a global power — depends to a large extent on the Turkish and Iranian positions and on the possibility of reaching clear agreements between them in light of the current disagreements in their positions and in light of what they are doing on Syrian territory — in terms of directing the battles in ways which achieve only their interests. The Iranian regime is trying (through its foreign militias) to create demographic change in a number of Syrian areas, and it seems in a hurry along with the regime to achieve that, with all the tolls including sieges and military operations — especially in the area of the city of Damascus. It does not see a political solution except through the truces and partial reconciliations which achieve their project. The Turkish administration which is hosting millions of Syrian refugees who oppose the Assad regime over their territory, and which is eager to continue its rapprochement with the Russians after their collapse in relations, is trying to find a serious solution to these emerging contradictions. It is not possible to see its military intervention from one angle, such as preventing the establishment of a Kurdish entity or fighting the ISIS organization, than in its attempt to control the armed opposition forces and impose terms of a political settlement on them which are in accordance with its interests.