In the lead-up to the Syria talks in Geneva, attendees should prepare for the US president to shift focus from the political process to the issue of establishing safe zones, Ali Dahi writes in loyalist Al-Watan 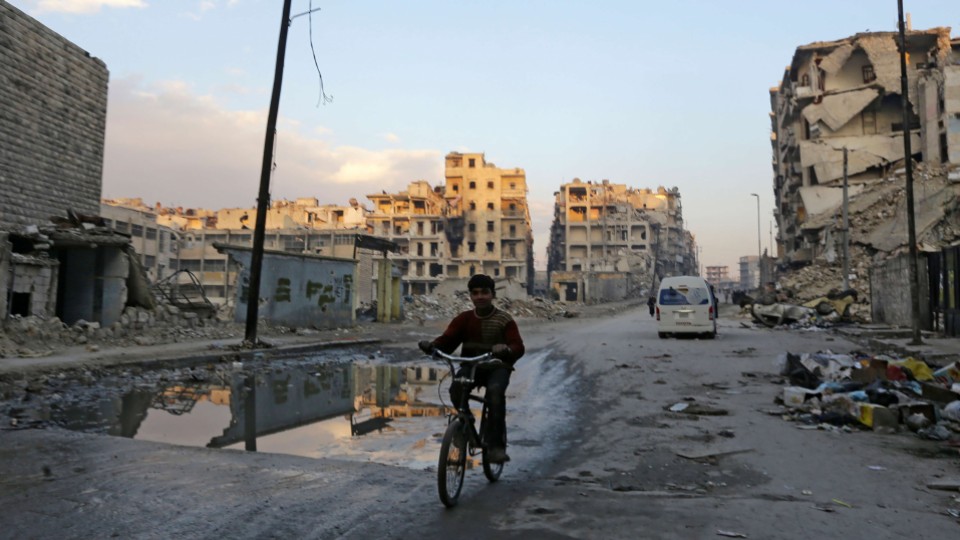 After the closed session arranged by the Security Council to discuss the Syrian crisis and listen to the briefing of the UN envoy Staffan de Mistura following the Astana conference, the envoy emerged to surprise observers by openly revealing everything that occurred there inside the meeting.

This coincided with the escalation of international anger over the decision of US President Donald Trump to suspend immigration to his country from seven predominantly-Muslim countries, including Syria, in addition to the escalation of American rhetoric about what it calls a “safe zone,” and Russia’s explanations that it differs from the “safe zone” idea that was circulated by Turkey and the Obama administration.

De Mistura’s statements seemed optimistic about proceeding swiftly to the issue of trying to find a political solution — especially given that the UN envoy expressed his notable optimism about the steadiness of the ceasefire agreement and seemed firm when he gave the opposition until Feb. 8 to unify its delegations for the Geneva talks, which have been delayed until Feb. 20. However, what de Mistura said about the session not addressing the “safe zone” can be considered an opening which could develop to become a gap that may eventually topple the Geneva efforts.

On one hand, the statement means that the Security Council considered the interests of the (Moscow, Tehran, Ankara) troika first and did not take into account that with a president like Trump you cannot anticipate his actions as he may become firmer in proposing a “safe zone” in the future. Therefore the UN envoy and his organization cannot bear the consequences of neglecting the American role in resolving the crisis. To look at the issue from another angle, the deeply diplomatically-experienced Russians cannot ignore an issue such as this and will insist on the necessity of communicating with Washington.

From today until the February 20, the view of Trump might crystallize more and the new president may find an opportunity available to him and try to restore the dominance of US policy — which throughout his electoral campaign he accused his predecessor of failing to protect. He could therefore push his policies toward focusing Geneva on his “safe zone” proposals instead of focusing on the political process, which de Mistura neglected to mention in his statement, pointing only to what had been stipulated about a political transition and only in connection with UN Resolution 2254 — which would mean blowing up all efforts at preparations for the talks in Geneva with the possibility of derailing it, although the delay from February 8 to February 20 allows time for familiarization with Trump’s positions.

From today until the convention of the talks, it is better to intensify international contacts with the American administration to fathom the depths of its intentions ahead of the meeting — especially with regards to the Russians and the Turks, if only because Trump’s position against Iran is clear. The potential is there for him to derail Iranian sponsorship of the talks and increase pressure to withdraw Iranian forces working in Syria.

Whether we are with the proposal or we reject it, the new administration in Washington seems very serious in all that it proposes, and it is better for us to consider the matter today rather than consider it as a fait accompli later. And here American armored vehicles have arrived to the Syrian Democratic Forces in the north within the radar of important countries operating in Syria.