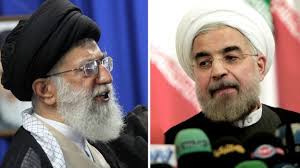 In spite of Iran and Russia’s secrecy regarding their differences over Syria, their disagreements have, however, started to surface. Russian strategy in Syria is based on its conviction that it is impossible for the Syrian regime to achieve a full military victory against its opponents, and that Syria will never return to the status quo prior to 2011. Thus, the regime faces the inevitable choice of conceding to a "political solution."

Seen from Iran’s perspective, this will run counter to its interests because Iran is well aware of the fact that the regime’s foundation and structure will buckle under the pressure involved in the process of political transformation, however small that may be. Iran also knows that such an agreement would not materialize without a Russian-Turkish consensus and the countries’ share of influence in the future of Syria, something that will be detrimental to Iran’s own interests and influence.

Also, Iran realizes that constant pressure on the regime to oppose the Russian choices, or exerting Iranian influence through sectarian militias in Syria are not sustainable strategies. Iran is also aware that a number of the chiefs of army and the security forces have secret ties to Russia, not to mention that Iran fears the Shiite militias’ influence in the same way that it fears the Sunni extremist groups. This fear and distrust extend to a large segment of the Alawite sect in Syria as well.

Iranian foreign policy experts know that if the proposed Syrian peace process works out well, the result would be effecting "strategic" political arrangements in other parts of the region, where Iran continues to wage regional and civil wars, mostly by proxy, with the aim of safeguarding its strategic interests through destabilization strategies. Iraq, Yemen and Lebanon are cases in point.

The Iraqi Shiite political forces, which are relatively independent from Iranian influence, might establish links with their Sunni and Kurdish rivals in order to create a national Iraqi political bloc that seeks nonsectarian agendas. This bloc may try to overcome the conditions that led to the emergence of ISIS, and to take a stand against the Iranian influence in the area. Parallels may be drawn to what happened in Lebanon in the wake of international resolution 1559, and to what might transpire in Yemen after the assurances given by the American and Gulf governments to the Houthi forces and generals loyal to the former president Ali Abdullah Saleh. The reason for these groups’ sustained demand for Iranian influence is due to these local forces’ belief that Iran can and will give them absolute control over their domestic opponents. However, the moment they realize that Iran is incapable of providing such support, they will return to negotiation tables even at the expense of Iran’s interests.

Iran has great means at its disposal to thwart this process, but is now facing a new serious challenge that can obstruct its efforts. The new American administration is making serious efforts to strike a balance between its hostility towards the confused array of Sunni extremist organizations and its hostility towards a highly organized Iranian extremism. Thus, after years of ‘spoiling’ Iran, the new American strategy might turn Iran into its most important, if not most difficult, challenge. The alignment of American and Russian policies with those of other countries in the region will lead to agreements on holding Iran accountable for the tensions in the region, and identifying the reduction in Iran’s influence as a common interest.

Iran is facing all this for two factors that have to do with Iran’s domestic affairs. The economic gains that the Iranian regime hoped to achieve through accessing its frozen assets after the nuclear agreement failed to make any qualitative change in the economic sphere. The high unemployment and inflation rates remained and the collapse of the toman continued the trend of the last few years. Also, the Iranian ruling elite might face more internal dissension if the leader of the regime Khamenei also dies, as Hashemi Rafsanjani did recently.

Finally, the root cause of the "Iran’s decline" lies in Tehran’s policies over the last decade and a half. Iran sought to become the major dominant power in the region on its meagre domestic potentials, without providing meaningful incentives to the neighboring countries. Instead, Iran, has sought to achieve this end through provoking sectarianism and fanning civil wars, which, regardless of their duration, cannot for long provide a source of dominance.