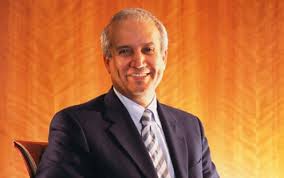 For Nazi Germany to control occupied France during World War II, it used some Frenchmen and formed a government of dummies, also called the Vichy government, in an attempt to legalize its presence.

This is what the regime in Damascus is doing.

When the Syrian regime realized that the opposition had more legitimacy than it did, it resorted to a trick of inventing groups that claim to belong to the opposition. Then, the regime allowed these groups to work in Damascus and sent them to capitals like Tehran and Moscow to negotiate on behalf of the opposition.

For over three years, no one believed this charade called Moscow and Cairo’s platforms. It is only an accessory to the Syrian regime.

With the help of Russia, the Syrian regime insisted on imposing these fake groups on the Geneva negotiations. After the international envoy had agreed to include them, Moscow now calls for their integration within the actual opposition delegation. When the real opposition refused, they were accused of sabotaging the negotiations.

Foreign Ministry spokeswoman Maria Zakharova told a news briefing in Moscow that: “The so-called High Negotiations Committee is refusing to cooperate equally with the Moscow and Cairo platforms and is in fact sabotaging fully fledged dialogue.”

After the inclusion of Russia and Egypt’s platforms, Geneva negotiations became the worst, unprecedented political charade in history.

Even Vichy’s fake government had more integrity than them.

There is no point for the opposition, the High Negotiations Committee, to proceed after they had deprived it from everything, even the right to represent itself as an opposition.

Everything that represents the regime is fake. The army isn’t its army and neither is the opposition which it insists on negotiating with.

Assad’s regime is known for fabricating slogans about Arabism, nationalism and democracy. It is also known for forging elections and creating organizations like Jabhat Fateh al-Sham, instead of the Palestinian resistance in Lebanon and Islamic Jihad in Gaza, Palestine.

When the regime assassinated former Lebanese Prime Pinister Rafik al-Hariri in 2005, it invented an organization named “Jund al-Sham” and produced a video where a man named Abu Adas claimed he assassinated Hariri.

The whole world realized later on that this was a fake story. International investigations revealed the actual names of criminals involved with the regime in Damascus.

The regime did more than that during the Iraqi war after the U.S. invasion. In collaboration with Iran, it established organizations that claimed to be Islamic and Baathist.

These opposing platforms are just fronts that heed to the requests of the regime and defend it. As long as Russia and Iran are supporting these Moscow and Cairo groups, it is better to sign the deal in Tehran and get over with this charade.