As key players look to fill the vacuum after the expected fall of ISIS' capital of Raqqa, Al-Hayat columnist Ibrahim Hamidi breaks down the serpentine motivations behind the recent surge in international action on Syrian soil 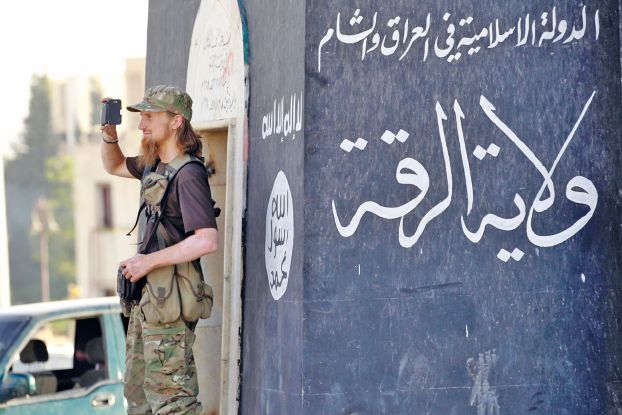 The approach of the administration of President Donald Trump in Syria is more military than political. What lures the attention of the generals in his administration is not the political or humanitarian aspect, but the military dimensions. Within this context, three priorities have been set: Destroy the Islamic State (ISIS), reduce Iran’s influence and protect Israel’s security. The political process and talk about a political transition has been returned to the backseat.

Therefore, it is no surprise that the U.S. envoy to Syria, Michael Ratney, did not get involved in the last round of Geneva negotiations. It is also no surprise that Ratney was pleased with his own absence, considering that the administration of Barack Obama was sending him to negotiate with the Russians in search of a political transition without giving him any tools of influence to transform Secretary of State John Kerry’s intentions into reality.

Washington’s allies in the region know that the priority is to destroy ISIS. Proposals have been heaped on the Trump administration about how to liberate Raqqa and to eliminate the organization in its self-appointed Syrian capital. The first proposal is to deploy 20,000 Arab land forces of the U.S.-led international coalition against ISIS. This proposal includes coordination of the operations with coalition warplanes and Arab ground forces on Raqqa and reducing the sensitivities between the Arabs and Kurds, in addition to a subsequent plan including turning Raqqa into a model for the areas outside the control of Syrian regime forces. Billions of dollars would be invested to rebuild Raqqa after its destruction with the aim of not repeating the model of Ain al-Arab (Kobani) which was liberated from ISIS and still awaits reconstruction after being destroyed. The model of other Syrian cities would also not be repeated, which remain destroyed and unpopulated after Syrian regime forces have retaken control. The Arab proposal around Raqqa is to rebuild and to use the city, after forming a local council with international protection, as a bargaining chip with the Russians to achieve a political settlement.

The second proposal has come from Ankara. The Turkish army and intelligence agencies have proposed to Washington that Euphrates Shield forces move from the northern countryside of Aleppo and from the city of Al-Bab toward Manbij and then through Tabqa up to Raqqa, after cutting off more than 200 kilometers with air cover from the international coalition using the Incirlik base in southern Turkey. Alternatively, the Free Syrian Army factions move from the city of Tal Abyad on the Turkish-Syrian border toward Raqqa, entering from the northern side across a distance of 100 kilometers. The two paths which the FSA groups are expected to follow with support from Ankara require Washington to provide air cover and neutralize the Kurdish People’s Protection Units (YPG) when these FSA groups incur into YPG territory.

Washington had tried to combine the proposals. However, Ankara has refused to cooperate with the YPG, which it considers a terrorist organization. Ankara has also insisted on the need for Kurds not to lead the operation to liberate Raqqa in order to reduce the tension between Kurds and Arabs.

Officials in Washington believe that the Turkish-backed Euphrates Shield forces did not show success in the operation and the liberation of Al-Bab. They also believe that those most effective at fighting ISIS are the Kurds and that the priority is only to destroy the group and to expel it from Raqqa, thereby giving a moral victory to Trump.

This approach is more worrying for Washington’s allies than for its rivals. Officials of Western and regional states have tried to explain to the Trump administration that this will lead to a reverse of its aim and instability in the long-term. One official said: “If the aim was to destroy ISIS, reduce Iran’s influence and protect Israel, then this military approach will lead to expelling ISIS from Raqqa and establishing a weak local council and then regime forces entering Raqqa. This means an increase of the influence of Iran and Hezbollah.” The same official noted that he had pointed out to Washington what happened in north Aleppo, when the Russian army made a deal to have the Kurdish-Arab SDF hand over villages between Manbij and Al-Bab to cut off Euphrates Shield forces from expanding. He also pointed out that the Russian army has deployed its forces in the Kurdish city of Afrin to protect them from the Turkish army. These two matters came as Russian military officials told their Turkish counterparts clearly: “You need to withdraw from Syria.”

Suddenly the Turks found that their understandings with Russia in northern Aleppo were fragile and volatile, and that its proposals to liberate Raqqa were not accepted by Washington. Therefore, it began thinking of supporting FSA factions, training 5,000 of their members, as wells as funding, supplying and arming them, after they were abandoned by the Military Operations Command run by the U.S. Central Intelligence Agency. Turkey also began to consider carrying out the attack on Raqqa from Tal Abyad with the aim of mixing up the cards and pushing the YPG to fight on more than one front.

Three fronts have also suddenly been ignited against the Syrian regime forces. The Hayet Tahrir al-Sham coalition, which includes factions from Jabhat Fatah al-Sham (formerly the Nusra Front), Ahrar al-Sham and Faylaq al-Rahman, has attacked the eastern environs of Damascus in a way that reminded residents of the battles of 2013. Meanwhile, Hayet Tahrir al-Sham and FSA factions which Washington has abandoned attacked regime forces in the Hama countryside, achieving a major and surprise advance toward the provincial capital. The third front was symbolic and was represented in the bombardment of the city of Qardaha in Lattakia, the Assad regime stronghold.

Israel has also entered the military scene. It bombarded positions said to have belonged to Hezbollah near Palmyra and others in Quneitra in an effort to distance Iran and Hezbollah’s military infrastructure from the Golan. The Syrian army responded by firing missiles against an Israeli fighter jet — the first time Israel claimed an operation inside Syria and the first time Damascus responded with the launching of anti-aircraft missiles. Moscow has also entered the scene, demanding adherence to the “rules of engagement” and the rules of the hotline between Tel Aviv and the Hemeimeem airbase in Lattakia.

The Trump administration is not interested in the political process before it puts its feet on Syrian soil with the possibility of military escalation. It is not ready to negotiate about Syria’s future before that. It is also not ready to discuss cooperation with the Russian army before capturing Syrian territory. Therefore it hurried the air drop to take control over the Euphrates dam in the city of Tabqa before the regime forces arrived with the support of Russian aircraft.

Russia wants to support regime forces to fight off ISIS positions in eastern Aleppo and enter into the race toward Raqqa from Tabqa, in addition to supporting regime forces in the battle to expel ISIS from Deir-ez-Zor. The problem here is the lack of sufficient regime forces, which means an increasing dependence on Iranian militias at a time when Moscow wants to send a message to Tel Aviv and regional countries regarding the possibility of reducing Iranian and Hezbollah influence in Syria.

Russia also wants to hurry to achieve progress in the political process in Geneva. It wants to dissolve the opposition and its “platforms.” It also wants to achieve further military advances on the ground and to help the regime forces in regaining territories, whether through military means or through “settlements” and “reconciliations,” the latest of which occurred in the Al-Waer district of Homs. Moscow also hopes to deploy a Chechen Sunni military police, in the place of Iran’s militias, to reassure regional countries. However, Tehran is monitoring the changes on the ground and it is not possible for it to easily accept giving up “useful Syria” after it has invested in military, security and monetary terms to prevent the downfall of the regime and its survival, despite cost and geography.

Between this and that, a new round of Geneva talks is being held. Consultations between the Syrian parties are occurring under fire. The wheel of the political process remains spinning until the fighting fronts, lines of contact, areas of influence and territories bitten off stabilize. Syrian territory has changed and is becoming more complicated every day. When every regional or international player seizes a spot of Syrian territory, the Syrians are dragged, both opposition and regime loyalists, to Geneva to sign and give legitimacy to the deals and understandings of others on their territory.