With the power balance in northern Syria looking as if it could tip the way of the Kurds, will Syria's previously neglected community repeat the mistakes of Assad's dominant minority experience, Eyed al-Jaafari asks in Lebanese Al-Modon 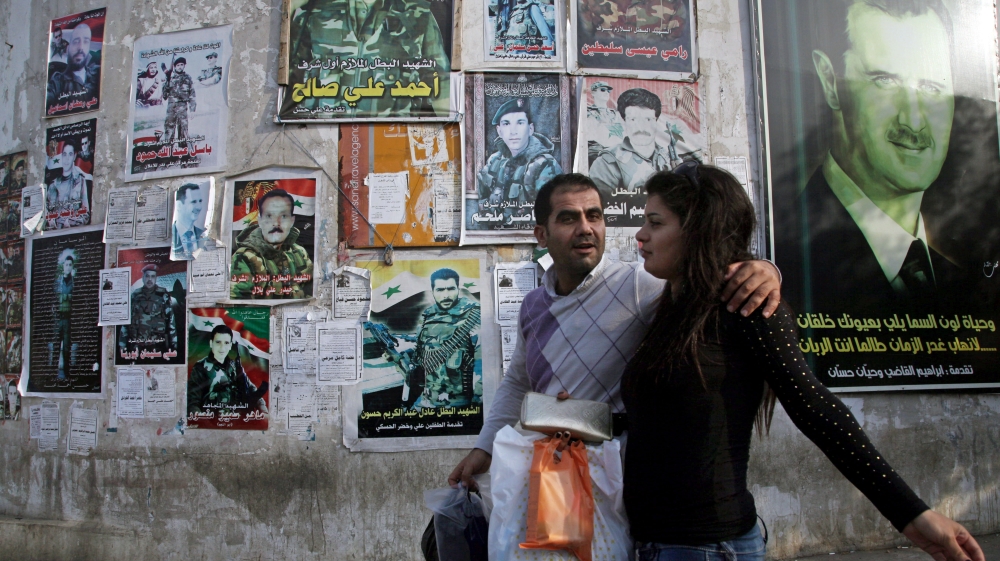 All parties to the conflict in Syria, whether local, regional or international, are aware of the objective, demographic, logistical and economic facts that govern the current long-term horizons of the Kurds under international supervision in the country’s north.

The Kurds themselves know they have entered into a totally different stage than that which had occupied their minds for decades. Today they are not only trying to take control of areas where they have a historical and concentrated demographic in Syria, but are moving toward Arab-majority areas where they comprise an insignificant demographic minority.

The Kurds also know, naturally, that their situation in northern Syria will not, in the future, be better than the situation of their counterparts in northern Iraq. Their main economic and logistical outlet will be in Turkey, to the north, unless they enjoy some accord with groups inside Syria.

These facts are also acknowledged by the Turks and Iranians. They are also known, without doubt, by the Americans and Russians. But why are both Washington and Moscow backing, with strange insistence, the Kurdish expansion in northern Syria toward areas where Kurds do not have demographic weight?

The Americans claim that the Syrian Democratic Forces militia — which everyone knows is essentially Kurdish and that the Arabs are nothing more than token support — are the best land force in its war against the Islamic State (ISIS). And as long as the Turks are offering an alternative, which is fully available, and enjoy an Arab land force which is accepted by the people of the region, why would the Americans ignore this alternative? Or even detract from it?

Naturally, American observers and think tanks have voiced many interpretations, for instance that the capabilities of the SDF have been tested, and this is what pushed the Americans to rely upon them because it is much faster than the Turkish option.

However, these same analysts recognize that the Kurds will face serious difficulties in holding onto territory and running it after ridding it of ISIS. This is for a number of reasons, not least of which is that the area in question comprises a large area in which they do not hold demographic centers that agree with them.

Despite that, the Americans are insistent upon the Kurdish option and are ignoring the Turkish option with various pretexts. Why?

One of the answers may lie in the intention of the Americans to find a Syrian land force to be an American ally, just as the Turks have their allies deep in Syria, as do the Russians and Iranians. The issue, simply put, is that the Americans want to bolster a force they consider a guaranteed ally inside Syria that they can rely upon in ensuring their interests and participating in drawing the future of Syria.

However, in the midst of this American goal, it seems that the establishment is leading to a repeat of the experience of minority rule in Syria, thus creating a divided nation.

In the Syria which we have known for decades, in light of the Assad family rule, its primary guarantee of stability was the continued dominance of the Alawites over all other groups. Therefore, when this dominance was qualitatively threatened, we began to see the Syria that we know collapsing.

“Assad’s Syria” was not sustainable according to criteria for stability — it was stability based on the dominance of a minority over the majority. That is, it was a threatened dominance, and subsequently a state with threatened stability. More dangerous than that, the group which achieved dominance, the Alawites, themselves were threatened throughout decades by any movement hostile to them, and therefore enlisted most of their sons in the coercive apparatus, such as the security forces and the army, to ensure the stability of the sectarian dominance over the other constituents of the Syrian social fabric.

In the Kurdish situation, if matters advance to their furthest extent in accordance with the American scenario which is currently visible, it seems that the Kurds will become Syria’s new Alawites. Rather than dividing Syria, it may be possible to establish a state with a Kurdish military and security component maintaining its primary stability. This means that the Kurds will also be forced to enlist most of their sons in the security services to ensure the stability of their dominance.

The scenario could drown in pessimism. However, who said that the Americans want a successful division of Syria? And where is the American interest in backing a surrounded Kurdish entity in northern Syria, on the model of its Iraqi counterpart? Indeed, where is the Iranian and Russian interest in supporting an Alawite entity unable to survive economically without continuous Iranian financing?

There is no interest for any international or regional player in dividing Syria, because it will result in weak entities that require foreign support and which will therefore become drains on their backers, instead of being sources of advantage for them.

A united Syria — this is what is being disputed by the dissonant elites, each of them tied to a foreign force and representing their interests. This is the best scenario for the various foreign actors. On this basis, it seems that the Americans believe that the Kurds will be their most secure representatives in the future Syria.