In a special op-ed for The Syrian Observer, the coordinator-general of the High Negotiations Committee explains that untying the Syrian knot will require isolating external influence on the Syrian scene, a transition with the establishment of a new political system, and the firm application of international law in order to hold war criminals to account 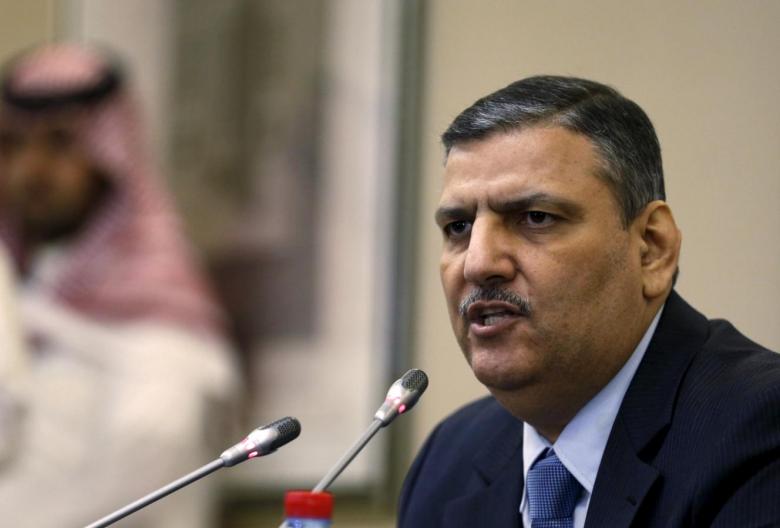 Three weeks ago, we marked the sixth anniversary of the Syrian revolution, which started as a spontaneous movement stirred by the breezes of the Arab Spring. Waves of people of all walks of life took to the streets calling from freedom and for the downfall of an outdated, authoritarian, totalitarian regime.

However, this image soon changed, as the Syrians who had a peaceful movement and patriotic demands found their homeland drowning in the furnace of a proxy war, of which their country became one of the most polarized zones of conflict.

In light of the repellent environment that pushed more than 12 million refugees and internally displaced persons (IDPs) out of their homes, the regime has worked hard to bury the popular demands through the introduction of international extremism and Persian expansion, in accordance with a systematic policy intended to threaten the regional security order and transport the crisis to neighboring countries.

However, Syrian President Bashar al-Assad’s corroded regime, in the framework of legitimizing its crimes, lost control over the course of events, and the primary problem which we have faced since the formation of the High Negotiations Committee has been negotiating for a political transition period with a fascist regime which has lost its legitimacy, sovereignty and control on the ground and no longer owns its political decisions.

The Syrian crisis is no longer a mere crisis between an authority and its opponents, but has become, since the blatant Russian-Iranian intervention, a battleground with overlapping threads of conflict and intertwining axes composed of: Turkey and the neighboring Arab countries, the Gulf Arab states, the European Union states, the United States of America, Russia and Iran, so that the crisis has become a source of urgent global concern as it has exceeded the reasonable boundaries of disciplined international competition.

There is no doubt that the battle for liberation in Syria has turned into a scene of international conflict, and it is imperative that the United States, in particular, and the Friends of Syria group, in general, assess their strategic options to manage this conflict within a collective security organization, achieving a strategic partnership with the active international forces to formulate a comprehensive program to confront trans-boundary militias and fight the extremist organizations which threaten the security of these states and their stability.

We believe that the first step to overcome the obstacles to reaching a political deal is as follows: isolate the external influences on the internal scene – an effort where we look forward to the assistance of friendly and brotherly states until we are able to reach a formulation for the foundations of a peaceful transition. Undoing the Syrian knot should begin with confronting Iranian expansionism in the region and addressing Tehran’s aggressive behavior and its attempts to inflame sectarian hatred and social tension.

Part of the equation also lies in confronting Moscow’s attempts to form a security and military coalition with a hub extending from Tehran to Beirut, passing through Baghdad and Damascus by establishing a series of air and naval bases and distributing lethal Russian weapons by employing them against civilians in Syria.

On the sides of the political geography mobilized for this formula, there must be an aim to curb the trans-boundary ethnic and sectarian forces which have been mobilized as proxies on the geopolitical, social and cultural axes to weaken the traditional centers of power and to redraw the region’s political and social map. To quote the great French historian Fernand Braudel in his book, A History of Civilizations, “Maps tell the essential story.”

In contrast to these dangerous challenges to the international security order, the new American administration has been included to respond to popular demands to limit foreign intervention and move toward solving domestic problems, leaving a wide margin for ambiguity around its position regarding the deep transformations which the Middle East region is witnessing.

In light of the complexity of the foreign dangers and the growth of their threats to domestic security, the new American administration must be aware that electoral changes should not affect fixed U.S. foreign policies, including: protecting international transport hubs, maintaining the security of its allies and protecting natural resources. American forces today face difficult choices ranging between breaking up global extremist networks, which have made Syria into a focus for their concentration, and limiting the Russian push to establish a center of influence at its expense in the Middle East, as well as confronting the conflicts of Iranian expansionism, in which erroneous calculation could lead to the eruption of a military conflict which could have serious consequences for all parties.

The international stage today brims with deep transformations, including: the Turkish-Russian alliance aiming to marginalize the traditional military role of the NATO alliance and weaken the influence of the European Union, which has begun to break down as a result of the consequences of economic crises and Britain's exit from it, in addition to the Iranian-Turkish dispute and the growing complications linked to the Euphrates Shield operations in northern Syria and the battles against ISIS in Mosul.

Coinciding with these international transformations, the Syrian stage is undergoing parallel transformations including: the opposition’s loss of the eastern districts of Aleppo and the fall of Palmyra, which has begun to escalate events in the Ghouta, the southern province and in the Aleppo countryside; the growing violations of the cease-fire agreement by Iran and the militias under its authority despite Russian vows in Astana 1 and 2; and opposition forces entering into fierce battles with ISIS and the Nusra Front (under the supervision of Al-Qaeda), in addition to the confrontations with the People’s Protection Units (YPG) which have broken out from time to time.

In light of the unstoppable killing, the regime and its allies have carried out various crimes: systematic killing, air and artillery bombardment, dropping barrel bombs on areas populated with civilians, carrying out arbitrary arrests, pursuing policies of forced displacement, starvation, siege, and other monstrous and barbarous acts the likes of which the civilized world has not known since the Nazi era. Meanwhile, the hopes of Syrians have turned toward the United States implementing its commitments to make the truce efforts a success and establish safe zones which will provide protection for civilians from the holocaust of the 21st century.

The second axis to untie the Syrian knot is the domestic scene, in which the High Negotiations Committee participates by bolstering United Nations efforts to achieve a political transition through U.N. resolutions and international law, and by supporting the negotiations which the world body oversees, understanding that the solution to the Syrian crisis lies in securing the appropriate environment to push forward the political process. Last September, the Committee put forward its vision for the transitional stage in accordance with the Geneva 2012 statement and the related U.N. resolutions which aim to establish a pluralistic system focused on the principles of citizenship, human rights, transparency, accountability and the rule of law.

The vision represents in its entirety a response to the aspirations of Syrians for emancipation from dictatorship and a formula for a new social contract for Syria, establishing a new political system representing all the constituents of the people without religious, sectarian, doctrinal, ethnic or class discrimination or exclusion, and maintaining legitimate rights within a framework of collective national identity and a single nation in which women enjoy full public and individual rights with the guarantee of their active and constitutionally ensured participation in all state institutions, agencies and decision-making positions at a rate of 30 percent.

Regarding confronting terrorism, the Committee’s plan is based on a comprehensive vision to confront ideologies of extremism by addressing and treating the social problems and absorbing young people to limit the danger of them becoming conscripted to fight with ISIS and other extremist groups. The war against terrorism is a comprehensive battle which includes intellectual confrontation alongside military confrontation, and eliminating the organizational and intellectual bases fueling extremism, sectarianism and oppression. The social confrontation also includes keeping young people away from the environment which incubates extremist ideas by providing safe zones for civilians and returning refugees and displaced people and adopting developed plans for de-radicalization and national reconciliation programs, deterring reprisals and maintaining the rights of citizens within a framework of collective national identity and a single nation, in addition to the economic battle which requires launching reconstruction projects.

The Committee is continuing its efforts to achieve all aspirations of the Syrian people, whereby it plays its part in maintaining the unity of the country and state institutions and working toward developing reference documents for the transitional stage, an arduous process of foundation in which all Syrians must enter hand in hand, having given major sacrifices to be emancipated from dictatorship and reject ideologies of extremism and hatred.

The third axis for untying the Syrian knot lies in an element which has been missing since the eruption of the conflict, represented in the need to firmly apply international law. In light of the lax international attitude around the regime’s use of poison gas and chemical weapons and the brutal escalation carried out by the Iranians and their sectarian militias against civilians, as well as the bombardment with cluster bombs, phosphorous bombs and other internationally banned weapons, the civilized and democratic states must stand firmly against the forces of extremism, barbarism and tyranny, a battle in which half-solutions have no use. There is no excuse for appeasement of opponents or trying to reach half-solutions with them. The Western states proved the error of laxity with the Nazi and fascist forces with regards to Poland, Czechoslovakia and the Balkans in 1939 — and the price of that error was millions of deaths in a destructive war the likes of which humans had not seen.

The United States of America must assume its leadership position amongst the allies in a civilizational challenge to protect freedom and democracy against an axis which brings together forces of dictatorship, oppression, extremism and radicalism within a strategy similar to the Eisenhower doctrine of preventing the group of states of moderation and democracy from collapse.

It can be said that when there is decisive international desire to advance the transition process, it will be possible to reach a political solution in Syria.