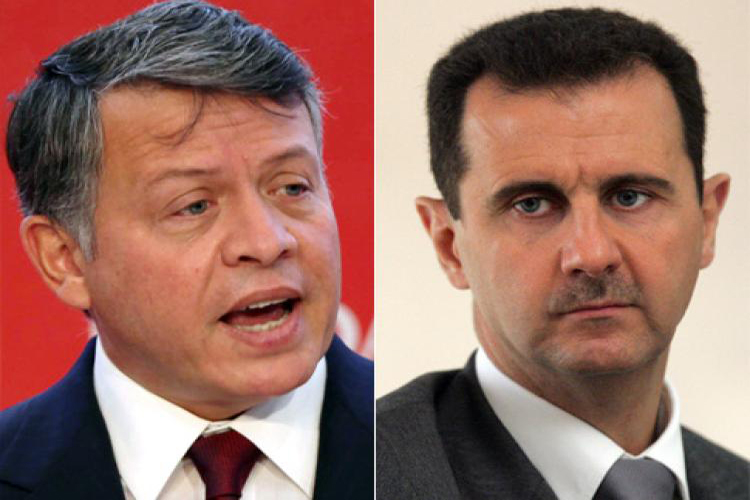 The Jordanian role in the aggression against Syria has not been hidden to the Syrian government, ever since the beginning of the crisis. Syria recognizes its enemies and friends precisely, even if it has sometimes remained quiet on the issue. It wanted to give those who carried out crimes and aggression against it chances to pull back and time to return from their path. This has been the situation of Syria with Jordan, which has opened its doors for years to every aggressive act carried out or launched from its territory. No one can forget the Eager Lion (military exercise) maneuvers, of which much is said, especially in terms of preparing foreign military forces for aggressive operations to target Syria from the Jordanian border.

Today, with the increasing complexity of the Syrian scene – including the leaks which surfaced revealing the aggressive plan to cut southern Syria off from the nation in order to establish an Israeli security belt under a different name, with the Jordanian role becoming clear in this sinister ruse intended to be implemented with Israeli-Jordanian-terrorist partnership under the leadership of America (using the Military Operations Center established in Jordan), and with the appearance of the leak of the “Houran document,” which warns of the approach of a separatist project and the extent of the Jordanian role in it – it is no longer permissible to remain silent about the aggressive, malicious actions which Jordan is carrying out against Syria.

Syrian President Bashar al-Assad in a recent speech was explicit as usual when he defined Jordan’s contributions to the aggression against Syria. Many “terrorists have been entering from Jordan and from Turkey, of course, since the first day of the war in Syria, and the past and present Jordanian role has not been hidden from Syria,” he said. Jordan, as Assad put it, “has been part of the American plan since the beginning of the war in Syria, and it has abandoned itself to be used by America, whether it likes it or not, as an agent to implement its orders.”

Syria has decided to called things by their names, although it knows, as Assad said, that “Jordan is not an independent country in any case, and everything that America wants will happen, and so if it wants to use the northern part of Jordan against Syria, they will use it.”

The cautionary Syrian position is not directed at Jordan alone, but to the leadership of the aggression which Jordan is part of and is being led from inside southern Syria. If the previous plan failed to achieve the aims of this aggression, the new plan, which depends on Jordan and Israel, will not have a better fate. Syria, the Axis of Resistance, and Russia – who have successfully fought a defensive battle – derailed the previous plans and are ready and able to derail the new plan of aggression too. Neither Jordan nor Israel will have a chance to affect the integrity of Syrian territory, whatever the sacrifice.

If America is waiting to achieve a military victory and play the Israeli card in Syria to return to the negotiating table in Astana and Geneva, it will be waiting a long time and it will see how terrorism falters and collapses, as well as how the Syrian Arab Army and its allies will advance in the field and gain victory after victory.