Munzer Eid laments the decision by the U.S. president to include Saudi Arabia among the destinations for his first foreign trip, in piece for loyalist newspaper Al-Thawra 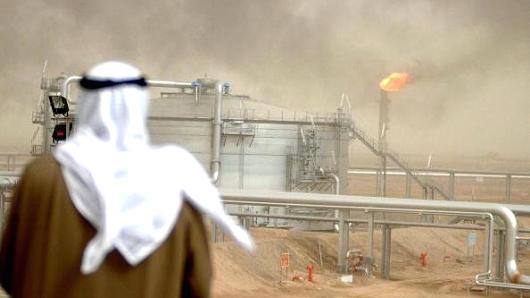 In politics there are no permanent enemies and no permanent friends, only permanent interests — our contemporary history is testament to that, and U.S. President Donald Trump gave the best example when he announced his first foreign trip would include the Kingdom of the sons of Saud.

Why the surprise? And why is Saudi Arabia Trump’s first station? One following Trump’s statements before he reached the White House would well note the torrent of accusations which he launched against the Saudis and his warning that they should pay for protection against the danger of neighbors which is blowing in, according to the American-Saudi claims, from the east.

Even those with poor memories will remember some of what Trump said before he became president: The Clinton Foundation is a criminal institution backed by Saudi Arabia, Qatar and other countries which treat women badly; and America protects Saudi Arabia, which is a rich country with huge amounts of money but does not pay anything, and Riyadh should pay for its protection if it is to be shielded from Iran. There were many such statements repeated.

Trump’s rhetoric and the image of Saudi Arabia in his mind is nothing more than a dairy cow and a market for arms sales, which is why it is his first foreign stop — not because of love for the democratic experiment of the sons of Saud or to discuss with them, or taste their camel urine.

Trump is not going to Riyadh as a president or on a state visit, but as an arms dealer and tax collector. Trump is visiting the Kingdom of the sons of Saud and it is certain his intention is not to transfer the experience of Saudi parliament to his country nor to benefit from the social and political freedoms in the rackets of ignorance.

The aim of Trump’s visit to Saudi Arabia is not hard to discover from the sons of Saud, as they are more shrewd than their master, and so they are preempting the visit of the lord to his plantation by preparing the account books and ordering weapons worth tens of billions of dollars. Salman bin Abdulaziz danced with George Bush when he was the emir of the Riyadh province, and so the king is preparing to dance with Trump to the tune of Mohamed Abdu’s song “Flirtation.”