Naim Ibrahim questions the reason behind Qatar's funding of fighters in Syria and its calls for the departure of Assad, asking: would Doha give up power if the shoe was on the other foot? 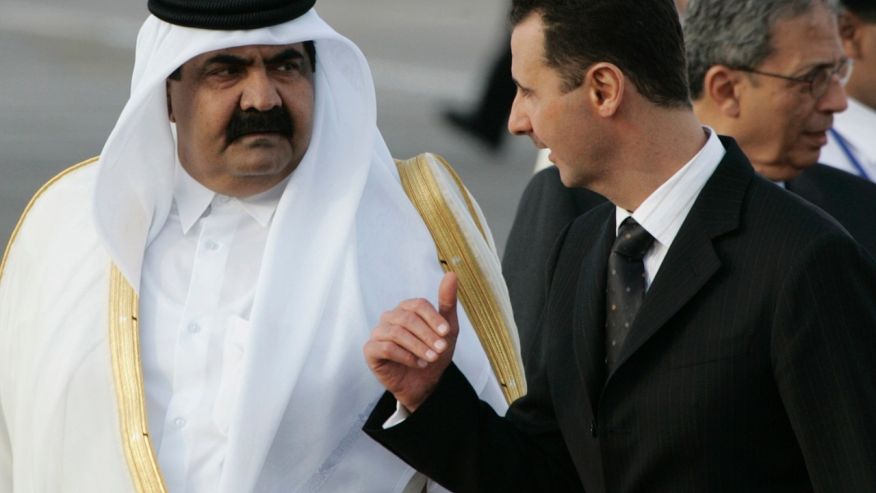 Strangely, the ruling regime in Qatar insists upon its plans in Syria which it has no right to put forward and make frenzied efforts to achieve.

It is both new and old what the mentality of this regime has come up with, with its Foreign Minister Mohammed bin Abdulrahman al-Thani saying on Tuesday that the Astana agreement is a positive step but is not an alternative to a political solution in Syria through which President Bashar al-Assad leaves power.

In his comments to Al Jazeera after meeting his American counterpart Rex Tillerson in Washington, the Qatari minister added that fighting terrorism is one of the main issues that was discussed with the United States, noting that there is close cooperation between the two countries in battling terrorism funding, which he says has become a growing phenomenon in the region.

The obvious question which presents itself repeatedly and continuously is: What is the Qatari regime’s concern with a Syrian internal issue and its insistence for the seventh year running on the departure of Assad?

If someone intervened in internal Qatari affairs and tried to bring down the regime in the country, would the Arab people in Qatar accept this intervention? Would the Qatari regime then bow and leave power?

Regardless of the positions of this regime and the dirty role it plays through its petrodollar policy supporting international terrorism and subordinating itself to the colonialist Zionist and American and Western policies, which aim to break apart the Arab nation and loot its options and its capacities, any attempt to intervene in Qatari affairs would be rejected in whole and in part, because this is a matter of independence and sovereignty of a brotherly Arab nation. The issue of its regime should be left to its people, and everyone understands that all those who support and back terrorism and occupation must be tried before a fair, impartial and decisive judiciary.

The Qatari regime and those who fly in its orbit and are under its authority in international terms are content to play this aggressive military, intelligence, political, economic, media and social role in the dirty game. Today it has been exposed and the least that can be said to the Arab reactionary officials playing the game is: Shame on you, playing a role against the interest of your nation from the sea to the Gulf. Shame on you for being used to pursue policies of countries and coalitions who do not want this nation to be revived, to build its civilization at all levels and to rival others internationally.

It is certain that the Qatari regime and those like it will sooner or later kneel at the gates of Damascus begging and surrendering to the will of the people, the army, the resistance and the command in Syria, after achieving a major victory over the Arab Spring plot. Everyone with vision and insight should wait for this.