In the Middle East, the truth of the American role is rooted in hostility as it pushes the region toward further destruction in order to achieve its aims, columnist Mustafa al-Miqdad writes for Al-Thawra 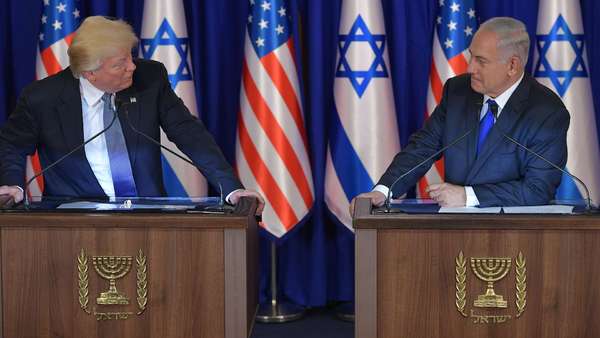 In his first tour outside the United States, President Donald Trump is acting with contradictory mechanisms according to the place he is visiting and the world leaders he is meeting. In Riyadh, his speech involved preaching and threats. In occupied Palestine, it was submission, appeasement and the request of endless friendship. The Zionists are able to pressure groups inside the United States against the new occupant of the White House, and so he is staggering between contradictory choices, unable to make a decision before the courts and Congress.

Trump, who comes from the world of gambling and risk-taking, is now gambling with the fate of peoples, and is urging their rulers to squander the wealth of their countries, buying more weapons and employing them among the peoples of the region themselves, and among the children of one people. Therefore, the president of the strongest nation does not at all reflect the role expected of his country as a state with veto power.

The U.S. has been the state to use this power most in support of Zionist aggression over the last 70 years and today it is indulging in it more and more, while pushing the region toward more destruction in order to achieve its main aim of supporting the Zionist presence in occupied Palestine, and achieving its economic aim of increasing the profits of weapons manufacturers inside the United States — something which could strengthen Trump’s position with the major economic blocs, for whose pursuit of profit he is placing no obstacle.

In light of the agreements and deals resulting from the meetings, consultations and discussions of both Astana and Geneva, it seems the truth of the American role is rooted in aggression, and that it is unconcerned and uninterested about establishing peace and security in Syria or in any region of the world — colonial interests are inherently aggressive, and it is not possible to change them except through conflict and derailment.