Writing for regime mouthpiece Al-Watan, Maysoun Youssef claims that U.S.-backed groups attempted to blame the Syrian government for its own use of chlorine gas in Ain Termeh 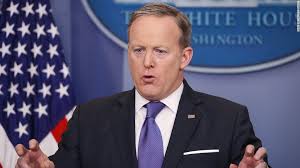 America has gathered all its strength in order to contain its successive failures in Syria. For seven years America has on the field and in its policy presented plot after plot, and Syria and its allies have stood against the aggression with bravery, professionalism, strength and power, which has thwarted the aggressor, its tools and followers, and left them wallowing in the muck of defeat and failure, making them resort to the fabrication and deceit which they depend on to hide the victory and to erase the signs of defeat.

America has resorted recently to the return of the chemical weapons card – which it claims the Syrian government used in fighting the terrorists – used as a tool in its aggression against Syria and the region.

In the beginning, America claimed that it had evidence proving the the Syrian government was preparing to use chemical weapons, a claim which sparked derision and scorn among many neutral experts. Since how could America convince an objective mind that it was possible to differentiate between military preparations for normal bombing and chemical bombing? Unless, of course, the Syrian government itself informed them of that and provided them with the types of chemicals and the targets they intended to bomb.

When Syria and its allies, from Iran to Russia, took positions which America felt were false and hyped up, such as that the aggression against Syria, if it happens, will not pass as easily as it imagines, America pulled out through the chemical weapons agency of the quiver of the Khan Sheikoun issue. The U.S. has refused — and still refuses — to consider conducting a serious objective inquiry into the matter, refusing to rely on an international organization that it dominates and to arrange for its accusations to be looked at. This organization came to Syria and was far from objective and professional with a report, which was not related to the fabrications of rivals, and claimed the Syrian government rejected it.

In its third malicious move on the same path, America resorted through its terrorist organizations to using chlorine gas in Ain Termeh in an exposed theater, then accused Syria of this carrying out the attack. But this time the issue was exposed by Russian observers who were present in the area and who proved with decisive evidence that the Syrian government did not use chemical weapons in Ain Termeh and that its accusations were slander and fabrication.

Overall we see that the American efforts to create a pretext to justify its direct aggression on Syria is a failure, and with that Syria and its allies will not allow any aggression to occur. What America wants with its threats or its aggression will not reach Syria and the decision to uproot terrorism and its supporters and cleanse Syrian territory of them is a decision which cannot be abandoned. Syria will not submit to threats and blackmail, and the aggression upon it will be met from it and its allies with an appropriate and swift response, as the Russian allies have also promised.