Veteran opposition figure Michel Kilo asks if the cooperation between the U.S. and Russia on the de-escalation zones proposal is a step forward, or just hot air 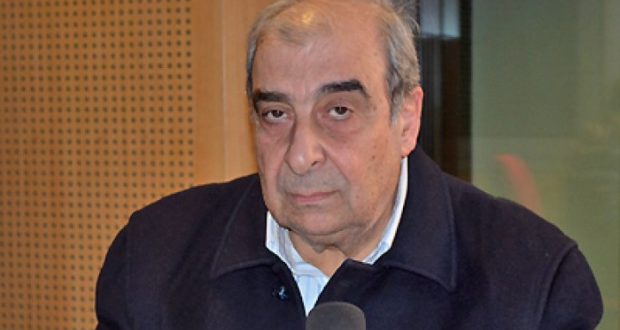 Is the Russian-U.S. agreement on a de-escalation zone in the provinces of Daraa, Quneitra and Suweida a step toward resolving the international and regional conflict in Syria? Or is it part of the six-year international involvement in Syria? To answer the question, we must consider the following:

– The agreement is the first between the two powers in which no one else participates and does not join in the tracks of Geneva and Astana, followed by other steps, as expected, devoted to a new course, which Washington and Moscow will take for their own sake.

– While a red line was drawn regarding Iran with Russia's approval in southern Syria, America set a red line for Turkey in the north, in an understanding between the two giants to reduce the ability of Iran and Turkey to disrupt their consensus.

– The regime, the opposition, and the regional states have no role whatsoever to play in this agreement. Jordan is the only exception, because of its proximity to the area and the need for its trained army to monitor the implementation of the agreement and vast areas in the south and east of Syria.

– The agreement was achieved after the formation of two entities, the Assad entity, which Russia has saved from collapse and which has a say in its implementation; and the Kurdish entity supported by Washington, which also has a crucial voice. The Syrian National Coalition and the Syrian opposition reflect the vacuum state on the international, national and regional levels, such as the relations between Assad and Russia and the Kurds and America.

– The agreement has given the de-escalation zone an element of independence, through its separation by U.S. and Russian forces from the regime and the mercenaries of Iran on the one hand, and enabling them to manage their affairs through democratically elected councils that will manage them as areas — subject to opposition recognized by the two countries. This fact requires the Coalition to convince the people to elect independent, democratic councils and adopt a project of revolution that opts for democracy as a sole alternative to totalitarianism. If united under a single command, it can become the nucleus of a democratic opposition, led by the Coalition, which needs to hurry to reform its institutions to be ale to face the challenges that will likely appear.

Now to the answer: Yes, the agreement will serve our Syrian people, if it is dealt with seriously. Nothing prevents us from pushing it in the political direction we want today and to negotiate for tomorrow, unless we hold onto our dreams about a victory that is within our reach and our ability to achieve our goals.